Declared a Newcastle disease focus in a Huercal-Overa chicken farm

After verifying the detection of the Algete virus by the Central Veterinary Laboratory of Almeria, the Ministry of Agriculture, Livestock, Fisheries and Sustainable Development declared Wednesday, March 13, a focus of Newcastle Disease in a chicken farm in Huercal-Overa, Almeria. 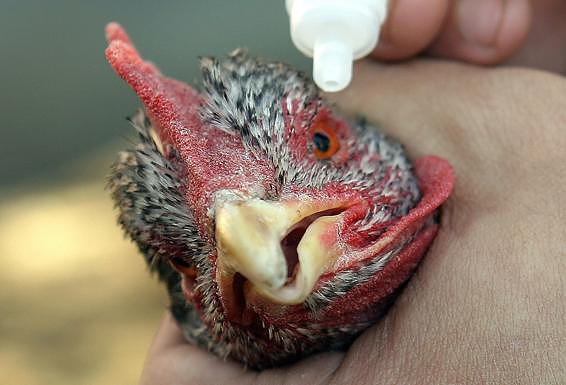 After verifying the detection of the Algete virus by the Central Veterinary Laboratory of Almeria, the Ministry of Agriculture, Livestock, Fisheries and Sustainable Development declared Wednesday, March 13, a focus of Newcastle Disease in a chicken farm in Huercal-Overa, Almeria.

The broiler farm has approximately 10,000 six-week-old poultry, and will need to be slaughtered. The first signs of the disease were detected on June 24, and then there was an increase in mortality over the next few days.

The Official Veterinary Services of Andalusia collected samples and sent them to the Central Veterinary Laboratory of Algete as the National Reference Laboratory for Newcastle Disease, Spain. It was confirmed that this strain of the disease is highly pathogenic. ruled out the existence of Avian Influenza virus.

According to an epidemiological survey, all birds were brought to the farm to be fattened at the beginning May. Since then, there have been no movements to the slaughterhouse. Although wild birds are thought to be the most likely source, it is still being investigated as to the possible origin of this outbreak.

In coordination with the sector, the Junta de Andalucia's veterinary services adopted an immediate set of control measures. The immediate immobilization and inspection of affected farms from the time the outbreak is suspected, as well as an epidemiological survey to determine the origin of the outbreak and which farms are at greatest risk because of the movement of people and their vehicles.

The entire affected farm's population is being killed and all carcasses, feed, and other materials that could aid the spread of the virus are being destroyed in an approved treatment plant.

A restriction zone was also established. It includes two areas. One is a protection zone that extends three kilometers from the site of the outbreak, and the other is a surveillance zone that extends 10 kilometers. There are 17 farms within this restricted zone that have a total of 250,000 birds. These farms include all turkey or chicken fattening farms.

This is the first case of Newcastle disease in Spain's poultry since November 2009 when it was discovered in a Guipuzcoa province game bird farm. Newcastle disease is a common viral infection in poultry and is widely spread around the globe. This virus is only found in birds and can be transmitted through contact with infected animals. It is not a threat to human health from the perspective of food safety.

The General Directorate of Agricultural and Livestock Production of Ministry of Agriculture, Livestock, Fisheries and Sustainable Development recommends health prophylaxis, including the use of vaccines, reinforcement of biosecurity measures within poultry farms, particularly those that aim to avoid contact with wild birds, and reinforcing passive monitoring in both poultry farms and wild birds, notifying official veterinary services of suspicion of disease.

‹ ›
Keywords:
DeclaradoFocoEnfermedadNewcastleExplotacionPollosHuercalovera
Your comment has been forwarded to the administrator for approval.×
Warning! Will constitute a criminal offense, illegal, threatening, offensive, insulting and swearing, derogatory, defamatory, vulgar, pornographic, indecent, personality rights, damaging or similar nature in the nature of all kinds of financial content, legal, criminal and administrative responsibility for the content of the sender member / members are belong.
Related News