- Joe Biden hailed Elizabeth II on Thursday "a stateswoman of incomparable dignity and constancy", saying in a statement that the late queen was "more than a monarch. 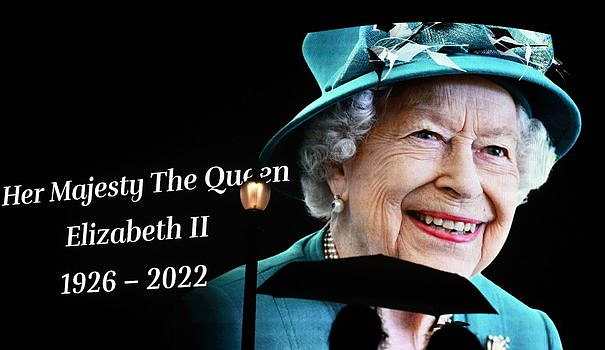 - Joe Biden hailed Elizabeth II on Thursday "a stateswoman of incomparable dignity and constancy", saying in a statement that the late queen was "more than a monarch. She embodied an era."

Elizabeth II "helped make special" the relationship between the United Kingdom and the United States, wrote the American president in a press release. He says he is "looking forward to continuing a close relationship of friendship with the King and Queen Consort".

- Emmanuel Macron paid tribute to Elizabeth II, whom he hailed as "a friend of France, a queen of hearts" having "forever marked her country and her century".

"Her Majesty Queen Elizabeth II embodied the continuity and unity of the British nation for more than 70 years. I remember a friend of France, a queen of hearts who forever marked her country and her century”, reacted the president in a tweet.

"As we offer our condolences to all of our neighbors in the UK on the death of a remarkable friend of Ireland, we are reminded of the role played by Queen Elizabeth in the long friendship" between the two countries with a tormented history, said the president.

- UN Secretary General Antonio Guterres hailed the "grace, dignity and devotion" of Elizabeth II, who was a "reassuring presence during decades of far-reaching change".

The Queen "was widely admired for her grace, dignity and devotion around the world. She was a reassuring presence during decades of far-reaching change, including decolonization in Africa and Asia," he said. said in a statement.

"For more than 70 years, she embodied leadership and selfless public engagement. My deepest condolences to the Royal Family, to our NATO allies - the United Kingdom and Canada - and to the people of the Commonwealth." , he tweeted.

"On behalf of the people of Ukraine, we send our heartfelt condolences to the Royal Family, the whole of the United Kingdom and the Commonwealth for this irreparable loss," President Zelensky said in a social media post.

- Scottish First Minister Nicola Sturgeon, in favor of Scottish independence from London, said the death of Queen Elizabeth II is "a deeply sad moment for the United Kingdom, the Commonwealth and the world".

"Her life has been marked by extraordinary dedication and service. On behalf of the people of Scotland, I send my deepest condolences to the King and the Royal Family," the Scottish leader said on Twitter.

- Israeli Prime Minister Yair Lapid paid tribute to Elizabeth II, whom he hailed as a "unique leader" and an "exceptional figure" who "symbolized devotion and love for her homeland".

- European Commission President Ursula von der Leyen hailed Elizabeth II as "a model of continuity" throughout history, "whose calm and dedication gave strength to many".

"She has witnessed war and reconciliation in Europe and beyond, and profound transformations in our planet and our societies," she tweeted.

"Britain held out a hand to Germany for reconciliation - and the hand of reconciliation was also that of the Queen," Mr Steinmeier wrote in a message of condolence.

- Former US President Donald Trump hailed the "extraordinary legacy of peace and prosperity" that Queen Elizabeth II leaves in the UK.

- Spanish Prime Minister Pedro Sanchez praised in a tweet the "figure of global importance, witness and author of British and European history" that was Elizabeth II.

- The President of Sri Lanka Ranil Wickremesinghe offered "his deepest condolences to the royal family, the government and the people of the United Kingdom".

- Polish Prime Minister Mateusz Morawiecki paid tribute on Facebook to "an icon, a symbol of power, culture and traditions of the United Kingdom".

- The Belgian King Philippe and his wife Queen Mathilde paid tribute to Elizabeth II, "an exceptional monarch who profoundly marked history", showing "dignity, courage and devotion throughout her reign".

- Indian Prime Minister Narendra Modi said he was "pained by the disappearance" of the one who had acceded to the throne in 1952, becoming the first British sovereign not to have reigned over the Indian Empire, who disappeared in 1947 with the Partition and the independence of India and Pakistan.

The British monarch has been "an inspirational guide to her nation and her people", Mr Modi said as he offered his condolences to the royal family and the British people.

- Arif Alvi, President of Pakistan, the second most populous country in the Commonwealth after India, hailed the memory of "a great and benevolent leader".

His death leaves a huge void whose memory "will remain etched in letters of gold in the annals of world history", he added.