State television limited itself to the bare minimum, announcing briefly and without emphasis his death and broadcasting a few photos and videos from the archives. 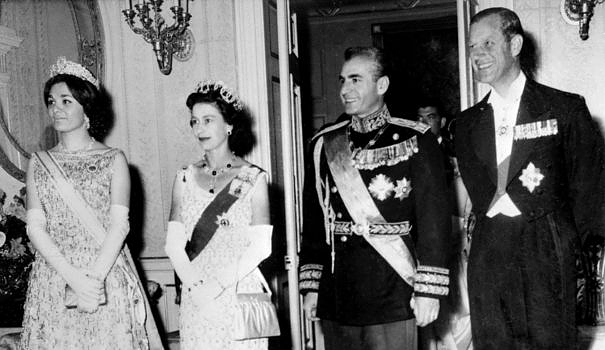 State television limited itself to the bare minimum, announcing briefly and without emphasis his death and broadcasting a few photos and videos from the archives.

"I saw the news of his death on Instagramn, I didn't feel anything and frankly I don't care," Haniyeh, a student, told AFP.

While televisions around the world have changed their programs to announce the death, Faraz, a seller in the Tajrich market in the upscale north of the capital, claims to have never heard of it.

"I don't have television (...) I don't know it," said this young man serving a customer.

If Iranians are very interested in domestic and international politics, most on the other hand remain indifferent to the royal families since the Islamic Revolution of 1979 which brought down the monarchy.

His son, Prince Charles also came in 2004 for a humanitarian mission after the terrible earthquake which caused tens of thousands of deaths in Bam, in the south-east of the country.

Relations between the UK and Iran have always been complex. Iran was invaded in 1941 by British and Soviet forces to secure the British oil fields at Abadan (west).

During this occupation, Shah Reza Pahlavi, found guilty of too much sympathy with the Axis, was deposed and replaced on the throne by his young son Mohammad Reza Pahlavi.

But what has remained engraved in the memory of many Iranians is the overthrow in August 1953 by the British and American secret services of Prime Minister Mohammad Mossadegh who had nationalized the oil industry.

"Queen Elizabeth II was one of the designers of the coup that overthrew the government of Dr. Mossadegh", assures Internet user Helma on Twitter.

"Don't make the Queen of England a saint. Helping the Ba'thist regime in Iraq in the war against Iran (1980-1988), the coup against Mossadegh, the murder of Princess Diana, the aid brought to the United States in the attack in 2001 and 2003 against Iraq and Afghanistan, the murders against the people of Northern Ireland are among its crimes", accuses on Twitter Majid.

A recent book, "The Secret Royals", by Richard J. Aldrich and Rory Cormac, asserts that the queen did not cherish the "boring" shah in her heart and "hated his company". However, she would have been angry with the British government for having "let her down" after her flight from Iran.

The queen, who died on Thursday, however, found favor with supporters of Mohamad Khatami, president of the Islamic Republic from 1997 to 2005. The "@Khatamy" Instagram account, with nearly a million followers, has thus shared photos of the Queen as well as those of Prince Charles with Mr Khatami.

The latter had notably said "appreciate the English" for "having established democracy at home".