This 33-year-old father, that evening in a crisis of dementia, succumbed to "slow mechanical asphyxia", linked to two strangulation keys and his being kept on the ground for a total of more than six minutes on his stomach, hands cuffed behind their backs. 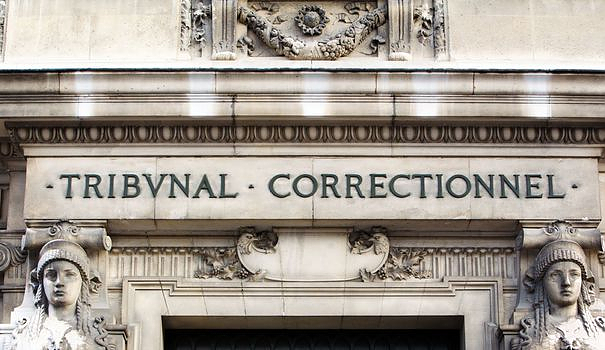 This 33-year-old father, that evening in a crisis of dementia, succumbed to "slow mechanical asphyxia", linked to two strangulation keys and his being kept on the ground for a total of more than six minutes on his stomach, hands cuffed behind their backs.

The court sentenced the same sentence to Anthony B., 46, the peacekeeper who committed the strangulation gestures, Sébastien P., 48, at the time a brigadier, who pressed his knee on the lower back and on the arm of Amadou Koumé, and Major Didier M., 62, the highest ranking officer that evening.

They were found guilty of "mistakes" directly related to the death of Amadou Koumé, the first for his use of force, "certainly legitimate", but "insufficiently controlled", as well as for having left Mr. Koumé in position belly without inquiring about his state of health.

Sébastien P. showed an "obvious lack of discernment" by not "taking an interest in (his) state of health after a very eventful arrest" and when he no longer represented "any more danger," according to the court.

Didier M. was guilty of "a succession of negligence and shortcomings" as "responsible for the operation", present in the bar, during transport in the van and on arrival at the police station, where the death of Mr. Koume was declared.

More than seven years after this death, the family, whose complaint with civil action had relaunched the investigations after a filing without follow-up, had come to hear the decision in court on Thursday morning.

"Hearing the word guilty naturally is a satisfaction in such a case, but the sentence is relatively lenient, so there is a bit of justice that is done", governed Me Eddy Arneton, their lawyer.

"It will not bring back Amadou Koumé, nevertheless his family now knows precisely the circumstances in which he died and also knows that his death was due to police officers, so it is a step, and we welcome as such," he added.

Anthony B.'s counsel declined to comment immediately. The defense, which had pleaded for release during the trial from June 27 to July 4, has ten days to appeal.

The prosecutor had requested a one-year suspended prison sentence against the three police officers.

A controversial technique, the choke key, banned in the gendarmerie and officially replaced in 2021 in the police, is at the heart of several investigations opened after the death of men arrested.