“After the time of crisis management, now comes the essential time of in-depth analysis and feedback,” insists the executive council of the Corsica community. 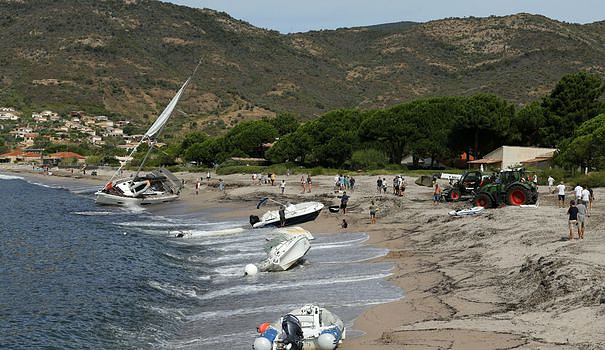 “After the time of crisis management, now comes the essential time of in-depth analysis and feedback,” insists the executive council of the Corsica community.

Wondering in particular if "we could have better anticipated the arrival of this storm of exceptional violence", with gusts measured at more than 200 km / h, the council evokes the possibility of "measurement buoys off Corsica ", which would perhaps "have made it possible to detect the violence of the storm before it breaks on the coasts".

After placing Corsica on yellow vigilance for thunderstorms on Wednesday, Météo-France had switched the island to orange vigilance only a few minutes before the gusts hit the coasts Thursday morning around 8:30 a.m.

As of Thursday afternoon, the weather forecasting body had denied not having activated this heightened alert level soon enough, conceding that it had been "surprised" by an "exceptional" but "difficult to predict" situation by its models. digital.

In its text, the executive council of Corsica also wonders if "the reduction in staff within Météo-France has reduced the quality of surveillance, especially at night".

Passing through Corsica on Thursday and Friday, in the campsites hit by the storm, the Minister of the Interior Gérald Darmanin had promised that, "as always", an investigation would be ordered from Civil Security.

This investigation should "allow all these questions to be answered and its conclusions must be made public as soon as possible", insisted the executive council of Corsica.

"We will have to rethink our alert and security systems", declared Emmanuel Macron on Friday evening, in Bormes-les-Mimosas (Var), on the occasion of the ceremony of the 78th anniversary of the liberation of this commune. Var by Allied troops.

Shortly before the publication of the executive council press release, its president, Gilles Simeoni, for his part announced on Twitter on Sunday that he had written to Mr. Darmanin "to request that all explanations be provided, in particular on the procedures for analyzing weather risks. and those triggering alerts".