The chip weighs six grams, is no larger than a postage stamp and is reminiscent of a miniature puck in shape and color. 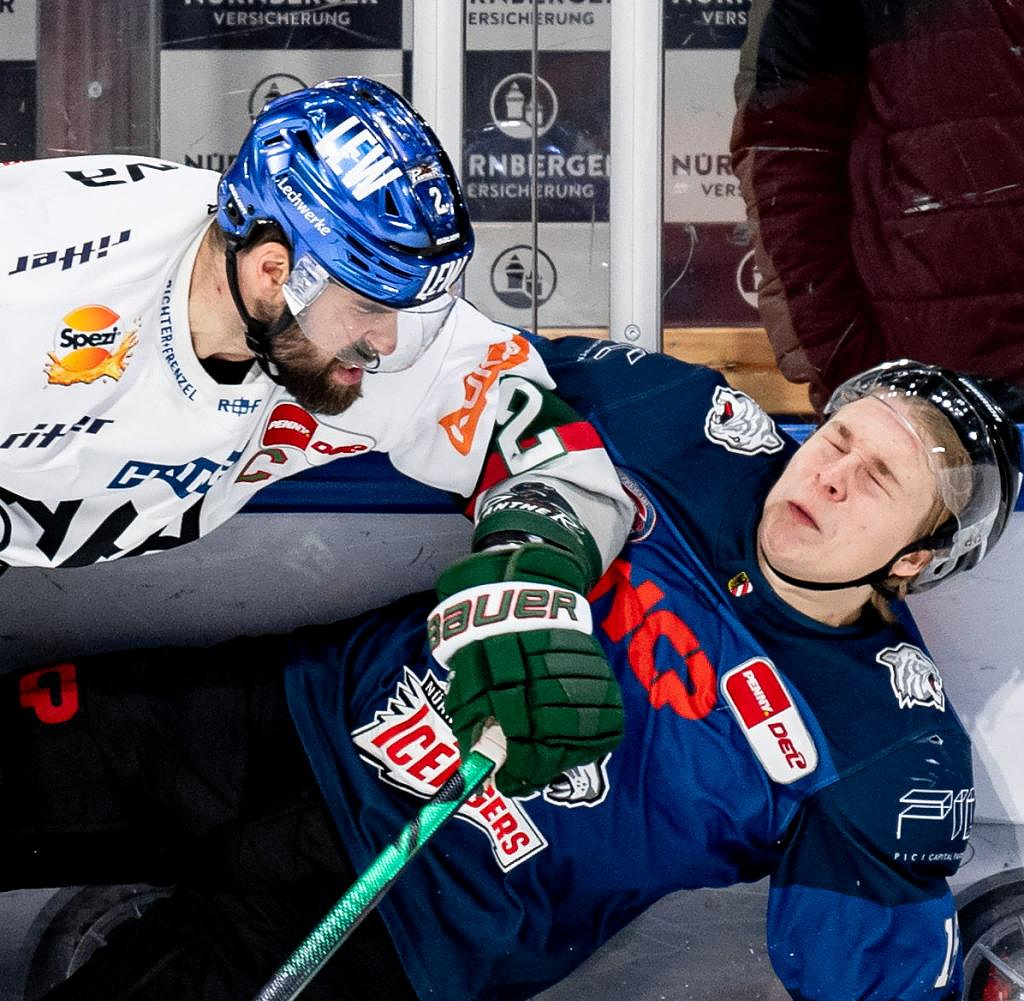 The chip weighs six grams, is no larger than a postage stamp and is reminiscent of a miniature puck in shape and color. The small, black piece is sewn into the players' jerseys and has a clear purpose: to make the German Ice Hockey League (DEL) even more attractive. Every shot, every pass, every movement is recorded from this season onwards - the data revolution of the DEL is another move in the eternal fight for second place in team sports behind king soccer. Since a slightly modified chip is also hidden in the puck, the possibilities for collecting data are huge.

"It is important for German ice hockey that we can create something unique here and offer more. There are no limits,” says Miska Kuusisto, vice president of Finnish company Wisehockey, which invented and markets the chip. The stream of data does not dry up during the games, the games become transparent.

"Where is the puck going? Where is a goal most likely? Who should get the pass? Does another player make more sense in a situation? There are many options because there is endless data that can help,” says Kuusisto. In his opinion, the analysts can be happy about this amount of data: "Now the teams have to find their own way of working with it."

Used correctly, the data can make the world's fastest and, to the untrained eye, often confusing team sport more understandable and tangible for spectators in the hall and on the screen. The clubs can use the video cubes and LED boards to inform their fans in real time about checks, bad passes, kilometers run and shot speeds. The league can create all sorts of rankings on its website and via social media.

“In the field of digitization, we are setting new standards through our cooperation with Wisehockey. In this way we can create new services for our audience and thus address the areas of sports betting, TV, apps as well as the arenas and the fans on site in a new and innovative way," says DEL Managing Director Gernot Tripcke in an interview with WELT AM SONNTAG.

But the league and clubs still have a long way to go to bring the services to the fans. The flood of data has to be channeled – by trainers, scouts and marketing departments. The first games of the season have shown that there is still a big gap between the possibilities and their implementation. For example, the halls of the small clubs such as Straubing, Bietigheim or Wolfsburg are at a clear disadvantage in terms of infrastructure compared to the multifunctional arenas in Cologne, Mannheim or Berlin.

All clubs have created the technical requirements for data collection. The tracking does not run via cameras installed in the stadiums, as in the Bundesliga, but via 20 to 28 locators distributed throughout the hall. The chips send the recorded data to a router via Bluetooth with a delay of 200 milliseconds. The data is collected almost in real time.

"It's a great tool and an exciting instrument, both for our sporting management and for the fans. The data obtained makes the game and its actors more tangible. They are also very marketable. All in all, a great win for German ice hockey,” says Harald Wirtz, Managing Director of Düsseldorfer EG.

The data just has to be used and processed correctly. The fact that this is still in its infancy can also be seen with the newly promoted Frankfurter Löwen. "The videos and graphics generated by Wisehockey can also be prepared for the press and social media areas, which enables intensive 'storytelling'. This also creates further marketing opportunities. We incorporate this variety of information into our considerations for further development in the classic media sector, but also in marketing," says Andreas Stracke, Frankfurt's Head of Marketing.

The league still has to learn how to profitably use the communication and marketing opportunities of the data revolution. The users on the DEL homepage are still looking in vain for who fired the hardest shot of the day, who gave out the most body checks and who was the hardest-working skater. There is still a lot of room for improvement when it comes to using the data for marketing and communication purposes.

Kilometers run, sequences of passes, shots blocked - all data that is also important for training if it is dosed correctly. “One can also be overwhelmed by information. It is important to filter them. During the game it's already a lot. But analyzing that afterwards during the week is very interesting. Something like that is very important for the development of ice hockey," says Tom Pokel, coach of the Straubing Tigers. However, there will not be an assistant who sits on the tablet during the game and converts statistics into concrete instructions to the team: "In ice hockey, the motto is: 'Keep it simple.' We shouldn't overwhelm the players with too much information."

But the new technology also has a downer for the fans. Pucks that are deflected and end up in the stands are no longer allowed to be kept. The small chip is too expensive to take home as a souvenir. After all, the spectators who caught a high-tech puck should receive an old model as a replacement.

‹ ›
Keywords:
Deutsche Eishockey Liga (DEL)DatenrevolutionDEL (Deutsche Eishockey Liga)GamesFußballBundesligaFußball
Your comment has been forwarded to the administrator for approval.×
Warning! Will constitute a criminal offense, illegal, threatening, offensive, insulting and swearing, derogatory, defamatory, vulgar, pornographic, indecent, personality rights, damaging or similar nature in the nature of all kinds of financial content, legal, criminal and administrative responsibility for the content of the sender member / members are belong.
Related News