This sanction comes in a context of increased fines and legal proceedings in the EU and the United States against technology behemoths such as Google, Amazon, Facebook and Apple, the famous "GAFA". 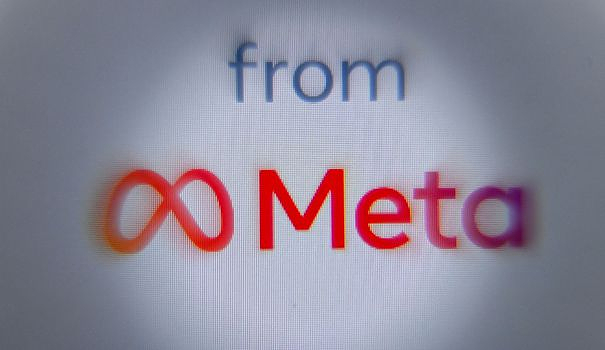 This sanction comes in a context of increased fines and legal proceedings in the EU and the United States against technology behemoths such as Google, Amazon, Facebook and Apple, the famous "GAFA".

"The Data Protection Commission (DPC) announces (...) the conclusion of an investigation into Meta Platforms Ireland Limited", a subsidiary of Meta and "body which controls the data of the social network Facebook, imposing a fine of 265 million euros and a series of corrective measures," wrote the DPC on Monday in a press release.

The Irish policeman announced in April 2021 the opening of an investigation targeting Facebook on behalf of the EU, after the revelation of a hacking by hackers of the data of more than 530 million users dating back to 2019.

The investigation focused on the applications "Facebook Search, Facebook Messenger Contact Importer and Instagram Contact Importer (...) between May 25, 2018 and September 2019", and sought to know if Meta had protected the data of its users sufficiently at the with regard to European regulations, the GDPR.

Facebook's European headquarters are in Ireland, like many Silicon Valley giants, and so it falls to the Irish regulator to investigate them on behalf of the European Union (EU).

The decision to impose a fine on Meta and its subsidiaries concerned was taken on Friday following findings of "breaches of European regulations (GDPR)", details the DPC.

"Protecting people's personal data is critical to how our business operates," a Meta spokesperson said. "That's why we have fully cooperated with the Data Protection Commission on this important issue. We have made changes to our systems," he added.

GDPR, launched in 2018, gives regulators more power to protect consumers from the dominance of Facebook, Google, Apple and Twitter and others who, lured by favorable taxation, have chosen Ireland as their home base in Europe.

Regulators can impose a fine of up to 4% of the global turnover of these groups.

In the case of Facebook, the hacked data in question had been partly published on a hacker forum after being obtained by "malicious actors", Facebook explained.

The European Union, certain member countries, but also the United States, have multiplied in recent years the disputes with the digital giants on the protection of personal data but also taxation or abuse of a dominant position, among others.

In July 2019, Facebook was fined a record $5 billion by US federal authorities for "misleading" its users about their ability to control the privacy of their personal information, following the Cambridge Analytica scandal.

In France, the Cnil, guarantor of privacy on the internet, sentenced Facebook in January 2022 to a fine of 60 million euros for its practices in terms of "cookies", these digital tracers used to better target advertising.

After being criticized for its inaction, the DPC in March imposed a fine of 17 million euros for a series of twelve data breach notifications that occurred in 2018, then in September a sanction of 405 million euros for shortcomings in the processing of minors' data.

In September 2021, the DPC also sanctioned Whatsapp (Meta's instant messaging service) with a fine of 225 million euros for failing to meet its transparency obligations on data transfers with the group's other products.