He is one of the most exciting figures on the darts professional tour this year. 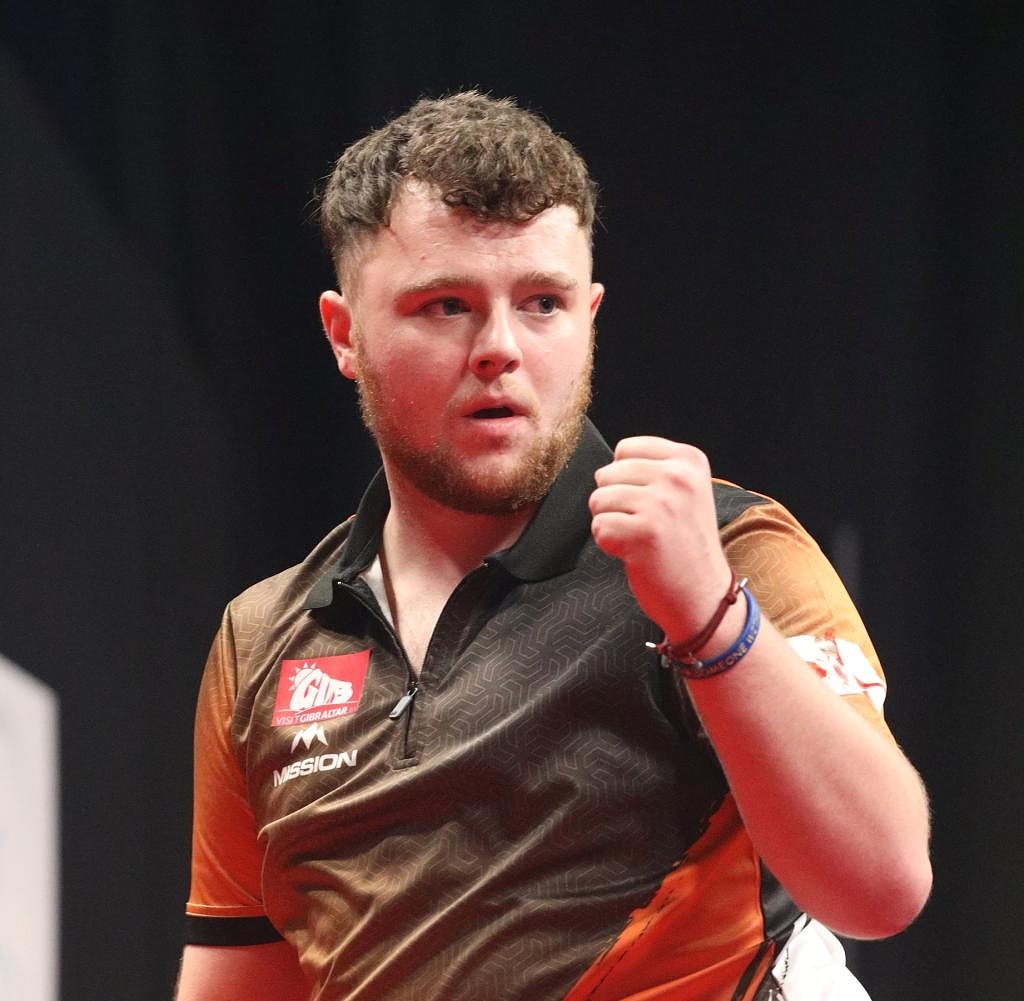 He is one of the most exciting figures on the darts professional tour this year. Josh Rock, 21-year-old Northern Irishman, is prophesied of a prosperous future at the top of the world. The highlight of the season awaits on November 27th with the final of the World Youth Championship. In Minehead he can then be crowned Youth World Champion of the PDC against the Scotsman Nathan Girvan in the Players Championship Finals.

But even among the best of adults, "Rocky" is delivering more and more success. Last weekend he defeated Ryan Meikle and World Cup finalist Michael Smith at the Gibraltar Darts Trophy. After another success against Jonny Clayton, he was even in the quarterfinals, where he then had a 5:6 loss against Rob Cross.

On Thursday, the Northern Irish followed the next exclamation mark. At the Players Championship 25 in Barnsley he even made it to the final in the 128 field. In four of his six victories he played an average of more than 100 and lost in the final to Dave Chisnall after another strong performance with 4:8.

And even if it was "only" enough to get to the round of 16 at the Players Championship 26 on Friday, the youngster, who is already in 73rd place in the world rankings, was once again the number one topic of conversation. Rock won 17 consecutive legs across all matches as he made his way through the tournament tableau.

With a score of 1:1 in his opening match against Belgian Kenny Neyens, the youngster picked up and won the following five legs to 6:1. In the second round he followed that up with a 6-0 win over Joe Murnan of England (average: 104.86) and Dutchman Geert Nentjes was also whitewashed in round three thanks to a point average of 102.47.

In the round of 16 he even improved his performance to 108.74 points per shot, but lost 5:6 to Canadian Matt Campbell in the end. He got his legs in ten, twice eleven, twelve and 15 darts. Pure world class!

Campbell was eliminated the day before at the first of the four tournaments in Barnsley with an average of over 100 points. Despite a 104.16, the "Ginger Ninja" didn't win a single leg as he faced an outstanding Martin Schindler. The German played a 115.61 and triumphed 6:0 and was once again the best German with his place in the round of 16.

On Friday, after winning the quarter-finals, Campbell lost to Damon Heta, who later secured the title with an 8-4 win over Dirk van Duijvenbode in the final. The best German this time was Ricardo "Pikachu" Pietreczko, who defeated Jose de Sousa and advanced to the top 32. Schindler, Gabriel Clemens, Florian Hempel and Max Hopp were eliminated in round one.

Ways to do it better follow directly. There are more tournaments in Barnsley on Saturday and Sunday. Hempel in particular still has a chance to qualify as the third German after Clemens and Schindler for the World Championships in London, which begin in mid-December.

‹ ›
Keywords:
SchindlerMartinProfessional Darts Corporation (PDC)DartsJosh RockPlayers ChampionshipLegGolf
Your comment has been forwarded to the administrator for approval.×
Warning! Will constitute a criminal offense, illegal, threatening, offensive, insulting and swearing, derogatory, defamatory, vulgar, pornographic, indecent, personality rights, damaging or similar nature in the nature of all kinds of financial content, legal, criminal and administrative responsibility for the content of the sender member / members are belong.
Related News