Dark Patterns – how children are manipulated in game apps

Mobile games are among the most popular apps to download. 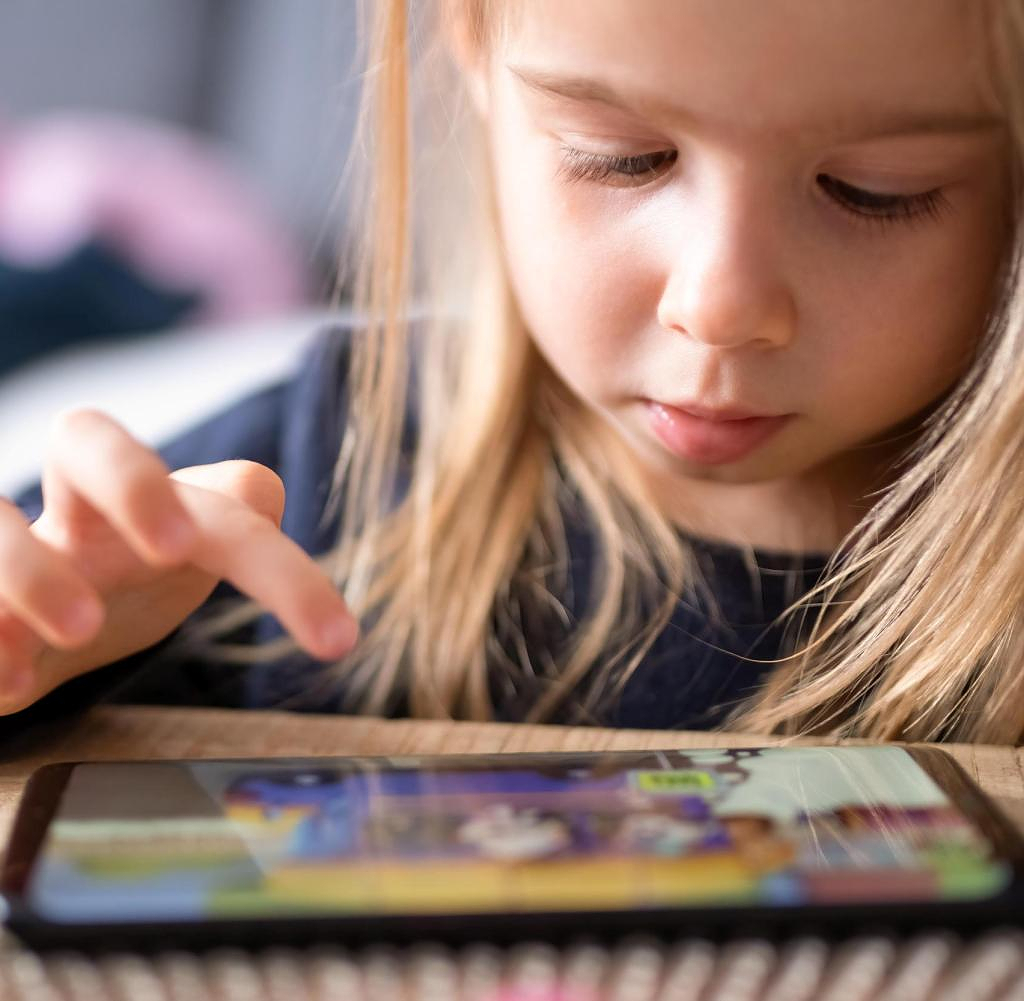 Mobile games are among the most popular apps to download. The offer is gigantic. And even the youngest users can hardly be stopped from daddling on smartphones or tablets - which manufacturers specifically promote using psychological tricks. The majority of game apps used by preschoolers contain manipulative elements, as US researchers recently reported in the journal JAMA Network Open.

The video games market in Germany had also grown significantly in the second Corona year 2021: The sales generated with games software, online fees and hardware increased by 17 percent to around 9.8 billion euros, as the industry association Game announced in April . The strongest growth drivers were with an increase of 30 percent to 4.2 billion euros: in-game and in-app purchases. The games market had already grown by 32 percent in 2020.

In a study presented at the end of 2021 on behalf of the health insurance company DAK, the German Center for Addiction Issues in Children and Adolescents (DZSKJ) warned that pathological computer game behavior and social media addiction among children and adolescents increased during the corona pandemic. More than four percent of 10 to 17 year olds in Germany have pathological usage behavior. This is often preceded by many years of everyday use of virtual worlds.

For their study, the US scientists from the University of Michigan analyzed apps used by 160 US children between the ages of three and five and looked for so-called dark patterns. These "dark patterns" are used in a targeted manner to prolong the gameplay, re-engage with the app or watch ads, and exert pressure to buy.

The 133 apps examined included many popular free-to-play or freemium titles in Germany, such as “Subway Surf” or “Minecraft”, which are not specifically aimed at children, as well as apps from social media platforms or streaming providers.

In fact, the team observed dark patterns in 80 percent of the apps used. This included game elements that built up parasocial relationship pressure: a popular fantasy character in the game said, for example, “Don’t just stand there! Buy something!» to entice an in-app purchase. Other fictional characters looked sad, was not continued.

Other elements built up time pressure, for example by showing a countdown for how long a paid extra was still available. Navigation restrictions also had a manipulative effect, in that elements for leaving a level or for clicking away from an advertising pop-up were designed to be inconspicuous.

“Kids love their favorite characters in the media, so they're particularly vulnerable to the pressure that comes from them or virtual rewards that flash on screen every time they're at a point where they want to exit the app ' said lead author and pediatrician Jenny Radesky.

For Christian Montag, children and young people are particularly susceptible to such manipulative elements: "We know that the prefrontal cortex, i.e. the area in the brain that is important for self-regulation, among other things, only fully matures around the age of 20."

In this way, younger people are probably even more susceptible to the behavioral economic concept of so-called nudging, according to the psychologist from the University of Ulm. The systems created in app games and social networks are designed to give their users a nudge so that they do things that they might not even want to do.

"A concept that we all know from supermarkets: they are designed in such a way that we pack the shopping trolleys full, right down to the "whining zone" at the checkout, where we allow ourselves to be tempted to pack a chocolate bar after all," describes Montag and brings nudging to the formula "system design directs behavior".

Montag has long been concerned with the effects of digital media on the brain and has examined the psychological strategies that tech companies use to manipulate, both in studies and in his book "You belong to us!". However, how exactly these strategies affect user behavior has so far been difficult to answer empirically for independent researchers: Although the companies had the relevant data due to years of testing, they did not make it available for independent research.

Without this data, however, it would not be possible to clarify on an empirical basis which regulations might be necessary in the sense of a healthier app design. This is where digital product providers have a responsibility, right from the development stage: “The same design choices that are now being optimized for unhealthy engagement to boost advertising revenue might just as well encourage healthy breaks and improve user well-being and Promoting female users,” Montag wrote with colleagues in the specialist journal “Addiction”.

"Jugendschutz.net" is also calling for a rethink: last year, the joint competence center of the federal and state governments created its own "Dark Patterns" report and, based on three selected games, specifically addressed the youth protection problem of manipulative game designs, in which patterns similar to those in described in the current US study.

According to the report, providers often claim that they want to address an adult target group, while a large part of their customer base is underage: "It would therefore be logical to completely avoid manipulative game designs for games that appeal to children and young people."

Until then, Judith Eckart from "Jugendschutz.net" recommends that parents accompany younger children in particular when using apps, find out about the applications in advance and ideally try them out for themselves. In order to limit the playing time, joint usage rules could be agreed - a suggestion that Christian Montag also takes up in the form of parent-child contracts that can be visibly hung on the refrigerator in the kitchen.

However, such agreements should also cover parents' media use. Their actions serve as a role model for the children, as data from one of his recent studies could be interpreted based on play behavior in families: "If parents play too much, then the children play too much."

Judith Eckart adds that with regard to in-app purchases, it can help to restrict them via the device settings or to use the app in offline mode. With Free2Play apps, however, in-app purchases are part of the monetization concept of the providers: "If these are prevented, this can lead to a reduced gaming experience and, as a result, to frustration and a lack of gaming fun," says Eckart.

Legal guardians could counteract this by selecting apps that do not contain any in-app purchases at all or for which an in-app and ad-free version can be purchased with a one-time purchase. She recommends that good alternatives can be found on “www.app-tipps.net”, especially for younger people.

‹ ›
Keywords:
ComputerspieleUniversität UlmTechnikMobilTelJugendschutzFormel SystemdesignJAMA Network OpenUniversität Michigan App
Your comment has been forwarded to the administrator for approval.×
Warning! Will constitute a criminal offense, illegal, threatening, offensive, insulting and swearing, derogatory, defamatory, vulgar, pornographic, indecent, personality rights, damaging or similar nature in the nature of all kinds of financial content, legal, criminal and administrative responsibility for the content of the sender member / members are belong.
Related News