Dan Smith, American civil rights activist and son of a slave, dies at 90

Born on March 11, 1932 in Connecticut (northeast), he has during his life faced the Ku Klux Klan of the segregationist South, acclaimed Martin Luther King Jr. 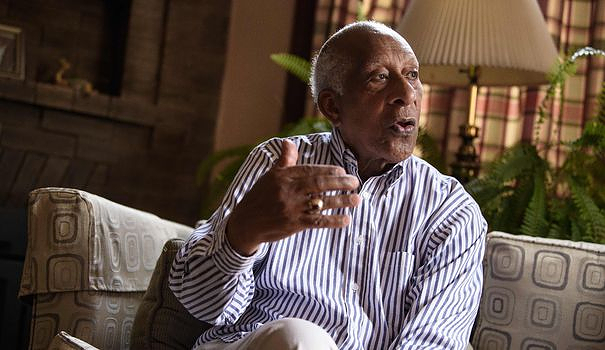 Born on March 11, 1932 in Connecticut (northeast), he has during his life faced the Ku Klux Klan of the segregationist South, acclaimed Martin Luther King Jr. in Washington and attended the inauguration of the first black president of the country, Barack Obama.

Above all, he was one of the last living links with a particularly dark chapter of America: his father, Abram, was born a slave 159 years ago.

Dan had told AFP in 2020 how his father, already old, spoke to him as a child about the tree where the slaves were hanged, or about this owner who forced a slave to stick his tongue to the frozen wheel of a carriage, and to lose it when he comes away from it.

After a life as a schoolboy victim of discrimination, Dan Smith joined the army out of high school and was sent to work as a nurse in Korea. On his return, the army had financed his studies at the university, where he had elected a student representative.

His first diploma in his pocket, he went down to Washington for the great march for civil rights in 1963, and attended the most famous of Martin Luther King's speeches, punctuated by the phrase "I have a dream...".

The young man, not yet ready to devote himself entirely to activism, had left for Alabama to study veterinary medicine. But the American South in the 1960s was the epicenter of the civil rights movement, and an army of activists flocked there from across the country.

He was then responsible for a civil rights organization, facing his first real trial by fire when white supremacists burned down the building where his office was located.

He had finally settled in Washington to work for the federal government, before retiring, during which he was involved in the creation of the Korean War Memorial.