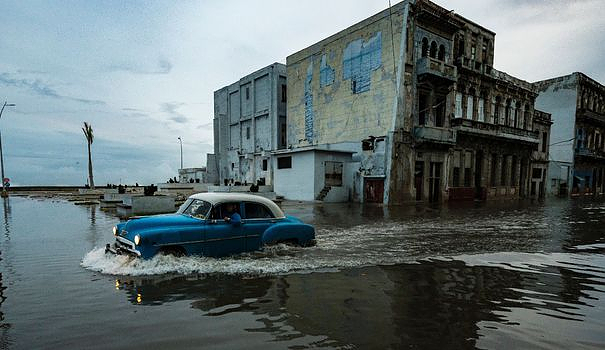 The east of Cuba was spared on Tuesday by the passage of the category 3 hurricane Ian. The latter, on the other hand, caused the death of two people and significant damage in the west of the island.

The public electricity company Union Electrica, the only operator in this country of 11.2 million inhabitants, indicated on Tuesday evening that the national electricity system was "without electricity service" due to climatic conditions.

"The outage affects the west, center and east routes, and will be gradually restored between this evening and early tomorrow morning," the company added. Since then, power has been briefly restored in some cities.

"The power was cut yesterday at 6 p.m. (2200 GMT) and we don't know when it will be restored," Alejandro Perez, a 35-year-old farmer, said by phone from Santiago de Cuba in the east of the island. .

On the island of Juventud, located 340 km south of Havana and the first territory to have been affected by Ian, "we have had power since five o'clock in the afternoon yesterday", told AFP by phone Roxana Gonzalez, a 75-year-old housewife.

Due to the distance, the island has its own generation and is not dependent on the national electricity system, which connects eight large thermoelectric plants and fuel-powered generators.

But the obsolescence of the power stations and the lack of maintenance regularly cause cuts which have intensified since May.

In Havana, where 2.1 million people live, the chimneys of a Turkish generator ship that has been supplying electricity to the capital for about a year were extinguished, AFP noted.

The old Tallapiedra thermoelectric plant, which only works in emergencies, was also shut down.

In the capital, Ian caused the total collapse of five buildings, while 68 others were partially destroyed, authorities said.