Cristobal Lopez Gandara, will be the solemnist for the Holy Week 2023 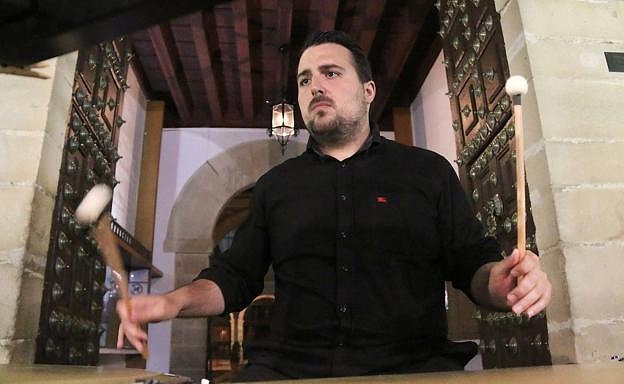 Holy Week in Ubeda, 2023 will have a town crier. Cristobal Lopez Gandara is an Ubetense composer and musician. His life and career are closely connected to the world of brotherhoods. Luis Carlos Martinez (president of the Union of Brotherhoods), announced his name at the last plenary session of this entity.

Cristobal Lopez-Gandara (Ubeda 1988) is from a family that values Holy Week. This has been instilled in him ever since he was a young child. However, his strongest bond with the city is through music. He was born with Holy Week and his musical forms.

His impressive career as a composer and musician is evident in his curriculum. He is currently a professor for Fundamentals of Composition at the Junta de Andalucia. He also performs at the Maria de Molina Professional Conservatory in Ubeda.

He has composed and performed all types of music, including choral, electronic, live, and symphonic. Apart from being a specialist composer for symphonic bands, he has performed with different soloists, orchestras and bands from across the country. He is a master of creating processional marches of all styles. He has received commissions from all parts of Spain and was responsible for some of the most significant brotherhood events. He is Ubeda's most prolific composer and youngest to enhance the rich musical heritage of the area.

He is also a leader in the field, directing various ensembles against him, some of them he has helped to establish and raise to the top. He has won numerous awards and is known for his keen interest in the city's music, particularly the work of Victoriano Garcia Alfonso who he supports with constant support. He is also the co-organizer of the Ars Sacrum festival of religious music, brotherhood, and brotherhood since 2021.

‹ ›
Keywords:
CristobalLopezGandaraPregonaraSemanaSanta2023
Your comment has been forwarded to the administrator for approval.×
Warning! Will constitute a criminal offense, illegal, threatening, offensive, insulting and swearing, derogatory, defamatory, vulgar, pornographic, indecent, personality rights, damaging or similar nature in the nature of all kinds of financial content, legal, criminal and administrative responsibility for the content of the sender member / members are belong.
Related News