Cristiano Ronaldo takes revenge on the camera for criticizing him

Cristiano Ronaldo was clearly in good spirits when he stopped by the British TV channel Sky during the warm-up. 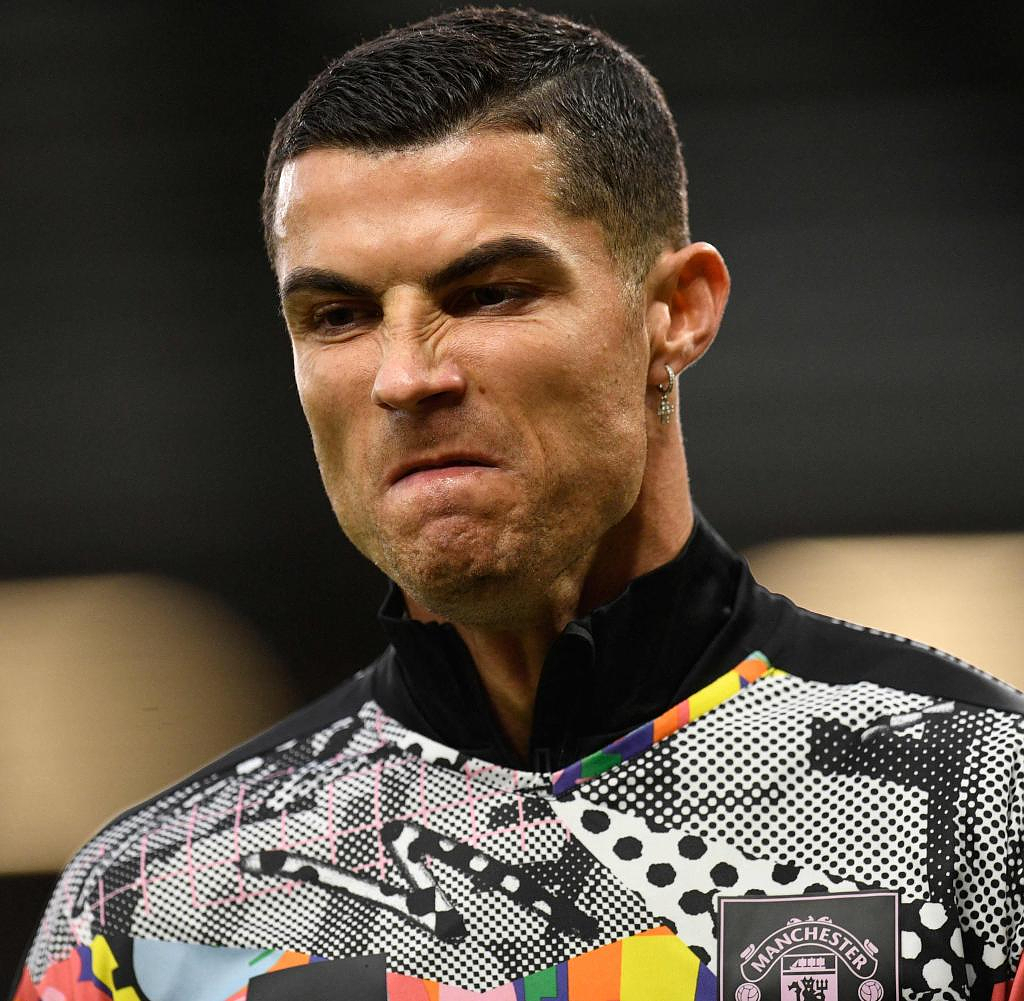 Cristiano Ronaldo was clearly in good spirits when he stopped by the British TV channel Sky during the warm-up. After his suspension due to the premature departure against Tottenham, the superstar returned to the squad in the Europa League on Thursday and directly contributed a goal to make it 3-0 (1-0). This was only his third league start this season against West Ham.

Accordingly, he greeted the panel of experts who analyzed the game in a friendly manner. Ronaldo had a short small talk with ex-colleague Louis Saha, with whom he played in Manchester from 2004 to 2008, patting him twice on the chest. A handshake followed with ex-pro Jamie Redknapp. Only the third in the group, United legend Gary Neville, went away empty-handed.

Instead of a greeting, Ronaldo turned away, not deigning to look at Neville. Ronaldo also played with the former full-back from 2003 to 2009. Neville is now working as a TV expert - and in this position may have caused the anger that led to Ronaldo's ignorance.

Neville had heavily criticized Ronaldo after his refusal to substitute and premature cabin escape against Tottenham and called for a separation between the 37-year-old and his club. Neville said Manchester United would be "better off" without Ronaldo. Words that apparently didn't go down well with Ronaldo.

It's not the first time the five-time Ballon d'Or winner has punished an expert in this way. Before the game against Liverpool at the end of August, he had refused to shake Jamie Carragher's hand. He too had criticized Ronaldo, at the time for his intentions to change. Neville, on the other hand, was still welcomed at this point.

"We've been crossed off his Christmas card list, haven't we?" Neville quipped when asked about the scenes by the presenter. Carragher and Neville also showed humor on Twitter. "Welcome to the Ronaldo Ignored Club," Carragher wrote. Neville responded with laughing smileys.

Ronaldo then caused less of a stir on the pitch. In the 1-0 (1-0) win against West Ham, the attacker missed some promising chances (15th, 61st, 62nd, 64th). The goal of the day came from Marcus Rashford in the 38th minute. After a poor start to the season, Manchester United are unbeaten in eight games.

‹ ›
Keywords:
Manchester UnitedCristiano Ronaldo(Fußballergeb. 1985 Portug.)NevilleGaryCarragherJamie (Fußballer)Europa LeagueSkyJamie CarragherGary NevilleFussballWest HamCarragher Twitter
Your comment has been forwarded to the administrator for approval.×
Warning! Will constitute a criminal offense, illegal, threatening, offensive, insulting and swearing, derogatory, defamatory, vulgar, pornographic, indecent, personality rights, damaging or similar nature in the nature of all kinds of financial content, legal, criminal and administrative responsibility for the content of the sender member / members are belong.
Related News