In Ukraine, a picture of street artist Banksy was cut out of the wall by criminals. 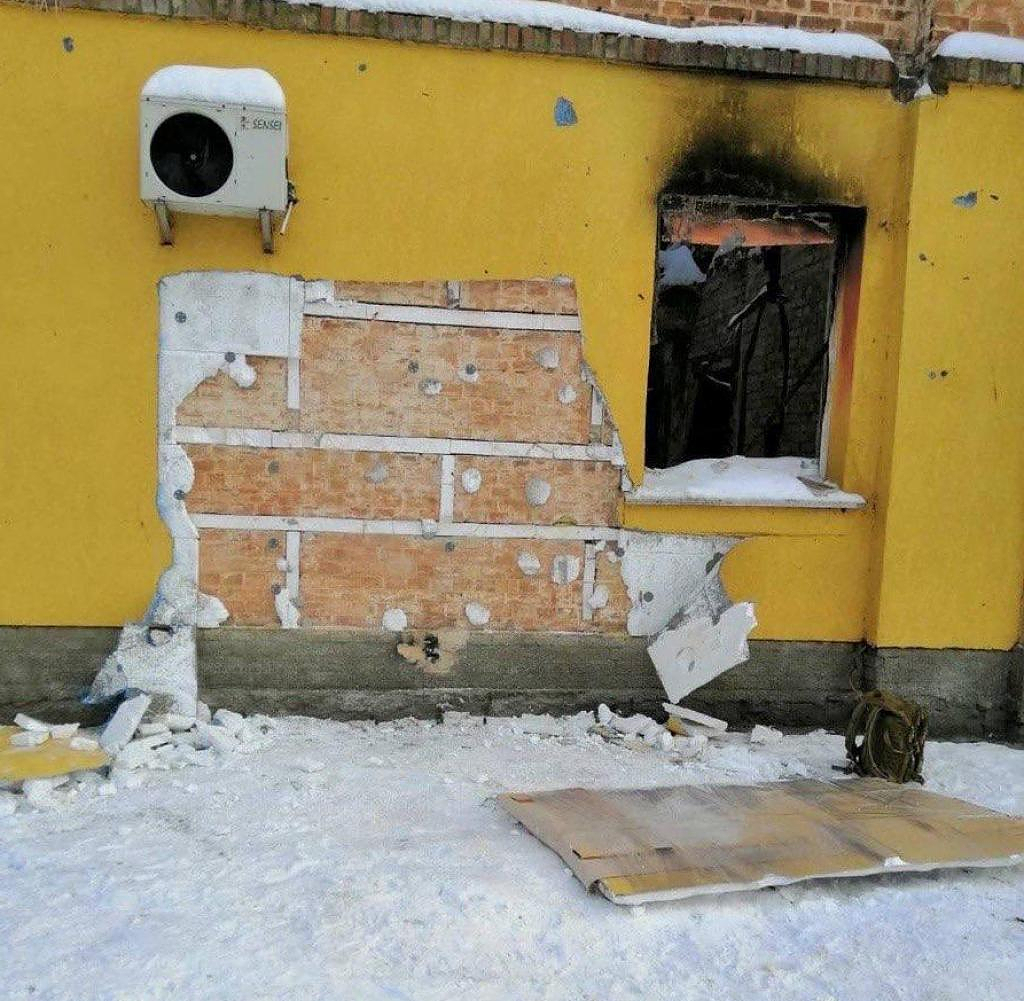 In Ukraine, a picture of street artist Banksy was cut out of the wall by criminals. In the Kiev suburb of Hostomel, police officers arrested a group of eight people between the ages of 27 and 60, said the police chief of the Kyiv region, Andriy Nebytov, on Friday.

The picture of a woman in a dressing gown with curlers and a gas mask, which had only been taken shortly before, was confiscated on the spot. The police also published numerous photos from the crime scene in their press release.

The alleged organizer of the robbery was born in Kiev in 1990. A motive was not initially known. The police took action after a call from residents. They had watched the picture being cut out of the thermal insulation.

The Ministry of Culture has since been called in to decide on the further fate of the picture.

In November it became known that the British artist Banksy, who remains anonymous, left several works in the suburbs of Kyiv affected by the Russian war of aggression and in the Ukrainian capital itself.

‹ ›
Keywords:
UkraineNewsteamPolizeiKrimiKiewBanksy(GraffitiKünstler)Andrij NjebytowHostomelBanksy UkraineBanksyBild
Your comment has been forwarded to the administrator for approval.×
Warning! Will constitute a criminal offense, illegal, threatening, offensive, insulting and swearing, derogatory, defamatory, vulgar, pornographic, indecent, personality rights, damaging or similar nature in the nature of all kinds of financial content, legal, criminal and administrative responsibility for the content of the sender member / members are belong.
Related News