Credit Suisse will cut 9,000 positions by 2025, increasing its workforce to 43,000 full-time employees, against 52,000 currently, through both layoffs and natural departures, indicates the bank which wants to reduce its cost base by 15 %, a statement said. 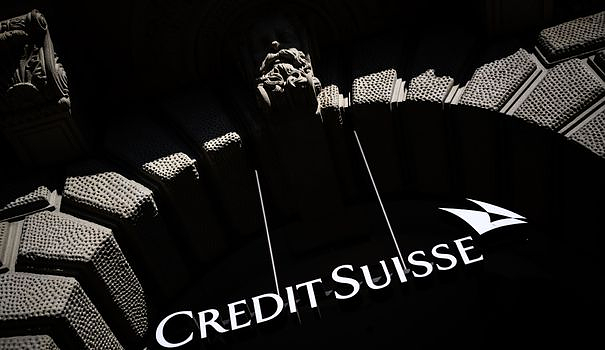 Credit Suisse will cut 9,000 positions by 2025, increasing its workforce to 43,000 full-time employees, against 52,000 currently, through both layoffs and natural departures, indicates the bank which wants to reduce its cost base by 15 %, a statement said.

To finance its vast restructuring, the bank intends to launch a capital increase of around 4 billion Swiss francs (4 billion euros).

The Saudi National Bank will invest 1.5 billion francs in this capital increase which will be aimed at professional investors, increasing its stake in the bank to 9.9%.

The investment bank, which suffered a pre-tax loss of more than 1.6 billion francs in the first nine months of 2022, will undergo a radical transformation which will notably result in the transfer of a large part of its securitized products to a group of investors led by Apollo Global Management.

In 2021, the investment bank had suffered a loss of 3.7 billion francs before continuing with a loss of 992 million in the first half of 2022.

Credit Suisse, the number two in the Swiss banking sector, has been rocked by repeated scandals since the bankruptcy in March 2021 of the British financial company Greensill, in which 10 billion dollars had been committed through four funds, then by the implosion shortly after of the American fund Archegos, which cost it more than 5 billion dollars.

Seven months later, there were added 475 million dollars in penalties imposed by the American and British authorities for its loans to Mozambique, at the heart of a corruption case.

The bank was at the heart of intense rumors ahead of this presentation of the projects of its new managing director, Ulrich Körner, who took over the bank's helm and had been given 100 days to carry out a strategic review in order to to straighten out the bank.

As financial analysts focused on the amount of capital the bank would have to raise and possible disposals to limit market calls, discussions ignited on Twitter, evoking "a Lehman Brothers moment", in reference to the US bank whose failure triggered the 2008 financial crisis.

Many specialists had ruled out this hypothesis, considering it highly improbable. Credit Suisse is one of 30 banks globally deemed too big to fail.

These rumors had, however, plunged its share price, which fell to a historic low of 3.158 Swiss francs. It has since risen in particular since the bank announced a buyback of debt securities of 3 billion francs which had reassured the markets.

The restructuring of Credit Suisse will, however, take place in a lackluster market. For the third quarter, its Swiss competitor UBS but also the big American banks reported a drop in their income in investment banking.

High market volatility since the war in Ukraine and fears of recession have dampened demand for transactions such as debt issues, IPOs or mergers and acquisitions.