Covid management: Edouard Philippe placed under the status of witness assisted by the CJR

He was placed under this intermediate status for endangering the lives of others and voluntary abstention from fighting a disaster, following a hearing before the three judges of the CJR's investigating committee, said this source. 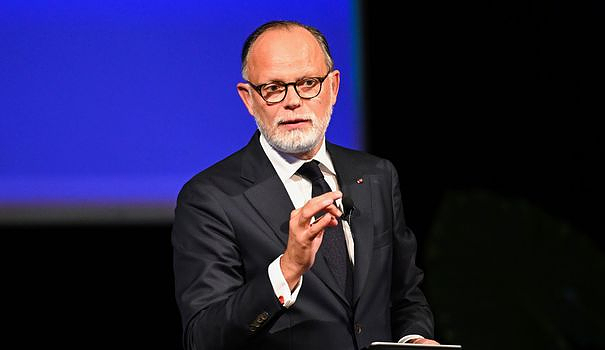 He was placed under this intermediate status for endangering the lives of others and voluntary abstention from fighting a disaster, following a hearing before the three judges of the CJR's investigating committee, said this source.

Contacted by AFP, his lawyer, Me Emmanuel Marsigny, declined to comment.

The mayor of Le Havre and president of the political party close to the presidential majority Horizons, who was summoned for questioning at first appearance, thus escapes at this stage from being indicted in this case.

Mr. Philippe is suspected by some of not having ordered protective measures for healthcare personnel and exposed workers, nor of having anticipated the epidemic despite the alerts.

According to Le Monde, he also had to explain himself on the maintenance of the first round of the municipal elections on March 15 while the contaminations intensified and on the late activation of the interministerial crisis unit (CIC), on March 17.

"I vigorously dispute the charges against me", assured the Parisian on October 9 the former Prime Minister (May 15, 2017-July 3, 2020), given among the contenders for the presidential election of 2027.

His summons had been announced for October 24, but the interrogation finally took place a week before.

The magistrates of the CJR, who have been investigating the government's management of the crisis since July 7, 2020, indicted in September 2021 Agnès Buzyn, Minister of Health between May 2017 and February 2020 and now at the World Health Organization. Health (WHO), for endangering the lives of others.

They placed her under the status of assisted witness for voluntary abstention from fighting a disaster.

The CJR, the only body authorized to prosecute and judge members of the government for crimes or misdemeanors committed in the exercise of their functions, opened a judicial investigation after nine complaints announced admissible on July 3, 2020.

These complaints denounced in particular the lack of protective equipment for caregivers and the population, or even the errors on the need or not to wear masks.

Since then, other complaints have been added to the file.