The first seven waves "were linked to the emergence of variants or sub-variants, hence the very numerous reinfections", recalls the specialist. 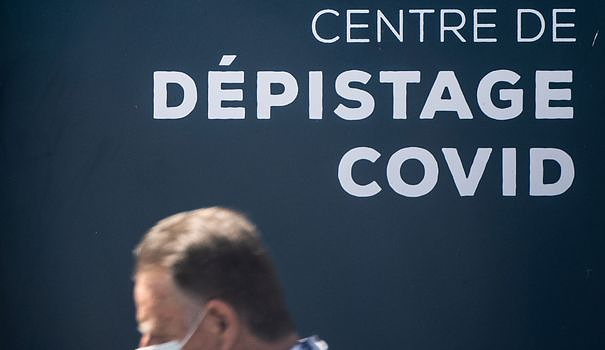 The first seven waves "were linked to the emergence of variants or sub-variants, hence the very numerous reinfections", recalls the specialist. "The current wave, on the other hand, is - to date at least - not linked to the appearance of a new strain".

This is why, according to her, "if no new variant arrives, we can hope for a moderate health impact, on condition, however, of persuading the over 60s to give regular reminders" because "protection against severe forms s 'fades after six months'.

Ms. Crémieux judges that "the very optimistic scenario of an eradication of the virus is excluded", and that an "endemic-type scenario, with new waves of infections, more marked in autumn or winter as for the flu or 'other respiratory viruses, seems (...) the most likely'.

As for wearing a mask, she says she understands "that the authorities are thinking about it" because "in 2020-2021 to protect the population, the virus had to be stopped at all costs. But today the fragile population is protected by the vaccine and the situation is better. Weariness lurks. It is more complicated to impose an obligation".

However, she recalls that "a surgical mask reduces the risk of infection by two thirds and an FFP2 by 80%".

Friday evening, 61,121 new cases were recorded, an increase of 26.6% in one week. The total number of hospitalized patients, at nearly 16,800, has returned to its level of mid-August, according to data from Public Health France.