Covid-19: will the BQ1.1 subvariant cause a new wave this winter?

While the eighth wave of Covid-19 has reached its peak, the next one is probably already in the making. 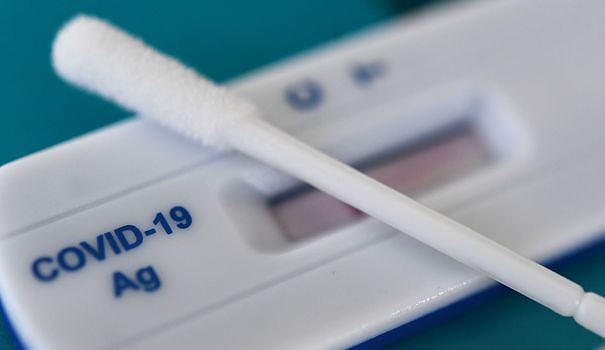 While the eighth wave of Covid-19 has reached its peak, the next one is probably already in the making. Scientists have been following with concern for several weeks the emergence of multiple descendants in the Omicron family, which have appeared all over the world at more or less the same time. In this "soup" of hundreds of subvariants, a few are beginning to stand out. BQ1 and BQ1.1, in particular, are already spreading in Europe and North America.

The European Center for Disease Prevention and Control (ECDC) published a summary of the most recent data on October 21. They show that this subvariant already represents 19% of sequenced tests in France, 11% in the United States, 9% in Belgium and Switzerland, and 8% in the United Kingdom. “This information dates from October 9, so its share is undoubtedly even greater at present”, notes Professor Mahmoud Zureik, epidemiologist at the University of Versailles-Saint-Quentin.

Because BQ1.1 is progressing fast. According to the team modeling the epidemiology and evolution of infectious diseases at the University of Montpellier, this variant would present a growth advantage of 145% compared to the other lines in circulation. For now, however, specialists doubt that BQ1.1 has already had an impact on the evolution of the number of cases. The eighth wave is indeed due to BA.5, like the previous one. "We are coming to a kind of plateau. But a plateau can hide significant changes, with the reduction of one variant, and the rise of another", notes T. Ryan Gregory, evolutionary biologist at the Guelph University in Canada.

For the effect of a new variant on the number of cases to become visible, it must be involved in at least 50% of the infections. A threshold that BQ1.1 “could reach in the coming weeks or months, depending on its current weight in infections within the various countries concerned”, note the ECDC experts. As far as France is concerned, epidemiologist Mircea Sofonea, a member of the modeling team at the University of Montpellier, estimates that BQ1.1 should replace the ancestral BA.5 lineages during the month of November: "The All Saints' Day holidays will be able to postpone but not prevent the resumption of the epidemic. Since the start of the epidemic, the dynamics linked to the emergence of a new variant have always been the same", explains the scientist.

But the uncertainties still remain significant, for his part underlined the virologist Bruno Lina, during a press point for the new Covars (Committee for monitoring and anticipating health risks): “This time, the BQ1.1 variant is a direct descendant of BA.5, and the differences between them are less significant than the differences between Delta and Omicron. There will be a rebound effect only if BQ1.1 has real advantages over BA.5, in terms of transmission in particular. We have to wait another one to two weeks to see what happens.

For now, a Chinese study has shown in the laboratory that BQ1.1 has significant immune escape capabilities: this means that antibodies produced following vaccination or previous infections are less effective in protecting us from infection with this variant. "However, these are very preliminary data, which will have to be confirmed by other publications", indicates Professor Mahmoud Zureik. This first work was in fact carried out with serum from patients triple vaccinated with a Chinese product (Coronavac), and not with messenger RNA vaccines like those used in Europe or North America.

But the study of the mutations present on this sub-variant leaves all the same little doubt on the fact that it does indeed present an immune escape. On the other hand, scientists do not yet know what the consequences will be, nor whether it also has increased transmissibility compared to BA5. “Usually, this is data that is provided to us by the British teams, because this country has remarkable capacities for monitoring and real-time analysis of the virus much better than ours. But this time, it is the France, which is ahead of other European countries in the spread of this virus. We therefore lack visibility", regrets Mircea Sofonea. But even if it turns out that BA.5 does indeed have the capacity to cause a new epidemic rebound, this expert does not expect this one to be more massive than the previous ones: "We remain in the family Omicron, so there is no overhaul of population immunity, unlike what we saw at the end of last year, when Omicron replaced Delta and caused a very significant wave, "says- he.

The scientists also want to be reassuring about the symptoms that could be caused by BQ1.1. "It retains the characteristics of Omicron, with a tropism for the upper airways and fewer serious forms than with the previous variants", underlined Bruno Lina. However, the current situation is far from satisfactory. Even if the levels of contamination are lower than at the start of the year, we are still in the fourth wave this year, with a number of deaths linked to Covid which remains very high - around 80 per year. day currently, according to data from Covars.

The slowness of the vaccine booster campaign therefore remains a matter of concern. "We have 15 to 20 million frail people to revaccinate, and we're down to just 30,000 a day. Hopefully the combined Covid-flu campaign will help accelerate the movement, because the more time that passes since the last injection and the more the number of insufficiently protected people increases", notes Mahmourd Zureik. “Between the decrease in immunity in the population, the winter season and the abandonment of barrier measures, all the pieces are in place for winter to be complicated”, adds T. Ryan Gregory.

Rather reassuring news, however, has come from Asia in recent days. Over there, it was the XBB sub-variant, a descendant of BA.2, that was worrying. Presumably also endowed with very good immune escape capacities, it caused a further increase in contamination in Singapore. But it has finally peaked - faster than observers expected. "Many expected a wave greater than that caused by BA.5, but a strong application of non-pharmaceutical measures (barrier gestures, editor's note) and a good level of vaccine booster certainly contributed to limiting the extent", rejoiced on Twitter Eric Topol, a popular American scientist.

Nevertheless, the emergence of very many sub-variants almost at the same time in different places on the planet could still have some surprises in store for us in the future. “For the moment, they circulate rather in quite different geographical areas, but they could very well spread more widely”, notes T. Ryan Gregory. What would be the consequences ? "If we have co-circulation, that is to say the circulation of several variants in the same place, it will be even more difficult to anticipate the evolution of the epidemic, because the danger may come from multiple genetic sources. “, imagines Mircea Sofonea. One thing is certain, we are still far from a phase where we would live with a virus that has become endemic, as some predicted a few months ago. One of the main characteristics of the endemicity of a virus is indeed its predictability. Quite the opposite of the current situation.