Covid-19: why the reintegration of unvaccinated caregivers is not for tomorrow

This Thursday, November 24, the group of insubordinate France benefited from a parliamentary niche in the Assembly, that is to say that it had the privilege of setting the agenda. 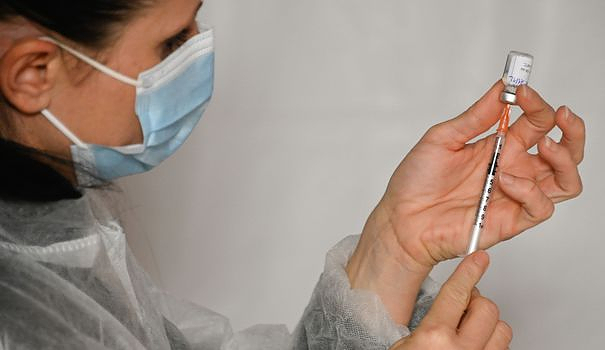 This Thursday, November 24, the group of insubordinate France benefited from a parliamentary niche in the Assembly, that is to say that it had the privilege of setting the agenda. Among the topics debated, the reintegration of caregivers not vaccinated against Covid-19, which turned out to be the most tumultuous topic of discussion.

La France insoumise wanted to table a bill requesting the reinstatement of unvaccinated staff, due to the shortage of staff in health establishments. Firmly opposed to this idea, the government feared finding itself overwhelmed, since it does not have an absolute majority in the Assembly. So, the strategy of the Renaissance deputies consisted in preventing the vote, by repeated requests for the suspension of the session and the tabling of numerous amendments. Time ended up playing for them, and the vote did not take place. However, the presidential camp is not the only one to oppose the reintegration of unvaccinated caregivers. This is also the case for the major medical institutions such as the High Authority for Health and the Academy of Medicine.

But let's start with the opinion of the French Hospital Federation, whose president, Arnaud Robinet - who also happens to be the Horizons mayor of Reims - estimated, this Friday on RTL, that "the debate did not take place be”, and that any hospital worker “had to respect the rules”, including that of being vaccinated against Covid-19. For him, the bottleneck suffered by hospitals, "with a triple epidemic of bronchiolitis, Covid-19 and influenza", cannot be resolved by the reintegration of people not protected against Covid-19. The hospital federation even wonders if making the flu vaccine compulsory would not be a good idea, arguing that "two thirds of caregivers are not vaccinated against the flu". Arnaud Robinet, whose party is an ally of the government, made it clear that his federation followed the advice of the High Authority for Health.

Indeed, the latter is opposed to the reintegration of unvaccinated personnel, emphasizing “the effectiveness of vaccines”, and the “uncertainties concerning the evolution of the epidemic”. This posture is shared by the Academy of Medicine, which has always spoken out in favor of maintaining compulsory vaccination among caregivers. Last July, Yves Buisson, president of the Covid cell of the National Academy of Medicine, explained to L'Express that reinstatement would "jeopardize the cohesion of the teams and the confidence of the patients". Also, and above all, this would endanger the lives of patients, since, according to the epidemiologist, "a third of contaminations in the hospital came from staff", when they were not yet vaccinated.

As for the argument of an urgent need for staff at the hospital, Yves Buisson does not consider it relevant, "the question of reintegration concerns only a tiny part of health professionals, around 0.3% of the 'together". This Friday, questioned on the subject during a trip to Dijon, Emmanuel Macron also insisted on the fact that the banning of unvaccinated caregivers had always been motivated by "a scientifically established decision, on a scientific recommendation from 'independent advice'. And that any reintegration cannot be done without this same scientific recommendation.