Covid-19: where is the epidemic in France?

Towards the end of the 7th wave? According to the latest available data, 36,830 people have tested positive for Covid-19 as of August 16. 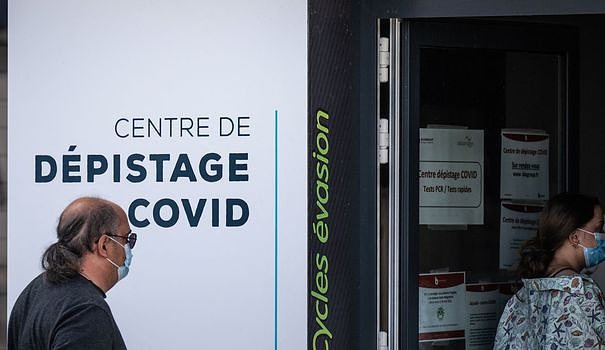 Towards the end of the 7th wave? According to the latest available data, 36,830 people have tested positive for Covid-19 as of August 16. A low and relatively stable figure in recent days, despite a number of tests also very much down. During the same period, 163,031 people were tested, according to Public Health France. This brings the positivity rate to 22.6%.

The number of positive cases identified has almost never been so low since the end of 2021, the date of arrival of the Omicron variant. In France, according to the latest weekly data, around 193 people were sick with Covid-19 per 100,000 inhabitants. A low incidence, and a decline that has continued since mid-July. These levels of contamination, and the resulting levels of hospitalization, no longer correspond to “high” levels, according to the latest weekly report from Public Health France, published on August 19.

From August 8 to 14, “the decrease in the circulation of SARS-CoV-2 continued with an improvement in epidemiological indicators in all metropolitan regions”, summarized in a press release Public Health France. As for the overseas territories, the situation is also improving there, except in Reunion where the epidemic continues to progress. A total of 16,122 people with Covid-19 were hospitalized in France as of August 19, including 961 in critical care. A level equivalent to that of July 2021.

If we are far from the situation at the beginning of July, with its 150,000 daily contaminations, the public health agency maintains its recommendations in terms of precautions, encouraging in particular the wearing of a mask in transport. Several specialists call for avoiding too much relaxation, including the researcher Brigitte Autran, just appointed head of the body which took over from the Scientific Council, suppressed with the passes and the health emergency law. A new peak could occur at the start of the school year, with the return of indoor population mixing.

At the same time, the vaccination campaign is continuing: 32.5% of eligible 60-79 year olds have received a second booster dose, and 45.2% of those aged 80 and over. A figure on the rise but which testifies to a relatively timid second reminder campaign. 75.3% of those over 18 received three doses of the vaccine. Since the start of the pandemic, more than 150,000 people who have been diagnosed with Covid-19 have died in France.