The government launched a "solemn appeal for vaccination" through its Minister of Health, François Braun, at the microphone of BFMTV this Sunday, December 4. 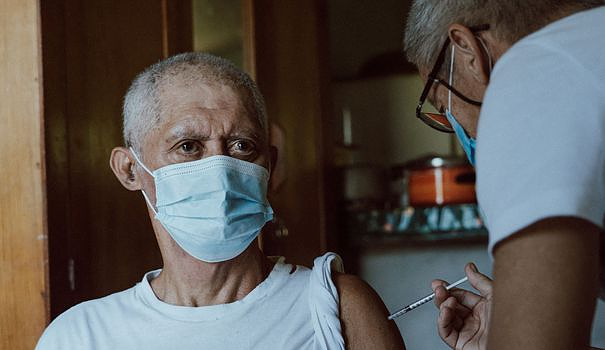 The government launched a "solemn appeal for vaccination" through its Minister of Health, François Braun, at the microphone of BFMTV this Sunday, December 4. A new "autumn vaccination campaign" has been launched by the State to protect the most vulnerable people, while the 9th wave is already sweeping the country. The milestone of 50,000 new cases per day is currently exceeded – this is in theory the alert threshold – an increase of 39% compared to last week.

This campaign concerns both the 4th and 5th doses (i.e. the 2nd and 3rd booster doses after completing the initial vaccination schedule), but is stalling. Among the people concerned, only "a little more than 10%" of them made their recall, a figure deemed "insufficient" by the minister. "It's still totally absurd, we have the means to protect ourselves and the French do not get vaccinated," he lamented.

In detail, these booster doses currently concern people residing in nursing homes or over the age of 80 and the immunocompromised, from three months after their last dose. But also people over 60; pregnant women ; people identified by their doctors as being at risk of severe forms of Covid-19; people living with vulnerable people; professionals in the health and medico-social sectors, from 6 months after their last dose. According to the criteria of the Haute Autorité de Santé, these criteria together represent approximately 25 million French people.

The elderly are the most up-to-date in their reminders, but the majority have still not decided, in eight months, to get vaccinated again. Currently, 42% of those over 80 and 37% of those over 60 are on their 4th dose (i.e. 2 boosters), according to figures from Public Health France, even though it has been open since the month of last April.

For the epidemiologist and teacher-researcher at the School of Advanced Studies in Public Health (EHESP) Pascal Crépey, "no matter the number of the dose today, the important thing is that the public concerned go to be vaccinated as soon as their three or six months of waiting have passed: what counts is the age of the last dose.We know that beyond that, their immunity is reduced and that they are much more susceptible to serious forms “, he recalls.

While the flu vaccination campaign is also falling behind among target audiences, "we must not hesitate to do both vaccines at the same time. It is possible at the doctor and in the pharmacy", pleads the scientist. In the columns of the Journal du Dimanche, the president of Covars (the successor to the Scientific Council) Brigitte Autran regrets, faced with these figures, the "dismaying" inclination of the French not to be vaccinated, "or not enough".

Meanwhile, hospital tension is increasing in the face of the triple epidemic of Covid, flu and bronchiolitis. Brigitte Autran has also joined the government's call to bring the mask back into our daily lives. "We must move towards wearing a mask as much as possible in closed places, where there is significant promiscuity. For the moment, the government is appealing to the responsibility of the French. It is an extremely important bet", she judged this Sunday. Barrier gestures and vaccination remain the surest ways to protect against epidemics.

For Pascal Crépey, waiting to vaccinate vulnerable audiences and then opening recalls to everyone could be a mistake. “We want to make sure that everything goes well, logistically speaking, by advancing by category, but the people concerned are not in a great hurry to be vaccinated. Many vaccination slots remain empty while the number of cases increases. wasted time," he said.

More than 70% of the eligible population (those over 12 years old) for a first booster dose (3rd dose of vaccine) have received it. Among them, some have already seen more than a year pass since their last vaccination. “Not only have the variants evolved, but we know that immunity drops a lot over time. It is possible that these people are almost no longer protected, and participate in the circulation of the virus”, judges the epidemiologist.

Apart from logistical factors, the government's strategy of targeting only vulnerable populations could also be seen as a choice given the evolution of the epidemic over time. “We collectively tell ourselves that the Covid-19 pandemic is over, we would now like to relegate it to the same rank as the winter flu by prioritizing the protection of the elderly, details Pascal Crépey. This may be the case: it is It could be the first winter of a disease that has become seasonal. But it could also be wishful thinking. We will know more after the winter."