Covid-19: this army of new Omicron sub-variants that threatens winter

Is Sars-CoV-2 playing a new trick on us? Since the end of 2020, the same story has been repeated over and over again: a variant arrives, drives out the previous one, and imposes itself before being replaced itself. 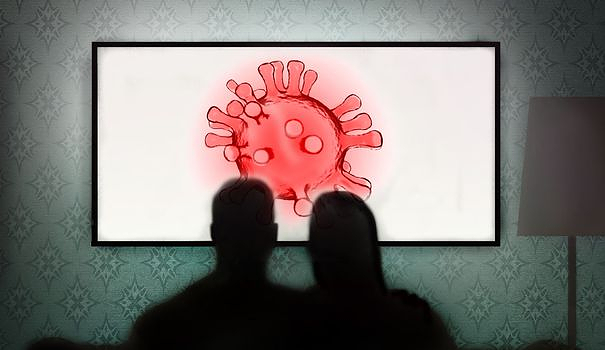 Is Sars-CoV-2 playing a new trick on us? Since the end of 2020, the same story has been repeated over and over again: a variant arrives, drives out the previous one, and imposes itself before being replaced itself. After the original strain, Alpha, Delta, Omicron, then BA2 and BA5 each reignited significant waves of infections. But in recent weeks, scientists have observed an unprecedented trend. "For the first time, we may be witnessing a shift in the epidemiological landscape, with several Omicron subvariants emerging at the same time around the world, some of which cohabit within from the same country", notes Professor Antoine Flahault, epidemiologist and director of the Institute of Global Health at the University of Geneva (Switzerland).

BQ.1.1, BQ.1, BA.2.3.20, BA.2.75.2, BF.7, BJ.1, XBB... It's a whole viral menagerie that is starting to get talked about. How to explain this sudden profusion? By the origin of these subvariants, most likely. Alpha, Delta, Beta, or even the first Omicron, very different from each other, had appeared in immunocompromised people. Unable to rid their organism of the virus, they would have given it time to accumulate many mutations, to the point of generating a new branch in the family tree of Sars-CoV-2. Not so here, where all these descendants belong to the Omicron family - most come from BA.2 or BA.5. This time, only the very wide spread of the virus would be involved in these developments: "The more it circulates, the more opportunities it has to mutate. The modifications to its genome occur randomly, but then some are selected when they give it an advantage," says T. Ryan Gregory, professor of evolutionary biology at the University of Guelph in Canada.

In a population already largely infected and/or vaccinated, the most important thing for our tiny enemy is to succeed in circumventing the defenses that we have erected against him. This is how we repeatedly find "immune escape" mutations in his new descendants: "These are always the same four or five, alone or in combination depending on the sub-variants", confirms Etienne Simon- Lorière, Head of the Evolutionary Genomics of RNA Viruses Unit at the Institut Pasteur. Specialists speak of "evolutionary convergence": "The different variants of Omicron circulate everywhere in a population that has developed similar antibodies, which leads to the selection of the same escape mutations", explains virologist Etienne Decroly, CNRS research director at the University of Aix-Marseille.

This "soup" of sub-variants, as the experts call it, in any case represents a clear threat. A team of Chinese researchers has evaluated the ability of serum from people already infected or vaccinated to resist their onslaught, and the results are hardly encouraging. "The immunity acquired by the population after contamination or a booster dose may not be sufficient to confer broad protection against infections", they write in their study available in prepublication (not peer-reviewed). They also show that most monoclonal antibodies, valuable for treating infected people and at risk of developing a serious form, lose their effectiveness, either partially or totally. "In the race between Sars-CoV-2 and our immune system, the virus has already regained a head start", summarizes Professor Olivier Schwartz, head of the virus and immunity unit at the Institut Pasteur.

It remains to be seen whether these newcomers will continue to co-circulate, or whether one of them will end up crushing the others. "I will not risk taking a bet. It's like asking in advance for the result of a horse race: the task is as difficult for the race goer as for the virologist", smiles Etienne Decroly. With a bit of luck, these sub-variants might even end up disappearing, like others before. At this stage, however, this scenario does not seem to be favored by scientists...

For the moment, this new virus battalion has not yet landed in France. With us, the current wave is driven by BA.5, which continues to spread among people who had not yet encountered Omicron. "To this is added the decline in immunity over time, which is reflected in an increase in infections and reinfections. We have shown that after the third injection the vaccinated subjects lose their neutralizing antibodies against BA.5 at the after five months", explains Olivier Schwartz. The situation seems the same in Germany. “On the other hand, we see this constellation of sub-variants starting to increase in the United States, the United Kingdom or Denmark”, notes Professor Antoine Flahault. However, the absolute number of sequenced viruses is still too low to draw conclusions on their real potential for dissemination. “We will know more in a few weeks”, underlines Etienne Simon-Lorière.

On the positive side, the three doses of vaccine continue to protect against serious forms, regardless of the virus. Except of course for immunocompromised or very old people, who must absolutely receive a new injection if the previous one is more than six months old (or three months for those over 80). But between the absence of barrier gestures, the winter season, declining immunity in the general population and these new sub-variants, all the bricks seem to come together to make the next few months even more complicated.