For the new injections, recommended for people at risk of severe form, their entourage and caregivers, the HAS recommends, "preferably", "one of the three bivalent vaccines" - two developed by Pfizer / BioNTech, the third by Moderna - recently validated by the European Medicines Agency, according to a press release. 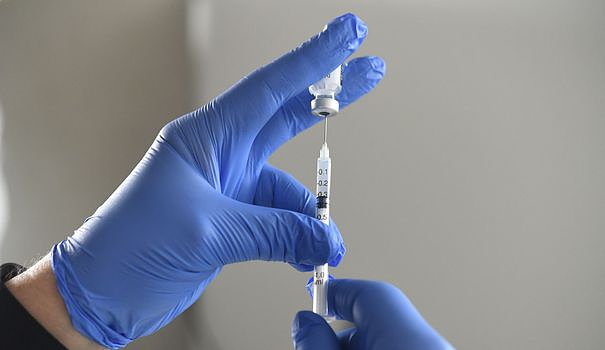 For the new injections, recommended for people at risk of severe form, their entourage and caregivers, the HAS recommends, "preferably", "one of the three bivalent vaccines" - two developed by Pfizer / BioNTech, the third by Moderna - recently validated by the European Medicines Agency, according to a press release.

This recommendation applies regardless of the anti-Covid vaccine initially administered to the person.

It comes as Covid-19 contaminations have been increasing again in France for more than a week, suggesting a possible eighth wave of the epidemic at the end of the summer, the magnitude of which remains difficult to predict.

In France, as elsewhere in Europe, these bivalent vaccines are expected with the hope of having better shields against Sars-CoV2, before new dreaded waves this fall and winter.

These serums, which use messenger RNA technology like almost all the vaccines used so far, "are not new vaccines but vaccines adapted to circulating strains", underlined the HAS, drawing a parallel with the vaccines anti-flu.

Omicron and its sub-variants have been dominant throughout 2022, dethroning previous Alpha and Delta variants. The BA.4 and BA.5 subvariants are notably responsible for a new wave in Europe and the United States in recent months.

The opinion of the HAS, initially expected in early September, had been postponed to know all of the recommendations of the European regulator. It was taken "on the basis of the available data and in an epidemic context marked by the majority circulation of the BA.5 sub-variant", specified the HAS.

Compared to the original vaccines, "the expected clinical efficacy of these new bivalent vaccines is at least equivalent or even superior", and their tolerance is "identical", according to the HAS.

If it beats the vaccine booster again for the fall, the HAS insists on “the importance of protecting the populations most at risk”.

It recalls the two categories to be targeted for the new dose: the over 60s, and the under 60s at risk of a severe form of Covid-19 (people with comorbidities, pregnant women, immunocompromised people, children and adolescents with high risk), those around them ("cocooning strategy"), and professionals in the health and medico-social sector.

Anticipating the restart of the Covid-19 epidemic, with a new wave of uncertain "magnitude", the Minister of Health mentioned at the end of August "a vaccination campaign which will resume in the fall".

"The Ministry of Health and Prevention will take note of the opinion of the HAS, as since the start of the health crisis, and will decide on the vaccination strategy to be implemented on the basis of the recommendations", he said. -it was indicated Tuesday to the cabinet of François Braun.

For the new reminder campaign against Covid, the HAS maintains its recommendation to couple it with the annual flu vaccination, which will start on October 18. A concomitant injection or the same day of the two vaccines is possible, she recalls.

"In the immediate term and because the number of cases of infections has started to rise again for a few days", those most at risk are invited not to wait to receive their second reminder, if they have not yet received it. had.

Despite the recommendations, only about 30% of people over 60 received a second booster dose.

However, the original version of the vaccine (monovalent) is still effective in preventing serious forms, hospitalizations and deaths associated with the disease, hammer the health authorities. And it is the only possible for a first vaccination, notes the HAS.