Covid-19: all you need to know about the intranasal vaccine authorized in China and India

The announcement went somewhat unnoticed, relegated behind information on the energy crisis, the climate crisis or the internal affairs of each country. 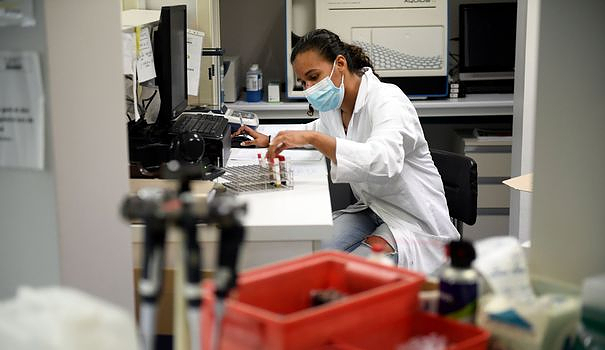 The announcement went somewhat unnoticed, relegated behind information on the energy crisis, the climate crisis or the internal affairs of each country. Manufacturer CanSino Biologics has announced that China has approved the first inhaled vaccine against Covid-19. It should be administered nasally, via a sprayer, the Chinese company said. It is not yet known whether this vaccine will be available to the general public, but the news raises hopes about the possibility of attracting new audiences to vaccination.

This type of vaccine “could give us a better chance of controlling Covid in the long term”, argued Dr. Mike Ryan, director of the WHO Emergency Management Program, during a press conference. Intranasal vaccines, which generate an immune response in the respiratory mucous membranes, provide a first line of defense where the virus enters and does a lot of damage.

It is also a new horizon for China stuck in its Zero Covid policy which results in repeated confinements. As soon as positive cases appear, the executive proceeds with a series of localized confinements, quarantines, closures of factories and businesses. Since the launch of clinical trials in the summer of 2020, Chinese authorities have approved eight locally developed vaccines, but have not yet authorized the use of foreign vaccines, which significantly slows down its vaccination campaign. Overview of the perspectives that are opening up...

Apart from China, India also approved its first intranasal vaccine on Tuesday, September 6, giving a new impetus to its gigantic vaccination campaign, announced the Indian Minister of Health, Mansukh Mandaviya. "This step will further strengthen our collective fight against the pandemic," he said, on Twitter. The date on which it will be made available to the public has not been specified. With China, these are currently the only two states to have authorized such a means of inoculation.

The Chinese vaccine will be usable as an emergency booster dose, while the Indian vaccine is recommended as the first dose for the adult population and has received emergency approval from the Indian drug regulatory authority.

The decision of the authorities of the two Asian giants is motivated by the conclusions of a study published in July 2021 in the British medical journal The Lancet. According to the researchers' work, this vaccine triggers a strong antibody response, especially when given as a booster dose.

Scientists from several countries, including Cuba, Canada and the United States, are working on vaccines that can be administered through the nose. In a press release published last month, Biotech announced that it had successfully completed the vaccine trials for a primary and booster vaccination.

The WHO is encouraging the development of these second and third generation vaccines "which we may need to deal with the last phase of Covid and other viruses that could attack the respiratory tract", said director Mike Ryan. The mode of administration could also convince people frightened by needles, in particular, and thus extend vaccination coverage throughout the world. Since the launch of the vaccination campaign, more than 5.3 million people have already received at least one dose.