Cosentino Group is the world's largest company that produces and distributes sustainable and innovative surfaces for architecture and design. 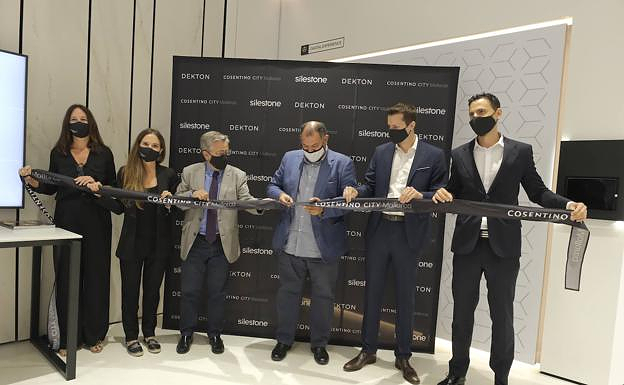 Cosentino Group is the world's largest company that produces and distributes sustainable and innovative surfaces for architecture and design. This commitment is part of an expansion strategy that relies on innovative distribution and services assets. Palma hosts a "Cosentino Center", and a"Cosentino City" since September. These are the main types of facilities that have made Almeria a leading Spanish company and an international leader in its sector.

The company that owns Silestone(r), and Dekton (r) brands makes its first major national investment after years of consolidation and expansion on the 35 markets it is already present.

The "Cosentino City Mallorca" is the flagship of this landing. It's a stunning showroom on Calle Aragon 8. This replicas the concept of an exhibition space in the heartland of great cities. This allows architects, interior designers, and consumers to view the company's extensive product range. After Madrid and Barcelona, the "City" of Mallorca, the company's third showroom, is also the seventeenth, on a list that also includes major capitals like Sydney, New York and Montreal, Milan and London.

The Palma space is almost 500m2 and has been divided over two floors. It can be used for the latest version of this exhibition model. This was shown in showrooms in Barcelona and Amsterdam and the Chicago one that opened recently. Here digitization, personal attention, and a 360o view of the projects are all possible. A digital experience through environments such the Atelier where Cosentino surfaces interact to other products; and the Digital Experience where you can see all the products using augmented reality.

This afternoon's official opening ceremony was held at the "City", which featured a variety of design professionals and media. It is important to mention that Manuel Porras Romero, the General Director for Economic Promotion in the Balearic Government was also present.

The "Center" in Palma, for its part, joins the global network of 120 similar facilities, 18 in Spain and 12 in the United States, which Cosentino owns. These are comprehensive distribution and service platforms. The "Center", which covers 1,200m2, will serve as a logistic hub for Cosentino to provide services to its customers across all of the Islands. The facility is located on Calle Gremi de Tintorers in Poligono de Son Castello. It combines the functions a warehouse and product showroom with a training room and offices.

An old distributor has been able to keep Cosentino products in the Islands for many decades. We have now decided to create our own model for serving the Balearic Islands market, as we have done for many decades in other provinces on the Peninsula. These facilities represent a qualitative leap in terms of logistics efficiency, supply capacity, and personalized service. "We are certain that both spaces will soon be the home, open to all, both architects, designers, and end users," said Francisco Fernandez Requena Manager at Cosentino Mallorca.

The multinational company's long-standing commercial presence in the Islands has led to some of the most iconic projects in terms of their materials and applications. It is worth noting the Rafael Nadal Academy project, in which Dekton(r), was the most commonly used product to cover surfaces. This material is used to finish spaces that have multiple uses. It can be used as a final finish on facades and pavements, through swimming pools, and throughout the spa. In the hotel industry, the Hipotels chain has opened two new hotels in Playa de Palma. These were built using more than 72,700m2 Dekton(r), and more than 1,600m2 Silestone(r).

‹ ›
Keywords:
CosentinoDespliegaInnovadorModeloDistribuciónServicioIslasBaleares
Your comment has been forwarded to the administrator for approval.×
Warning! Will constitute a criminal offense, illegal, threatening, offensive, insulting and swearing, derogatory, defamatory, vulgar, pornographic, indecent, personality rights, damaging or similar nature in the nature of all kinds of financial content, legal, criminal and administrative responsibility for the content of the sender member / members are belong.
Related News