Cosentino opens a showroom in Chicago to showcase its new City model.

Cosentino Group is the world's largest company for the production and distribution innovative and sustainable surfaces in architecture and design. 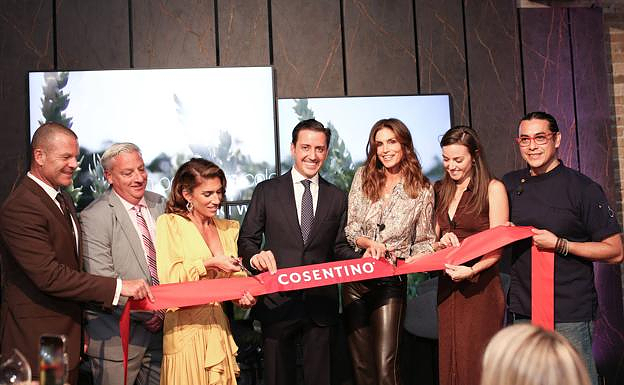 Cosentino Group is the world's largest company for the production and distribution innovative and sustainable surfaces in architecture and design. With the opening of Cosentino City Chicago, Cosentino Group expands its network Cities>>, public exhibition spaces in the heart of great cities around the globe. This is the fifth of these types that Cosentino Group has in the United States, after New York, San Francisco and Los Angeles, and the sixteenth worldwide. The 2.0 evolution of these showrooms is being captured by Chicago, which is the first North American country to do so. This allows digitization and the use of cutting-edge technology to play an important role.

Chicago's "City" has nearly 500m2 of area. It has been built with a total investment of EUR1.5 million. It is located at 217 West Illinois Street in what is known to be the River North Gallery District. This district is the heart of Chicago's art and design world. The City will present the new concept of showroom 2.0, which the firm has developed, for the first time in America. It was also present at the most recent openings in 2020 in the Citys in Barcelona, Amsterdam, and Tel Aviv.

The new model gives anyone involved in architectural or decorative projects a better experience. It includes materials that can inspire and create. The City Experience features digitalization, personal attention, and a 360-degree view of projects. It includes spaces and tools like the Atelier, a workshop with a complete library of Cosentino materials; and the Digital Experience, a large vertical area where the user can design complete kitchens, bathrooms, and facade environments in 3D. There are also different digital displays and a fully functional kitchen for organizing events and showcookings.

The last year and half has seen a significant shift in the way our sector works and how it interacts with clients and professionals. The new City of Chicago and the upcoming openings in North America equip us with the tools and approach necessary to meet current demands of architects and designers, providing an innovative space that inspires, streamlines, and expedites the design process. Eduardo Cosentino is the CEO of Cosentino North America, and Global Vice President for Group Sales.

Cindy Crawford, the great protagonist of this inauguration

Last night, the opening event of Chicago was attended by the most prominent figures of Chicago's architecture and design community. Cindy Crawford, a model and entrepreneur who has been the ambassador for Silestone(r), since 2017, was the main protagonist.

The supermodel spoke with event attendees in a private conversation. She discussed her favorite things about Chicago, as well as the relationship between fashion, design, and gastronomy. Carlos Gaytan, a Michelin-starred chef from Tzuco, a renowned restaurant in the city, hosted a spectacular showcooking event to celebrate Crawford's return home and the opening the showroom.

This opening and others planned for the future will further cement the Spanish multinational's presence in North America. It has the largest commercial and distribution network of any Spanish company operating in the industrial sector. Nearly 70 infrastructures are available in the USA and Canada. There are 45 "Cosentino Centres", or comprehensive service warehouses, (39 in the US, 6 in Canada); 7 "Cosentino Cities">> (7 in the US; 2 in Canada); 12 transformation and surface processing factories; and 3 large logistics hubs.

This trend in logistics and service excellence will continue with new openings and investments, primarily focused on expanding "City" models. This will allow Atlanta to see a new space of similar type next October. To this is added the remodeling of the Manhattan space (New York) and the future "Cities" of Washington and Vancouver.

‹ ›
Keywords:
CosentinoLlevaNuevoModeloCityEstadosUnidosAperturaShowroomChicago
Your comment has been forwarded to the administrator for approval.×
Warning! Will constitute a criminal offense, illegal, threatening, offensive, insulting and swearing, derogatory, defamatory, vulgar, pornographic, indecent, personality rights, damaging or similar nature in the nature of all kinds of financial content, legal, criminal and administrative responsibility for the content of the sender member / members are belong.
Related News