The Kiel Institute for the World Economy (IfW) warns that if the Chinese state-owned company Cosco enters a terminal in the Port of Hamburg, there will be a growing technological gap to the People's Republic. 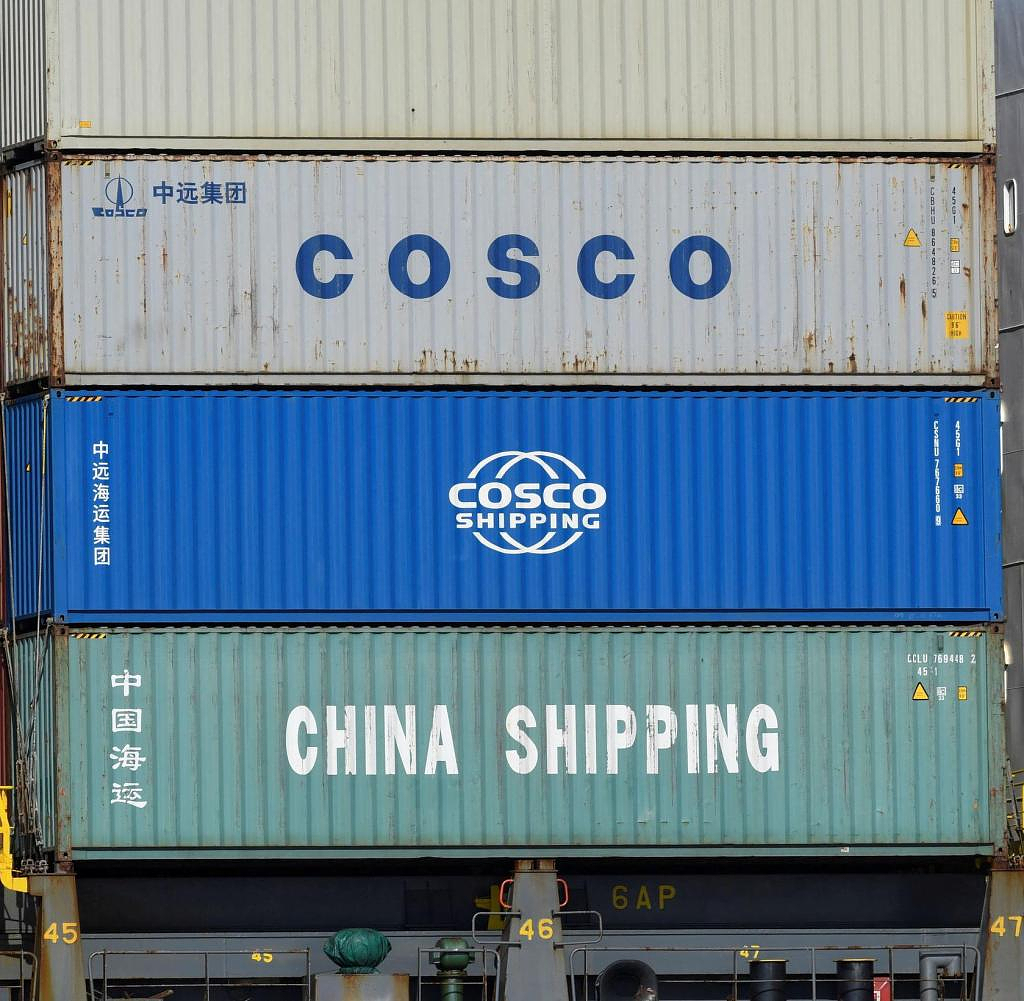 The Kiel Institute for the World Economy (IfW) warns that if the Chinese state-owned company Cosco enters a terminal in the Port of Hamburg, there will be a growing technological gap to the People's Republic. "Cosco is already far ahead in the digitization of global sea transport," said IfW trade expert Rolf Langhammer on Tuesday to the Reuters news agency. "The Chinese are already way ahead of us here."

According to the expert, more and more containers are being fitted with sensors that automatically check the condition of the loaded goods throughout the journey. Upon arrival at the destination, the next processes can be automated, from customs clearance to payment. "The resulting amounts of data are then in the hands of Cosco, which can make full use of artificial intelligence and blockchain technology," said Langhammer. By entering the Hamburg terminal, Cosco could gain an even stronger position and, in cooperation with other Chinese tech companies, achieve a dominant position at the expense of its competitors. The leadership in Beijing could also use this to enforce a digital yuan as a currency.

The federal government should therefore only approve a possible participation by Cosco under verifiable conditions that enable permanent control of the Chinese group's business conduct, said Langhammer. Above all, the conditions should include a guarantee that the Hamburg Senate has insight into the digital infrastructure used by Cosco to process trade and can influence it. This infrastructure must be kept open to competitors.

Cosco is heading towards the controversial entry into a container terminal in the port of Hamburg. According to information from informed circles, after the federal government agreed on a compromise to only allow the Chinese to hold a stake of 24.9 percent in a terminal operating company, the logistics group HHLA is trying to reach an agreement with Cosco. The shipping company had originally wanted to acquire a 35 percent stake, but this was met with resistance within the federal government.

There were only comparatively few votes from Hamburg on Tuesday. The Greens, who clearly criticized the possible deal in the federal government, also behaved cautiously on the Elbe - Hamburg's Prime Minister Peter Tschentscher (SPD), with whom the coalition is formed, has long been in favor of Chinese participation. At the state press conference, which was actually held on a different topic, Hamburg's second mayor, as well as Economics Senator Michael Westhagemann (independent), made favorable comments about the participation of the Chinese. According to Fegebank, Hamburg also has something of a Cosco commitment to an HHLA subsidiary, because economic relationships are strengthened in this way. It is something else to be fundamentally concerned about China's expansion efforts.

That it's one thing when Cosco acquires a stake in an HHLA subsidiary that Hamburg also benefits from, because economic relationships are strengthened. And something else if you're worried about China's expansion efforts.

On the other hand, there was open criticism from the FDP state leader Michael Kruse: “The mayor does not cut a happy figure in his advertising for Chinese participation in the port. There are still no good reasons for selling critical infrastructure to a state-owned company from a country where the rules are fundamentally different. Anyone who makes themselves small here will be made small in the end,” he said.

‹ ›
Keywords:
HamburgChinaIfW (Institut Für Weltwirtschaft)ContainerHafenTerminalsLauterbachJörn
Your comment has been forwarded to the administrator for approval.×
Warning! Will constitute a criminal offense, illegal, threatening, offensive, insulting and swearing, derogatory, defamatory, vulgar, pornographic, indecent, personality rights, damaging or similar nature in the nature of all kinds of financial content, legal, criminal and administrative responsibility for the content of the sender member / members are belong.
Related News