Corruption suspicions in Libya and Kazakhstan: Airbus ready to pay a fine to avoid prosecution

Asked by AFP, a spokesperson for the group indicated that "Airbus confirms that it has signed a Judicial Convention of Public Interest (Cjip) with the PNF concerning judicial investigations linked in particular to Libya and Kazakhstan. 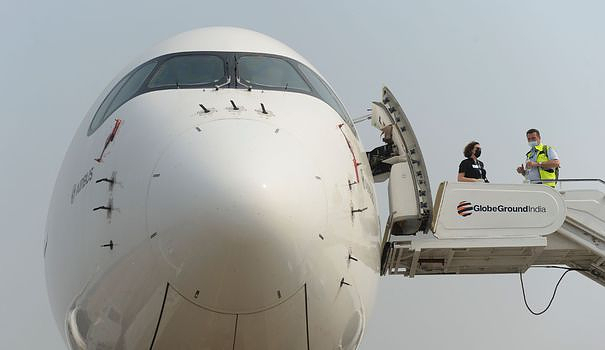 Asked by AFP, a spokesperson for the group indicated that "Airbus confirms that it has signed a Judicial Convention of Public Interest (Cjip) with the PNF concerning judicial investigations linked in particular to Libya and Kazakhstan."

It was not immediately possible to know the amount of the fine that Airbus is ready to pay within the framework of these two investigations known as "Libyan financing" and "Kazakhgate", nor to know whether the aircraft manufacturer would be subject to a compliance program under the control of the French Anti-Corruption Agency (AFA).

The Airbus spokesperson clarified that this agreement was "a limited extension of the facts concerned by the Cjip signed in 2020. These could not then be processed simultaneously for procedural reasons".

On January 31, 2020, Airbus had agreed to pay a fine of 3.6 billion euros, including 2.1 billion euros to France, to avoid prosecution in the French, British and American courts, in an investigation into "irregularities" relating in particular to commercial agents involved in contracts for the sale of aircraft or military equipment.

According to the Airbus spokesperson, "the envisaged Cjip will have no impact" on this agreement with the three countries.

A source familiar with the matter told AFP that the amount of this Cjip would be "out of proportion" with that of 2020 and concerned the same teams of commercial agents, but on different facts. The 2020 fine "largely covered these facts", according to this source.

The judicial investigation into the alleged Libyan financing of Nicolas Sarkozy's 2007 presidential campaign, which opened in 2013, focused on the sale at the end of 2006 of twelve Airbus airliners to the regime of Muammar Gaddafi.

Three weeks after the conclusion of this contract, 2 million euros would have been transferred, at the request of a former Airbus executive indicted in mid-March, to an account of the intermediary Alexandre Djouhri, also placed under review in this case.

This would have been done, according to elements of the investigation of which AFP was aware, via "complex financial arrangements passing through official agents of Airbus in Thailand".

Appeared at the heart of suspicious payments between the Libya of Muammar Gaddafi and relatives of former French President Nicolas Sarkozy, Alexandre Djouhri is indicted in particular for "active corruption" and "complicity and concealment of embezzlement of public funds".

Judges have been investigating since 2013 on the merits of the accusations of Libyan financing of the victorious campaign of Nicolas Sarkozy in 2007.

The former president, indicted, has always challenged any funding of this type.

The so-called "Kazakhgate" investigation, opened in March 2013, is looking into suspicions of corruption and illegal commissions paid to intermediaries on the sidelines of contracts concluded between France and Kazakhstan between 2009 and 2010, under the presidency of Nicholas Sarkozy.

These contracts related to the supply of 45 EC 145 helicopters manufactured by Eurocopter, a subsidiary of EADS which has since become Airbus Helicopters, a satellite center of Astrium (formerly EADS, now Airbus group), two satellites and 295 Alstom locomotives, for a amount announced at the time of 2 billion euros.

Airbus was placed in June 2018 under the status of assisted witness in the context of this procedure.

During a search in February 2016 at Airbus headquarters in the Paris suburbs, investigators found traces of a suspicious payment of 8.8 million euros in the context of the sale of the two satellites.

This sum was allegedly paid into an account held in Singapore by a Hong Kong-registered offshore company, Caspian Corp, linked to an Airbus business partner, with investigators wondering if he was the beneficiary.

The former business partner of Airbus, a Tunisian intermediary named Lyès Ben Chedli, and a former Airbus executive with a strategic role in Airbus contracts, Olivier Brun, were indicted in July 2021 in this file.

During the hearing on Wednesday, according to the source close to the file, several priority questions of constitutionality (QPC) from civil parties in these files could be filed.