"Corruption" in rugby: a firm year required against Bernard Laporte and Mohed Altrad 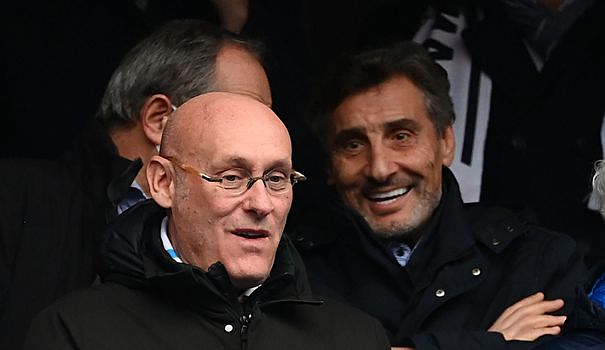 After an indictment lasting nearly four hours, the National Financial Prosecutor's Office also called on the Paris Criminal Court to prohibit, for two years, Mr. Laporte from exercising any function in rugby and Mr. Altrad , CEO of the construction giant of the same name, to manage a trading company. Fines, respectively of 50,000 and 200,000 euros, have been claimed against them.

The defendants, who dispute the facts, "have damaged the probity surrounding French rugby", justified the financial prosecutor François-Xavier Dulin.

According to the prosecution, the former coach of the Blues would have made a series of arbitrations favorable to the Altrad group - including the granting of the sponsorship of the XV of France shirt - with whom he had established a "secret" image contract which resulted in the payment without consideration of 180,000 euros at the beginning of 2017.

This contract constitutes the "original sin", estimated the other financial prosecutor, Céline Guillet, listing "obscure negotiation conditions" and an "unusual amount" of remuneration and recalling that Bernard Laporte will not have performed any of the services listed in this agreement.

According to the prosecutor, the boss of French rugby will, on the other hand, have carried out "atypical" and "problematic" interventions for the benefit of the interests of Mr. Altrad, his group and his Montpellier rugby club (MHR), of which he is the President.

"Bernard Laporte was blinded by his private interests within the Altrad group," added Mr. Dulin.

The prosecution notably retained the intervention, at the end of June 2017, of Mr. Laporte with the appeal commission of the FFR, statutorily independent, which would have had the effect of alleviating the disciplinary sanctions imposed on the MHR. The "cardinal principles of sport" were then flouted, according to Mr. Dulin.

The prosecutors also denounced the conditions for granting the sponsorship of the XV of France jersey to the Altrad group, for 6.8 million euros per year, which would not have given rise to "an impartial procedure".

"We understood that the code of ethics (of the FFR) was not the bedside book of Mr. Laporte", pinged Ms. Guillet.

Two years in prison, one of which is suspended, have also been requested against Claude Atcher, recently dismissed from his position as director of the organization of the Mondial-2023, who is suspected of having received unjustified sums from the FFR on the sidelines of the award of this competition to France.