According to the established principle that royalty never dies, Prince Charles automatically became, this Thursday, September 8, 2022, after the death of Elizabeth II, the new sovereign of the United Kingdom. 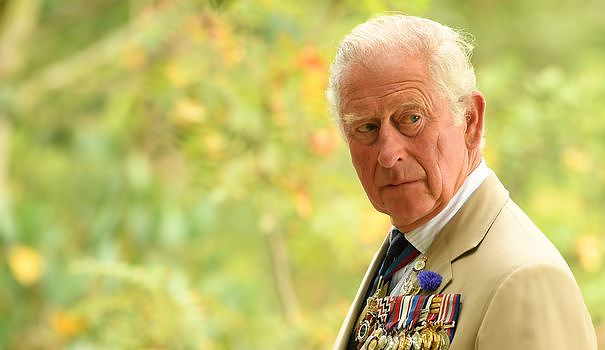 According to the established principle that royalty never dies, Prince Charles automatically became, this Thursday, September 8, 2022, after the death of Elizabeth II, the new sovereign of the United Kingdom. At 73, he is both the oldest monarch to accede to the throne of England and the one who waited the longest (70 years and 7 months). Much less popular than his mother and often mocked, he will have to take over from a sovereign who has managed to make herself loved by the whole world.

It might take a few weeks to get used to it, but Prince Charles no longer exists. On Thursday September 8, the eldest son of Elizabeth II became Charles III, King of the United Kingdom and the other Commonwealth realms. However, he still has to be proclaimed king, which will be done this Saturday morning, during the Accession Council which meets after the death of a monarch. This is made up of the monarch's advisers, members of the House of Lords, the Mayor of London, the aldermen and the high commissioners of the member countries of the Commonwealth posted in London. After the proclamation, 41 shots will be fired in Hyde Park, located in the heart of the English capital. The first public proclamation of the new monarch will be read by the King-at-Arms of the Garter - the highest-ranking member of the College of Arms - in the open air at St. James's Palace. Then the new king will read a declaration and take an oath to preserve the Churches of Scotland and England.

This is the proclamation of Charles III as the new sovereign. For its crowning, it will be necessary to wait several weeks, even several months. Not only because the preparations take time - the ceremony takes place at Westminster Abbey and is led by the head of the Church of England - but also because it is a festive ceremony which does not could come too soon after the death of the previous monarch. For example, Elizabeth II was crowned 16 months after her accession to the throne.

With the accession to the throne of Charles III, his wife Camilla becomes queen consort of the United Kingdom. From the outset, it is necessary to define the term "consort", which literally means "who shares the lot". Implied, the fate of the king. Camilla's role is therefore in no way to reign, but to support the king in his delicate mission. At 75, Camilla Bowles, born Shand, has long been hated by the British people and set aside by Queen Elizabeth II. Divorced, mother of two children, she was the mistress of Prince Charles when he was married to Lady Diana. But time will have finally acted in favor of Camilla.

While she had refused to go to the wedding ceremony uniting Camilla and Charles, in 2005, Elizabeth II ended up accepting the presence of this woman from the upper middle class but reputed to have had a dissolute life. On February 5, the queen declared, on the eve of her platinum jubilee, that Camilla would indeed become “queen consort” when her son succeeded her on the throne. Until then, she was to remain "princess consort" forever, as Charles's second wife. But recognizing Camilla's essential work within the royal family, Elizabeth II changed her mind. "I know you will give my son Charles and his wife Camilla the same support you have given me," she said, as if to encourage the British to turn the page.

Committed to the fight against violence against women and teaching underprivileged children to read, Camilla does not yet enjoy great popularity (40% favorable opinion according to a YouGov poll organized in 2022), but her role of moral support towards Charles is recognized today. "The persistent doubts around Charles's ability to consolidate the monarchy finally force the British to wish for the presence of Camilla at his side", explained, Thursday on BFMTV, the Franco-British journalist Alex Taylor. And if Charles were to die, what would happen to her? She could not become queen mother since she is only the stepmother of the heir to the throne, William. It is the wife of the latter, Kate Middleton, who would then become the new queen consort.

The new king could see in his low popularity an asset: he is unlikely to disappoint. More seriously, her mission is very delicate, as the deceased queen brought together all the virtues of a good sovereign: authority, benevolence and devotion. Qualities that Charles will have to gain, his image today being that of an uncharismatic man, of an eternal suitor guilty of having loved Camilla Bowles when his duty required him to remain united to Lady Diana. If he never spoke of the royal office which now falls to him, Charles has been preparing for it all his life. And if he was known, in the past, to have the particularity of giving his opinion a little too often, he confided, in a BBC documentary broadcast in 2018, that he would keep them for himself once he became king.

The role of the monarch is essentially symbolic, but it is one of the last elements still uniting England, Scotland, Wales and Northern Ireland. Charles has a narrow vision of the monarchy, and intends to rely on the active members of the royal family. Adding a touch of modernity, in particular by highlighting environmental issues, which are close to his heart, to the recipes that made Elizabeth II so successful, this is the prestigious and delicate mission that awaits King Charles III.

Charles III appears as a transitional king and some already see William sitting on the British throne. Moreover, the idea that Charles renounces the throne in favor of his eldest son had been mentioned for a time by the press, but it seems that the royal family never really thought about it. In recent months, Elizabeth II gave more and more responsibilities to Charles, and had notably entrusted him, in May, with one of the most important functions of the British monarchy: to deliver the speech from the throne in Parliament.

The order of succession is therefore established according to the following genealogical order: William, Duke of Cambridge, is the first suitor, followed by his three children: Prince George, aged 9, Princess Charlotte, aged 7, and Prince Louis, 4 years old. The second son of Charles III, Prince Harry, comes in fifth place. The order of succession has a total of 104 suitors.