Ten months later than legally required, the Senate passed the interim report on the achieved goals of its climate plan from 2019 on Tuesday. 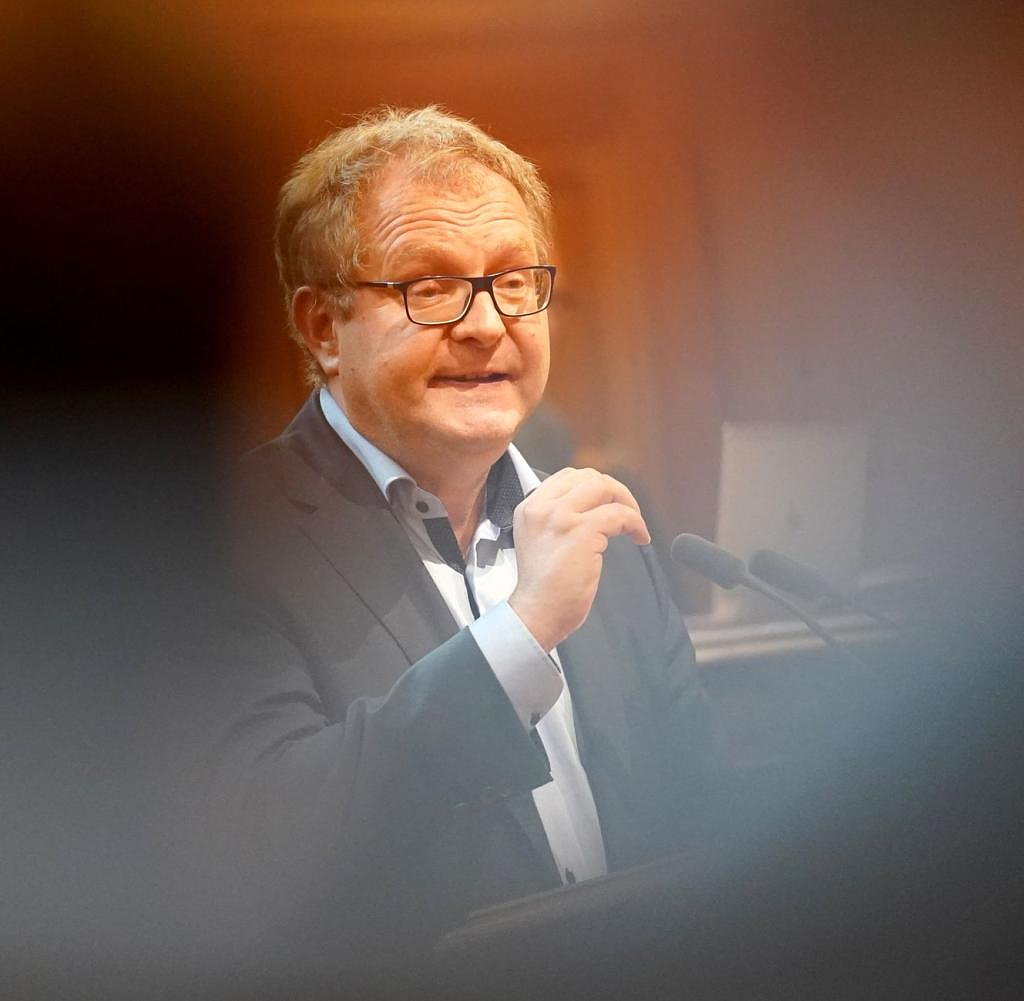 Ten months later than legally required, the Senate passed the interim report on the achieved goals of its climate plan from 2019 on Tuesday. Environment Senator Jens Kerstan (Greens) presented selected results after the Senate session.

In this way, it was possible to achieve the planned savings of two million tons of CO2 by 2020 compared to 2012, announced Kerstan. In 2020, exactly 2.05 tons less of the climate-damaging greenhouse gas were emitted than eight years earlier. That was "remarkable", according to the environment senator, who announced that the complete report, in which the effectiveness of around 400 climate protection measures was examined, would be made public in the coming days.

However, the senator had to limit that the figures from 2020 could also be of limited significance for the Hamburg measures. Because 2020 was the first year of the corona pandemic. CO2 emissions were 13.5 million tons after 15 tons in 2019. In retrospect - i.e. from the figures from 2021 - you will be able to see "what a Covid effect was and what the efforts of the Senate are due to". so Kerstan. He personally is “very optimistic” that it was not just an effect of the corona pandemic. Because already from 2018 to 2019 the CO2 emissions had dropped significantly. In 2018, private households, trade, industry and transport caused emissions of 16.3 million tons.

But even with 13.5 million tons, the Senate is still far from the goals it has set itself. In the 2019 climate plan, he committed himself to a reduction of 55 percent compared to 2023 and 1990. To reach this goal, there would still be 3 million tons that Hamburg would have to save through its own measures alone. In order to achieve a real saving of 70 percent, an additional 4.2 tons would be necessary - whereby the saving should be achieved through projects at federal level.

A few weeks ago, the Senate Commission for Climate Protection and Mobility Turnaround tightened the goals significantly. CO2 emissions are now to be reduced by 70 percent by 2030 compared to 1990. This goal will be anchored in the next update of the climate plan and in a new climate protection law, Kerstan announced on Tuesday. Key points of the climate plan and a draft law should be ready by December and passed by the Senate, according to the Senator for the Environment. In the summer of next year, the law could then be put to the vote in the citizenship.

Kerstan did not yet want to say which additional measures should be stipulated with the new goals. This is currently being discussed among the individual departments in the Senate. "These are not easy debates," blurted out the environment senator. In any case, the measures would show that it was "not a pious wish" to reach 70 percent. However, it will not be easy either. Substantial contributions from all sectors are necessary, according to the Green Party politician. "You won't get climate protection for free, there will always be burdens."

Kerstan had hardly presented key points from the interim report when there was criticism – including from her own party offspring, the Green Youth.

According to a statement, the climate plan does not contain enough clearly defined interim goals for the interim report to be able to provide a meaningful answer to the question of how far Hamburg is from its overarching goals. In addition, although the climate plan contains many important approaches, it is largely unambitious and not sufficient for the 1.5 degree target. In addition, neither improvements nor immediate measures are planned for the areas in which the goals are not achieved. That must change in the new climate plan.

Rosa Domm, Member of Parliament for the Greens, agreed. Hamburg needs close-meshed intermediate goals in order to be able to make adjustments when in doubt. The environmental authority would have to get more staff for this. Kerstan had let it be known that he had already applied for this with his Senate colleagues and that he was expecting a positive decision before the budget deliberations in mid-December.

The managing director of the Hamburg regional association of the BUND, Lucas Schäfer, spoke after the press conference with Kerstan of a "blind flight without ambitions". He complained that Kerstan announced that he would not know until 2023 what effects the corona pandemic had on CO2 emissions in Hamburg. "The Hamburg Senate obviously has a blatant monitoring problem for its new climate target of 70 percent reduction," says Schäfer.

Left-wing politician Stephan Jersch criticized the fact that the Senate initially only presented selected figures from the interim report and that Environment Senator Kerstan also withdrew from not knowing how much of the CO2 savings were due to the lockdowns of the corona pandemic. "The Senate's presentation is like looking into a crystal ball," said Jersch. He also criticized the fact that around 25 percent of the climate plan measures decided in 2019 had not been followed up or were still being prepared. That doesn't bode well, says Jersch.

Green MP Domm sees it similarly. The fact that only eight percent of the measures have been completed so far "shows how great the challenge of climate neutrality really is."

Kerstan, on the other hand, had interpreted the number differently and presented the measures that were already being prepared as part of the success. Not all measures for implementation were planned directly from 2019.

Anna von Treuenfels-Frowein, Member of Parliament for the FDP, once again speared the heavily delayed publication of the interim report. CDU politician Stephan Gamm did the same: "The SPD and the Greens violated Section 6 of their own climate protection law, after an interim report on the status of target achievement and the implementation of the measures is to be presented every two years," he criticized. Von Treuenfels-Frowein also claimed that Kerstan was wrong in his self-assessment. Kerstan explained that the city sees the CO2 savings achieved so far as being on the right track.

"It would be an important signal for active climate protection if the Senate could report the successful implementation of its 2019 plans through its own actions," von Treuenfels countered. But if more than a third of the CO2 savings "were made by voluntary contributions from Hamburg's economy, then that has nothing to do with red-green politics." Kerstan operates climate policy on a random basis. This is also proven by the small contribution of the so-called mobility turnaround to CO2 reduction.

Kerstan, on the other hand, interpreted the numbers differently. In certain areas, the harvest phase will first begin. In addition to the U5, U4 and S4 examples, he mentioned above all the conversion of district heating generation in Hamburg. The conversion of the Wedel and Tiefstack power plants alone will save around 800,000 tons of CO2 a year. With one measure, 40 percent of the CO2 reduction achieved between 2012 and 2020 will be achieved. He sees further movement in the expansion of photovoltaics or in the development of a hydrogen economy.

As bad as the current situation with the war in Ukraine is, the fact that the restructuring of the energy sector is accelerating is a positive effect, according to Kerstan. Nevertheless, considerable further efforts are necessary. The public will find out at the end of the year what these will be.

‹ ›
Keywords:
KlimaschutzKerstanJensWittegenanntVedderJuliaPolitische Massnahmen Zum KlimaschutzHamburgTexttospeechJens KerstanGrünen JugendUkraineKlimaplanKrimi
Your comment has been forwarded to the administrator for approval.×
Warning! Will constitute a criminal offense, illegal, threatening, offensive, insulting and swearing, derogatory, defamatory, vulgar, pornographic, indecent, personality rights, damaging or similar nature in the nature of all kinds of financial content, legal, criminal and administrative responsibility for the content of the sender member / members are belong.
Related News