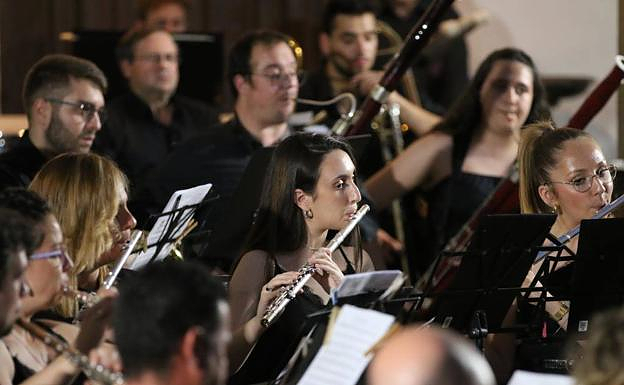 Rafael Martinez Redondo directed the Ubetense Musical Association and offered the classic soundtrack concert as part the program for the 34th "Ciudad de Ubeda" International Music and Dance Festival. The concert took place in the Renaissance-style courtyard of Colegio de la Santisima Trinidad. It was part of the 'Soundtrack Festival' series that the event dedicates specifically to film music.

A varied program was enjoyed by the large audience. This year, it was focused on science fiction and superhero films. This is how the soundtracks of "Superman", "Indiana Jones" and "Star Wars" by John Williams, "The Incredibles", and “Star Trek” by Michael Giacchino, "Batman" by Danny Elfman, and “Batman” by Alan Silvestri were presented.

‹ ›
Keywords:
ConciertoBandasSonorasAgrupacionMusicalUbetense
Your comment has been forwarded to the administrator for approval.×
Warning! Will constitute a criminal offense, illegal, threatening, offensive, insulting and swearing, derogatory, defamatory, vulgar, pornographic, indecent, personality rights, damaging or similar nature in the nature of all kinds of financial content, legal, criminal and administrative responsibility for the content of the sender member / members are belong.
Related News