Concerns about democracy in the USA - imminent danger!

Around noon on January 6, 2021, supporters of then-President Donald Trump gathered for a protest rally in Washington D. 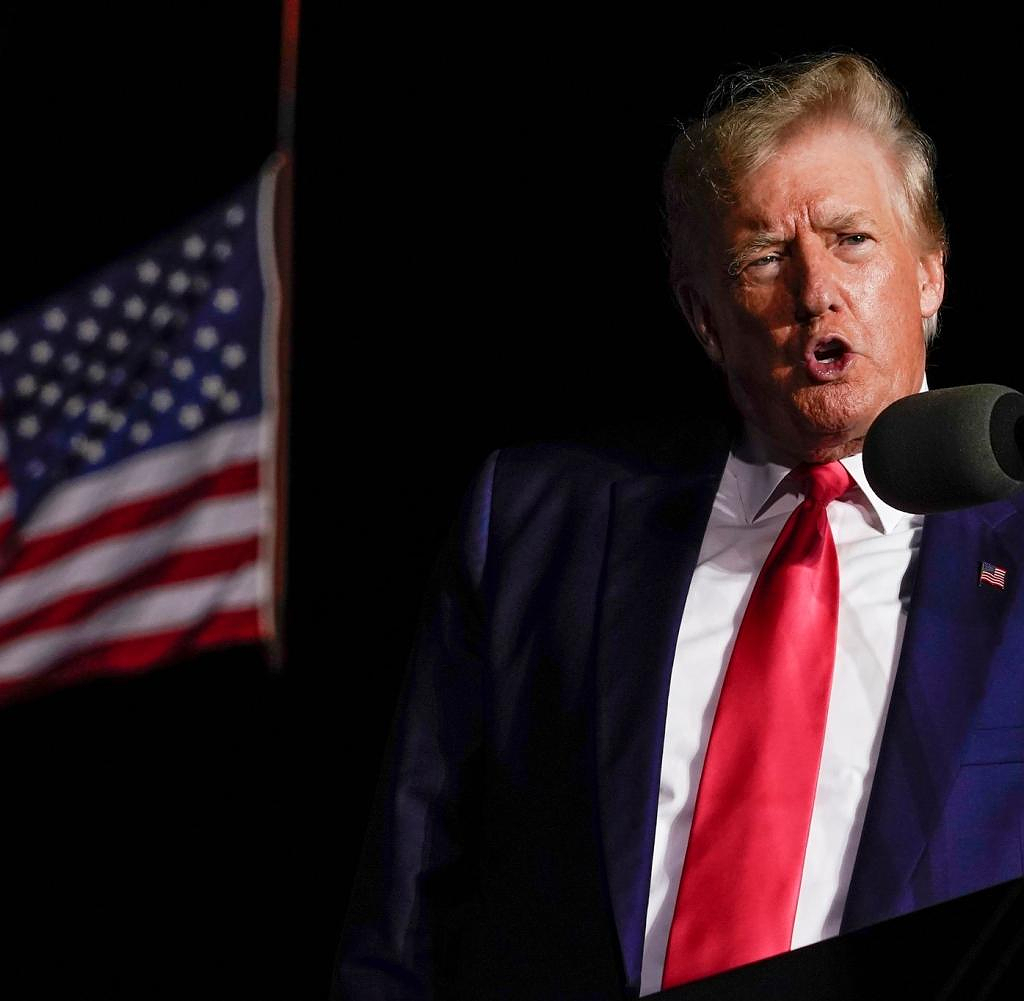 Around noon on January 6, 2021, supporters of then-President Donald Trump gathered for a protest rally in Washington D.C. gathered near the White House. At that gathering, Trump claimed his defeat was due to vote-rigging by the Democratic Party. He urged his supporters to go to the Capitol to get Congress to overturn the Electoral College's vote. Shortly after 2 p.m., numerous violent demonstrators stormed the parliament building while Trump drove back to the White House.

In this critical situation, Vice President Mike Pence and lawmakers were evacuated to safety inside the Capitol building. the us Capitol Police and Washington D.C. Mayor Muriel Browser requested help from the National Guard. Their use was approved by Vice President Pence after Trump refused the order. At around 5:40 p.m., the police declared the Parliament building secure again. Five people lost their lives in these clashes. Congress resumed its session that same evening and in the early morning of January 7 confirmed the election of Joe Biden as the 46th President of the United States.

The drama of this afternoon doesn't really allow for any increase. And yet, what would have happened if Vice President Mike Pence, who mattered most, if not ultimately, mattered in this situation, had embraced allegations and allegations made by Trump and other Republicans and failed to recognize the Electoral College election result?

The procedure then to be applied (12th Amendment to the US Constitution) would have led to a confirmation of Donald Trump by the House of Representatives with a probability bordering on certainty. It can be said without exaggeration that the USA and its democratic system were on the brink of a political catastrophe on the afternoon of January 6, 2021 - with consequences that could hardly be foreseen. How could it come to this?

The driving factors were and are undoubtedly the increasing polarization and the drifting apart in society. Technological leadership, entrepreneurial excellence, unimagined prosperity - they don't seem to bring people closer together, but rather cause them to move away from each other.

Issues like abortion and gun control pit people against each other. It remains difficult to understand that alcohol consumption in public is only permitted from the age of 21, but the purchase of semi-automatic weapons from the age of 18 - despite numerous deaths in almost regularly repeated shootings, many of them children.

Increasingly different values ​​and lifestyles reinforce this “alienation”. Well-educated, successful people at home in high-tech companies and scientific institutes tend to have liberal attitudes. For them it is important that minorities and immigrants get better opportunities; that people can live their sexual inclinations openly; that the socially needy and disadvantaged receive support; that environment and climate play an important role and that the state actively supports these goals.

At the same time, there are other regions and groups where people with a rather low income often do not know how the money should last until the end of the month. For them, it is important that church, family, local community and hard work maintain their place - central reference points for their self-understanding and identity - and that these reference points are not undervalued or questioned by other parts of society or by the government will.

Such contradictory values ​​and lifestyles are no coincidence: New technologies and the global convergence of markets have fundamentally transformed the US economy in recent decades.

To put it simply, the coastal regions in the east and west with their up-and-coming centers of the knowledge society have primarily benefited from this, while the middle of the USA, in particular the rural, sparsely populated areas with agriculture and more traditional industrial companies ("rust belt") clearly lost.

Ronald Reagan's tax reform in the 1980s exacerbated these contradictions even further. Tax cuts have indeed favored investments and jobs, but by no means to the extent and with the lasting effect that was promised by their initiators. The resulting budget deficits have led to cuts in numerous social programs - with the result of greater economic inequality, with further increasing prosperity at the top of the income pyramid.

Such structural cuts are not without consequences: When the income of typical American households stagnates for decades, questions arise about one's own perspectives (American Dream), about one's own fair share of what is generated overall.

Can I maintain my standard of living? How big is the risk of economic decline? Is there a positive perspective for your own children, for the next generation? These doubts give rise to insecurities that are suitable for calling into question outdated political traditions and convictions.

These doubts and insecurities find their sounding board in a radically changed media landscape: Instead of a few large TV companies and a handful of national newspapers, the Internet has taken the place of an almost infinite number of information providers and informants covering the entire social and political spectrum, including the extremes reflect.

From this diversity, many citizens consciously or unconsciously choose those that are closest to their own preferences and attitudes. Some watch Fox News, others CNN News. You quickly find yourself in an "echo chamber" of like-minded people - you come into less and less contact with other experiences, opinions or perspectives.

With such conflicting opinions and perspectives, the state cannot please anyone – especially not the government in faraway Washington. Those who want to change the country and society expect the President and Congress to do just that. For the others it is the opposite. They see themselves and their world and the fixed points of reference that give them orientation, such as church and family, permanent jobs and "hard work", fair opportunities and justice - they see all of this threatened.

In the run-up to the mid-term elections in November this year, the election campaign is already in full swing. There is a lot at stake for both sides - for the Democrats, continued support for Joe Biden through a Democratic majority in the House of Representatives, for the Republicans, conversely, the conquest of this majority with a signal effect for the 2024 presidential election. Recent decisions by the Supreme Court have provided additional explosive especially on the hotly debated issue of abortion.

Another political companion remains the House of Representatives' investigative committee on January 6, 2021. Interviews with President Trump's closest aides in June showed that he was fully informed about the fact that he had lost the presidential election on November 3, 2020, but nonetheless publicly adhered to the "stolen election". Trump's attempts to influence Vice President Mike Pence and other political actors in order to question the election result or change it in his favor were also clearly confirmed.

Nevertheless, polarization dominates here too: While some are increasingly calling for legal charges against Trump, the New York Times states for others: "Republicans Close Their Eyes to the Evidence of Jan. 6". This means that the Republican Party would first have to clarify its relationship with Trump, because the hearings on January 6, 2021 made it obvious that democracy and the American constitution are not binding for this former US President.

However, the Democrats cannot just point to the Republicans. The advocates of basic liberal attitudes do not have to share the conservative values ​​and lifestyles of large sections of the American population, but they do have to respect them. How else is a torn society supposed to come together again – when political confrontation becomes an end in itself and mutual respect becomes a foreign word?

Bridge builders between these different cultures are in short supply in the United States today. In a country where semi-automatic guns are almost freely available and a craggy media landscape fuels hatred, where elites accumulate wealth and the rust belt produces hopelessness above all else, where the average American feels that the "cancel culture" forbids him to speak, and it is extremely rare for liberals and conservatives to talk to each other – in a country like this, democracy is in danger!

After all, what holds country and society together when the challenges of the century, such as global climate change and the reconciliation between rival great powers, demand common answers? In the end, what is it that holds this country together at its core? Concerns about democracy in the United States, the leading power in the West, are more present than ever - worries that some believed had been resolved with the election of Joe Biden.

Johannes Ludewig was Secretary of State for Economic Affairs, adviser to Chancellor Helmut Kohl on economics, finance and development in the East, head of Deutsche Bahn and head of the Regulatory Control Council in the Federal Chancellery.

‹ ›
Keywords:
USAPolitikTrumpDonald (geb.1946)BidenJoseph R.DemokratieKapitol (USA)
Your comment has been forwarded to the administrator for approval.×
Warning! Will constitute a criminal offense, illegal, threatening, offensive, insulting and swearing, derogatory, defamatory, vulgar, pornographic, indecent, personality rights, damaging or similar nature in the nature of all kinds of financial content, legal, criminal and administrative responsibility for the content of the sender member / members are belong.
Related News