A gigantic glacier in Antarctica appears to be melting far faster than previously thought. 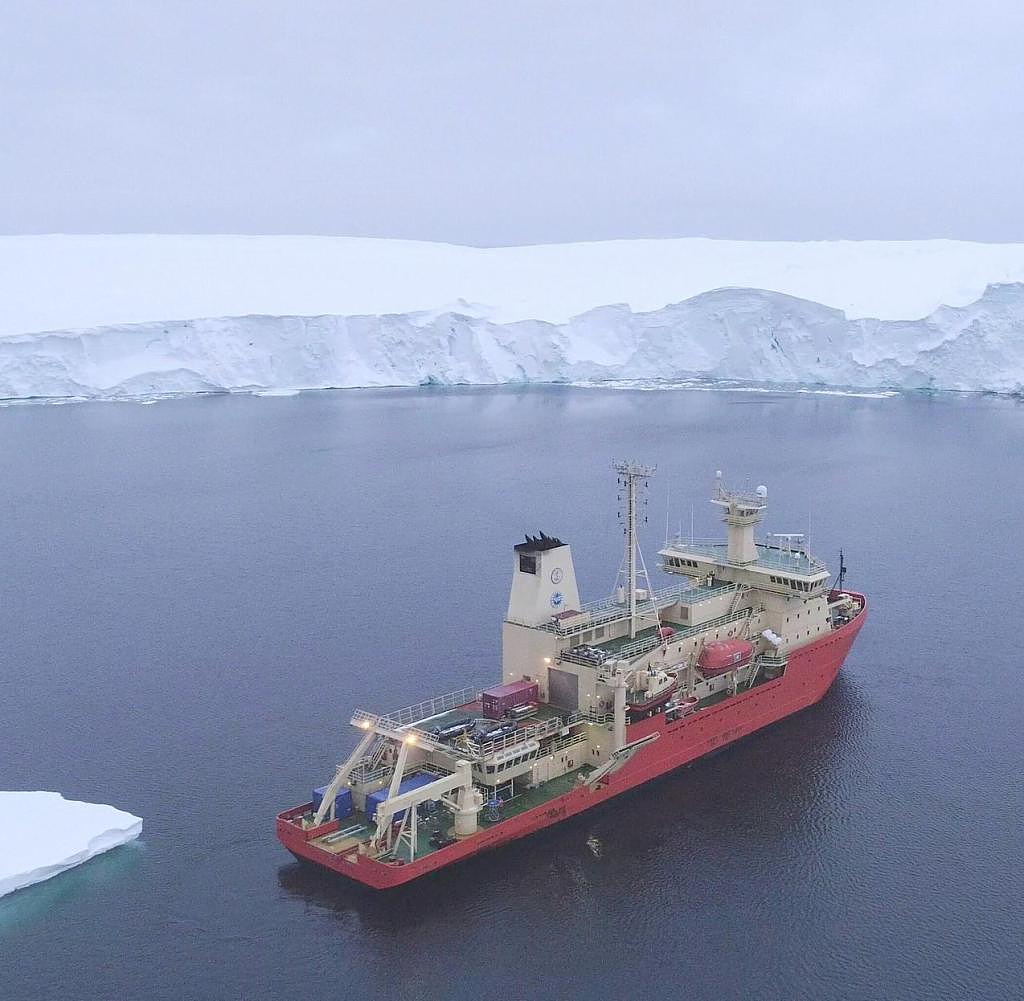 A gigantic glacier in Antarctica appears to be melting far faster than previously thought. This, in turn, could lead to a dramatic rise in sea levels, a new study says.

Thwaites Glacier is located in the western part of Antarctica and, at 192,000 square kilometers, is about the size of the US state of Florida. Because of its global importance, it is also called the “doomsday glacier”. An international team of researchers has now mapped the retreat of the ice giant over the centuries with the aim of learning from it for the future. The results give cause for concern.

The study was published in the journal Nature Geoscience. The team used an autonomous underwater vehicle equipped with sensors. The researchers found that sometime in the past two centuries, the front part of the glacier detached from the seafloor in less than six months and then retreated at a rate of 2.1 kilometers per year - about twice as fast as in the past years.

"Our results suggest that very rapidly receding pulses have occurred at Thwaites Glacier for the past two centuries and possibly into the mid-20th century," said University of South Florida marine geophysicist Alastair Graham. one of the lead authors of the study.

The giant, which is under constant observation by scientists, is melting along its underwater edge due to warm ocean currents. The potential impact of Thwaites' retreat is staggering, a statement accompanying the study said: A complete loss of the glacier and surrounding ice could result in a sea level rise of 90 centimeters to three meters. In other words, coastal cities like San Francisco, Miami, London and New York could be partially flooded.

Co-author Robert Larter of the British Antarctic Survey warned: "Thwaites is really just holding on with his fingernails today." Big changes on small time scales can be expected in the future once the glacier has passed a certain point have withdrawn.

‹ ›
Keywords:
NewsteamGletscherAntarktisErderwärmungMeeresströmungSexBritish Antarctic SurveyGroßbritannien
Your comment has been forwarded to the administrator for approval.×
Warning! Will constitute a criminal offense, illegal, threatening, offensive, insulting and swearing, derogatory, defamatory, vulgar, pornographic, indecent, personality rights, damaging or similar nature in the nature of all kinds of financial content, legal, criminal and administrative responsibility for the content of the sender member / members are belong.
Related News