He wanted to create a program that could communicate with a computer at the age of 17. 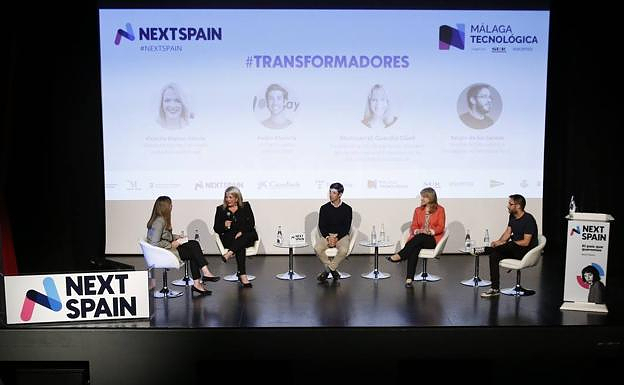 He wanted to create a program that could communicate with a computer at the age of 17. He wasn't one of those "assistants" who answer your questions with canned answers, but a program that could have a conversation between him and the machine so he could share his world and hers. Because he knew he needed to be trained beforehand, he didn't write one line of code. He is now a professor of Artificial Intelligence at UMA's ETS of Computer Engineering (UTS) and the founder of ToolBoxAcademy, but Francisco Vico hasn’t yet written the program. He believes he has "a lot more to learn".

Vico shared the information this Thursday at the first session of Next Spain, the Vocento initiative that was launched in Malaga. It included among its main conclusions the need for computer programming to be made available in schools. At the first meeting of the national project, which has Telefonica, Correos Caixabank El Corte Ingles and Caixabank as sponsors, experts in technological innovation met. The City Council unanimously agreed that training should begin at childhood. of Malaga and the Youth Area of Malaga City Council.

Francisco Vico, an international expert in Artificial Intelligence, was the first speaker at La Caja Blanca, in the capital. He is also the founder of ToolBoxAcademy which has helped more than 22,000 students aged six to eighteen pass. The UMA professor was focused on the launch of a message at an early age: "We must adapt tech to boys and girls, and not expect them adapt to technology."

Vico believes that programming is best taught to children as soon as possible. Professor Vico defended his belief that computational thinking is a way to approach life in general. This means that any student can start this learning from the sixth grade. Vico's conviction in didacticism led him to set an ambitious goal: computer literacy within five years.

Vico stated that curiosity is the greatest weapon for reaching those literacy levels we need. He also said, before he finished: "Programming is a crosscutting skill and it is getting more weight." The professor's importance was evident from school to work, and not just for the young, but also for professionals who will need to reuse their knowledge in order to remain in a job market that is more aware of (and in demand) those with computer skills. .

The first debate of today was centered on the need for better education. However, it also brought up another important issue: investment. Particularly, Spain is the country that wants to invest in technological innovation. Victoria Blanco, DayOne CaixaBank director in Eastern Andalusia said that "we lack national investors." "We are at a unique time for'startups." "I am impressed by Malaga because 80% my investors are from Malaga," said Pedro Claveria (CEO and founder of Playtomic), who claimed that a bill of EUR100 million was signed for Playtomic's application to reserve tennis courts and paddle tennis courts.

Before addressing cybersecurity, Sergio de los Santos, director of Laboratory and Innovation at Telefonica Tech, stated that "In Spain, there isn't so much appetite for risks when it comes to investment, but there are some innovative spirits that have materialized in Malaga". Montse Guardia (co-founder and CEO at Big Onion) brought up an ethic to "reflect on ethics, humanism, and technology as a way to live better".

This transformative capacity was directly linked to the title of last colloquium, which telematic one, and starring Hugo Giralt (CEO of Propelland), from New York and Cristina Aleixendri (co-founder and director for operations at Bound4Blue), connected from Barcelona. Both men agreed that long-term investments are necessary in a sector that is in constant transformation. They also mentioned the competitive advantages Spain and Malaga have when it comes installing technological "hubs" in Europe.

The 'Next Spain" initiative seeks to strengthen links. In Malaga, the journalist from SUR Ana PerezBryan was the master of ceremonies. He led the first session. This initiative aims to "illuminate the nation we love, putting emphasis on companies, citizens and institutions that work -and, above all, to join-with talent, innovation, and commitment>>. Prensa Malaguena's general director Antonio Gonzalez announced that the platform will be hosting its next stop in Madrid and Valencia. He said that this is to promote events that have a great impact on a national scale. We want to share it, and we want you to be excited."

A false sense of innovation and technology that should not be encouraged in school. This was made clear by the first date of "Next Spain".

‹ ›
Keywords:
ForoTecnologicoNextSpainDirecto
Your comment has been forwarded to the administrator for approval.×
Warning! Will constitute a criminal offense, illegal, threatening, offensive, insulting and swearing, derogatory, defamatory, vulgar, pornographic, indecent, personality rights, damaging or similar nature in the nature of all kinds of financial content, legal, criminal and administrative responsibility for the content of the sender member / members are belong.
Related News