After the accident of a Finnish special ship, the Holtenau high bridges over the Kiel Canal in Kiel are still closed. 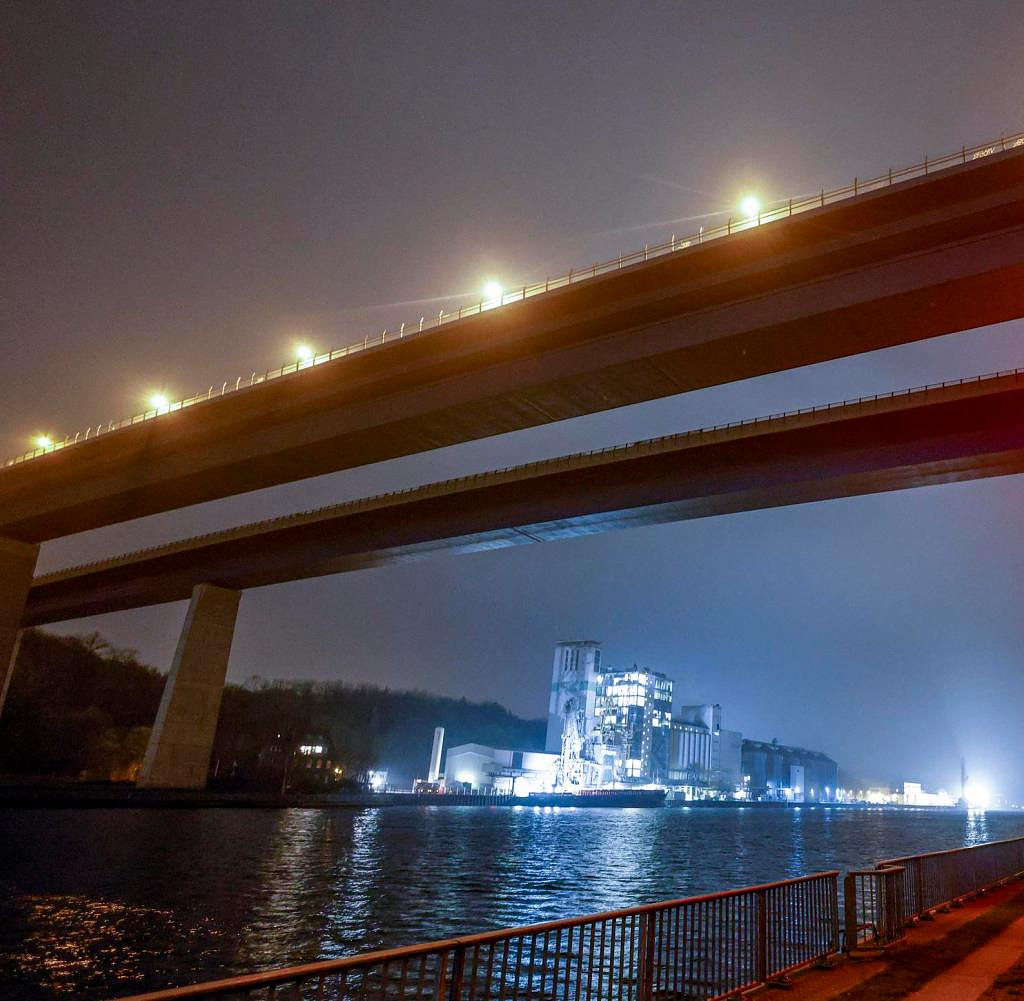 After the accident of a Finnish special ship, the Holtenau high bridges over the Kiel Canal in Kiel are still closed. Only ambulances and the fire brigade are currently allowed to drive on the bridges as part of the federal highway 503. According to the state office for road construction and traffic, an external auditor should examine the exact damage to the structure.

The boom of a 38 meter high crane on board the ship hit the bridges at around 4.30 a.m. on Wednesday shortly after passing through the Holtenau lock. The heavy-duty and work ship was on its way towards Brunsbüttel. The police are checking whether technical or human error was the cause of the accident. Nobody was injured in the accident.

Hopes for a quick resumption of shipping traffic were dashed early Wednesday evening. During the assessment of the damaged ship lying on the canal bank, it turned out that the crane on deck had been so badly damaged by the accident that it was no longer safe, said a spokesman for the Water and Shipping Office (WSA) Kiel Canal . The risk of waves from a passing ship leading to another accident is correspondingly high. The damaged ship itself may not be moved either.

The spokesman said that a crane specialist would have to assess the situation on Thursday. After the closure on Wednesday morning, 16 ships were stuck in the canal, and several more were waiting in Kiel to enter the canal.

The damage to the two bridges is visible from the ground, one of them has a dent. "When you're in the hollow chamber, it looks worse," said Susan Müller, the senior engineer at the State Office for Road Construction and Traffic, after an initial assessment of the damage by experts. In both bridges, deformations on the crossbeams and numerous cracks in the weld seams as well as tears in the seams were found. Müller assumes that the damage will be in the six-figure range.

In response to the closure, the Kieler Verkehrsgesellschaft increased bus services from Strande, Schilksee and Holtenau to the passenger ferry in Holtenau. Pedestrians and cyclists can cross the canal there. The company is also working on an emergency timetable in the event that the high bridges remain closed for a longer period of time. "We are doing everything we can to ensure that the four districts of Kiel beyond the Holtenauer Hochbrücke remain connected to the city center in the coming days," said Mayor Ulf Kampfer (SPD).

‹ ›
Keywords:
SchleswigHolsteinLauterbachJörnSchifffahrtVerkehr
Your comment has been forwarded to the administrator for approval.×
Warning! Will constitute a criminal offense, illegal, threatening, offensive, insulting and swearing, derogatory, defamatory, vulgar, pornographic, indecent, personality rights, damaging or similar nature in the nature of all kinds of financial content, legal, criminal and administrative responsibility for the content of the sender member / members are belong.
Related News