"Culture is not only an extra soul, it is also an economic engine for a territory": on the eve of the anniversary weekend, the director of the museum, Marie Lavandier, thus sums up the crazy gamble of its creation, in the heart of a mining area left bloodless by the end of coal mining. 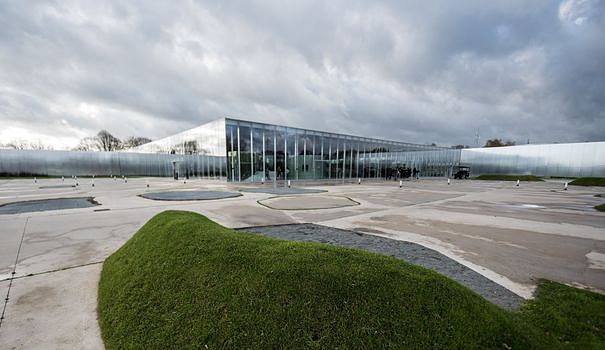 "Culture is not only an extra soul, it is also an economic engine for a territory": on the eve of the anniversary weekend, the director of the museum, Marie Lavandier, thus sums up the crazy gamble of its creation, in the heart of a mining area left bloodless by the end of coal mining.

On a former 20-hectare wasteland, dominated by the Bollaert stadium and the black silhouettes of two slag heaps, buildings with glass facades and clean lines are deployed, integrated into a park open to all.

Opposite the museum, a former settlement has been converted into a four-star hotel, retaining the original brickwork. Between 2012 and 2019, hotel nights increased by 20% in the mining area.

The metamorphosis began in 2003, when Jacques Chirac's Minister of Culture Jean-Jacques Aillagon committed himself to the decentralization of the major Parisian museums.

The voluntarism of the presidents of the regional council of Nord-Pas-de-Calais, the socialist Daniel Percheron, and of the Louvre, Henri Loyrette, will do the rest. The candidacy of Lens, a sub-prefecture without a museum or cinema, is accepted.

The museum was inaugurated on December 4, 2012 -- Saint Barbara's Day, patron saint of miners -- shortly after the mining basin was listed as a UNESCO World Heritage Site.

The priority of the museum is to reach a local audience. A team of 30 mediators works to overcome the feeling of illegitimacy that some residents may feel, and intervenes both in shopping centers and in schools.

Another experiment, a "participatory exhibition" designed by young people in reintegration in the region will open on September 4, entitled "Intimate and me".

Emblematic of this approach, the Galerie du Temps, with free access.

In a vast room, millennia of human creation unfold, thanks to works lent by the Louvre and the Quai Branly, from an Egyptian sarcophagus to a painting by Fragonard.

Resident of Bully-les-Mines, Sara Dambrine strolls there among Belgian and German tourists and many school groups.

"We can't all travel to Paris to see exhibitions," notes this 23-year-old makeup artist, who has never visited the "historic" Louvre.

Here, 23% of visitors are workers or employees, against 13% national average, and 70% from the region.

The territory is carried by the dynamics of the museum, assures Marie Lavandier, but "obviously transforming a territory which was mono-industrial for a century takes time".

Signs of a profound change, a factory of electric batteries for automobiles has been established a few kilometers from Lens. The proportion of inhabitants with higher education has increased by 40% between 2008 and 2018 and unemployment is falling.

Lens, which has been losing inhabitants since the 1960s, has been regaining some since 2016, also rejoices the mayor (PS) Sylvain Robert.

"We see that the promoters' approach is different, larger operations are done more naturally thanks to the visibility provided by the museum", he explains.

Distant from the museum of 2km, the city center seems however to remain a little apart. Many shops are closed there.

"It is still difficult to make the link between the city and the museum" observes Laurent Lestienne, manager of the brewery L'Imbeertinence.

This local child, whose two minor grandfathers died of silicosis, nevertheless considers the Louvre-Lens as an opportunity for the decades to come. He is pleased to have, thanks to communication efforts, succeeded in capturing "a very qualitative clientele".

"More than a motor, the Louvre-Lens is a dynamic accelerator", judge Laurent Duquenne, of the Mining Basin Mission.

With huge expectations at the start, the transformation may not be going fast enough for some, he admits, but "something is on the way".