CNR: Emmanuel Macron does not exclude that the proposals lead to referendums

Marcoussis (Essonne) is better known for being the temple of tricolor rugby - the national center is located there - than that of political celebrations. 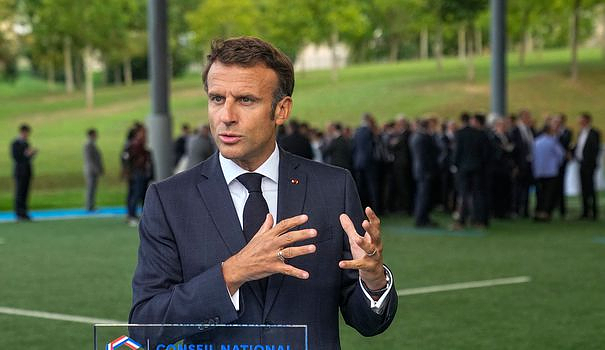 Marcoussis (Essonne) is better known for being the temple of tricolor rugby - the national center is located there - than that of political celebrations. But this Thursday, September 8, Emmanuel Macron was present there to record the launch of the National Council for Refoundation (CNR), a body for dialogue with vague outlines. And if the training sessions of the XV of France can be open to the public, the CNR will be played behind closed doors.

It must be said that the body, described by the government as "a new method", did not really pack: it was rejected and shunned by many elected officials and unions. "The absent are always wrong," said Emmanuel Macron, ensuring however that "the door will always be open" for further discussions. "52 people representing political forces, trade unions and elected officials have been invited, forty are there. The 12 who are not there are wrong (...) and we must not explain afterwards that we have not been consulted, or that it's too vertical," he said.

In front of those present, at the opening of the CNR, the president announced the launch "as of next week" of a "very broad national consultation", both online and in the field, to put the French people "in the of the great choices of the nation". This, believes the Head of State, "will complete today's meeting" and the territorial variations of the CNR. A dedicated website must also be launched in the evening.

Emmanuel Macron did not rule out that proposals resulting from the debates of the CNR could "lead to referendums". “If the process we are launching today allows us to follow up on this, we will do so,” he said. After the CNR, there will be a "collective birth" phase to "create consensus" and "say what we agree on and disagree on". "There is at the same time a part of action, added the president. In the coming weeks, we will change the school, health, thanks to its territorial variations, by building these maps (road)."