The SunWood Churriana Swimming Club's female junior swimming team has placed second in the Andalusian championship of this category. 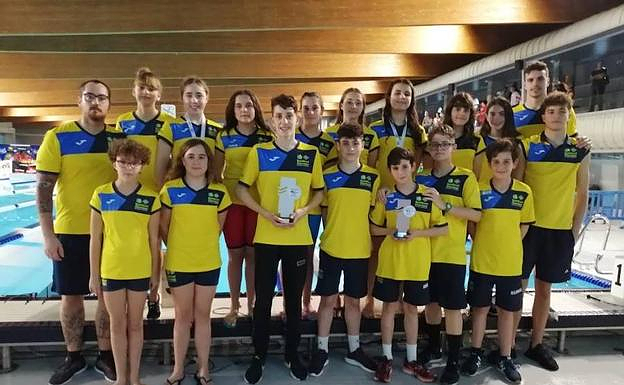 The SunWood Churriana Swimming Club's female junior swimming team has placed second in the Andalusian championship of this category. It was held in Torre del Mar indoor pool between February 8th and 10. These young athletes finished second to the Navial Club From Cordoba.

Individually, Carmen del Aguila's participation in the swimming club has been outstanding. She was the Andalusian runner up in the 400 styles, 200 free and third in 200 butterfly. She has been selected by the Andalusian team for the Spanish Youth Championship by Communities in March because of the three medals she won. Rosalia Dieguez was also proclaimed Champion Of Andalusia at the 100 free. She also took 4th, 5th, and 6th in other tests. Laura Nanu was third in the 100-free.

Relays are the key

SunWood Granada was third in the club category. This is after the Navial Swimming Clubs and Fuengirola Swimming Clubs. The male category has seen participants reach the tenth spot.

These tests were held to determine the top junior teams within the Autonomous Community. Inacua Huetor Vega and CN Las Gabias have also participated in the test and finished in 6th, 12th and 15th respectively.

‹ ›
Keywords:
SunwoodChurrianaLograSegundoPuestoCategoriaAlevinFemeninaCampeonatoAndalucíaNatacion
Your comment has been forwarded to the administrator for approval.×
Warning! Will constitute a criminal offense, illegal, threatening, offensive, insulting and swearing, derogatory, defamatory, vulgar, pornographic, indecent, personality rights, damaging or similar nature in the nature of all kinds of financial content, legal, criminal and administrative responsibility for the content of the sender member / members are belong.
Related News