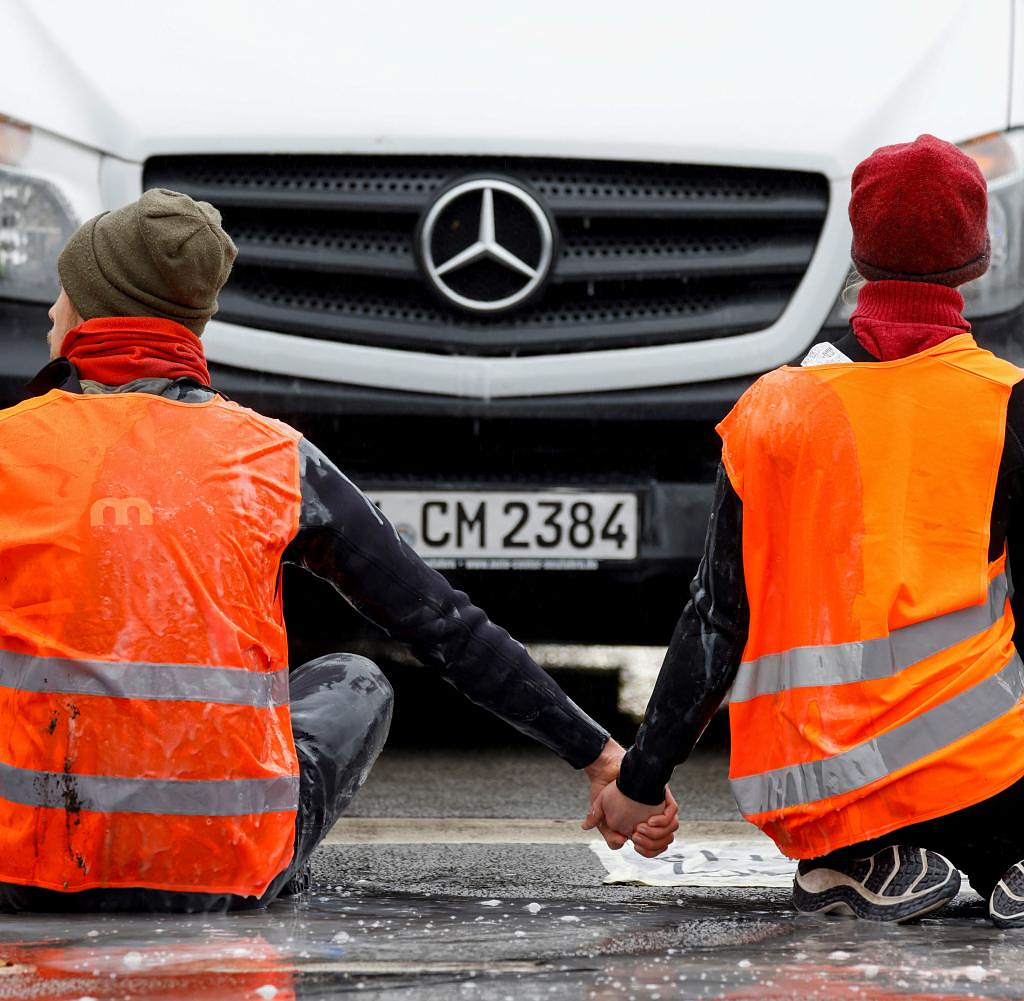 Climate protectors blocked a busy street at Hamburg's Dammtor station on Wednesday. There are about ten to 15 people, said a police spokesman. According to a dpa photographer, the officials carried several members of the "Last Generation" initiative off the road.

Six other climate protectors were stuck on Edmund-Siemers-Allee. Several buses were able to pass the protest, others bypassed the area over a large area.

‹ ›
Keywords:
HamburgTexttospeechMusikMünchenDeutschland StraßeKlimaHamburger DammtorbahnhofHamburger StraßeKlimaschützer
Your comment has been forwarded to the administrator for approval.×
Warning! Will constitute a criminal offense, illegal, threatening, offensive, insulting and swearing, derogatory, defamatory, vulgar, pornographic, indecent, personality rights, damaging or similar nature in the nature of all kinds of financial content, legal, criminal and administrative responsibility for the content of the sender member / members are belong.
Related News