Climate: NGOs around the world threaten to take their governments to court

"If you continue to let us down, we will turn to the courts to demand accountability", warn more than twenty associations, including Notre Affaire à tous in France. 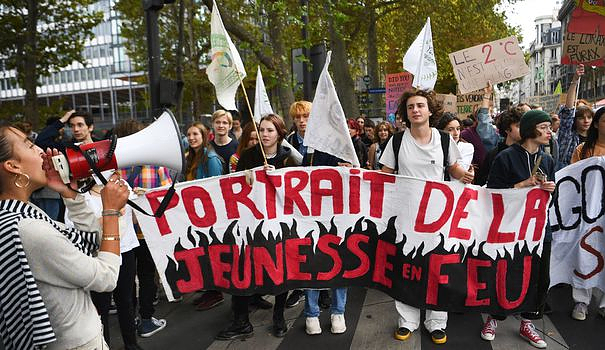 "If you continue to let us down, we will turn to the courts to demand accountability", warn more than twenty associations, including Notre Affaire à tous in France.

They call on governments to act more decisively to limit global warming and to mitigate its catastrophic effects.

“COP27 is an opportunity for you to change course: to minimize the scale of suffering and human rights violations caused by your failure to address the crisis, and to meet your legal obligations under national law and international", argue the NGOs, before the major international climate meeting under the aegis of the UN, which is held in November in Egypt.

Among the signatories, Notre Affaire à Tous has already condemned the French State, a court holding it "responsible" for breaches of its commitments and the "ecological damage" which results therefrom.

The Dutch foundation Urgenda, for its part, obtained from the Supreme Court of the Netherlands in 2019 that it order the State to reduce its greenhouse gas emissions by at least 25% by the end of 2020.

The number of climate disputes around the world has risen sharply in recent years. The Columbia Law School database thus lists more than 2,000 cases around the world, the majority of which are in the United States.