Climate: commitments "very far" from being sufficient before the COP, warns the UN

Far from limiting the rise in temperatures to 1. 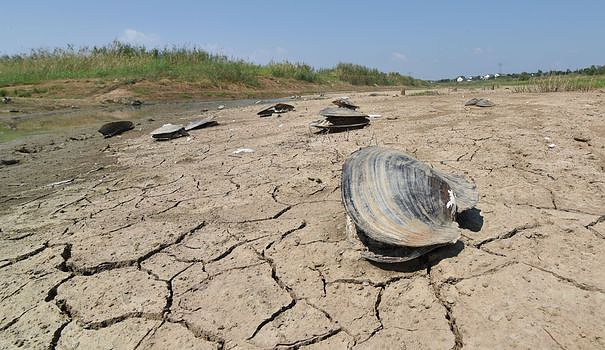 Far from limiting the rise in temperatures to 1.5°C or 2°C, the two flagship figures of the treaty, the greenhouse gas emission reduction plans of 193 signatory parties "could put the world on the path to 'a warming of 2.5°C by the end of the century', warns the UN climate agency in its latest summary of the commitments received.

And this even though with nearly 1.2°C of warming, the world is already facing the devastating impacts of climate change, as illustrated by the catastrophic procession of floods, heat waves, droughts or mega-fires that have marked the year 2022.

At the last world climate conference, COP26 held a year ago in Glasgow, countries were called upon to increase their "Nationally Determined Contributions" (NDCs) every year, instead of every five years. as provided for in the agreement signed in 2015.

But as of September 23, the deadline for them to be taken into account before the new conference to be held from November 6 to 18 in the Egyptian city of Sharm el-Sheikh, only 24 countries had submitted a new or reinforced NDC. A "disappointing" figure recognized the head of the UN Climate, Simon Stiell.

“We are very far from the level and the speed of emission reductions necessary to put us on the path to a world of 1.5°C”, he underlined in a written commentary on this summary. “To keep this (1.5°C) target alive, governments must strengthen their plans now and implement them within the next eight years,” he insisted.

The objective of "1.5 degrees is in intensive care" for his part commented on the head of the UN, Antonio Guterres for whom "we are heading towards catastrophic developments". "I would say we have two or three years to change course," he told the BBC.

Because according to UN experts, global emissions must fall by 45% by 2030, compared to 2010 levels, to meet this objective, set in relation to the average temperatures of the pre-industrial era, when the Humanity has started to use fossil fuels massively, producing greenhouse gases that cause global warming.

Very far from the new synthesis of the NDCs, according to which the current commitments would lead on the contrary to a 10.6% increase in emissions over this same period. A belated glimmer of hope, they would allow a drop in emissions after 2030, which was not the case last year.

But for the time being, the World Meteorological Organization (WMO) for its part announced on Wednesday that the concentration of methane, a powerful greenhouse gas, made an unprecedented leap in the atmosphere in 2021 to reach a level record. CO2 and nitrous oxide also continue to break records.

In a separate study on long-term strategies towards "carbon neutrality" published on Wednesday, the UN Climate calculates that emissions from countries that have adopted such plans could drop by around 68%, if they are actually implemented. . But immediately warns that "many" of these plans are "uncertain" and without concrete application.

The latest report by UN climate experts (IPCC), published in 2021/22, highlighted the short time left to ensure a "liveable future" for humanity. But scientists point out that every fraction of a degree of warming avoided counts and that action must therefore be taken.

"The report (on the NDCs) and that of the IPCC are useful reminders," Egyptian Foreign Minister Sameh Choukri, who will chair COP27, said in a statement on Wednesday. "It is essential to raise ambitions and urgently implement them (...) to protect us from severe climate impacts and devastating loss and damage", he underlined.