Climate activists unroll posters at the Epiphany meeting of the FDP

Climate activists have gained access to the Stuttgart Opera with banners and disrupted the traditional Epiphany rally of the liberals. 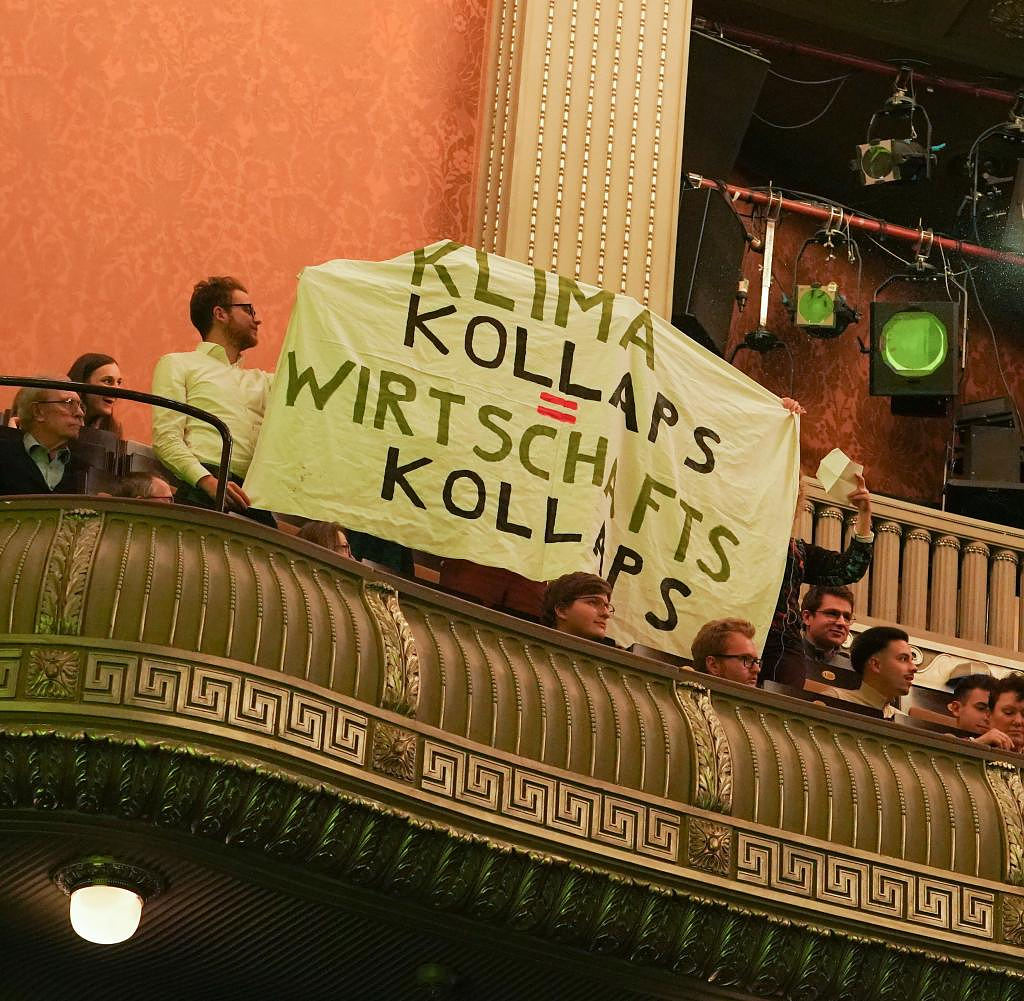 Climate activists have gained access to the Stuttgart Opera with banners and disrupted the traditional Epiphany rally of the liberals. They interrupted the speech by Federal Chairman Christian Lindner, rose from their seats on the gallery, sang "We shall overcome" and unfurled banners.

One bore the inscription "Climate collapse = economic collapse". The other read: 'Better not to govern than wrong. That's why the speed limit is immediate.” Lindner reacted with biting humor and advised the activists to stick to the opera – at least then they wouldn't be able to obstruct anyone else.

Six climate activists stuck themselves on a street in Mannheim on Friday. The police were on site quickly and released five of the activists from the asphalt before the adhesive had hardened, a police spokesman said. This was initially not possible for another person involved – he was only removed from the road after an hour and a half. The street at Friedrichsplatz was temporarily closed to vehicle traffic. According to the officials, there were no major traffic disruptions because the traffic was diverted.

‹ ›
Keywords:
NewsteamFDPDreikönigstreffenTexttospeechChristian LindnerStuttgarter OperFriedrichsplatzMannheimPolizeiDreikönigskundgebungKrimi
Your comment has been forwarded to the administrator for approval.×
Warning! Will constitute a criminal offense, illegal, threatening, offensive, insulting and swearing, derogatory, defamatory, vulgar, pornographic, indecent, personality rights, damaging or similar nature in the nature of all kinds of financial content, legal, criminal and administrative responsibility for the content of the sender member / members are belong.
Related News