Climate activists stick to works in the Berlin picture gallery

Climate activists have once again stuck to a museum picture. 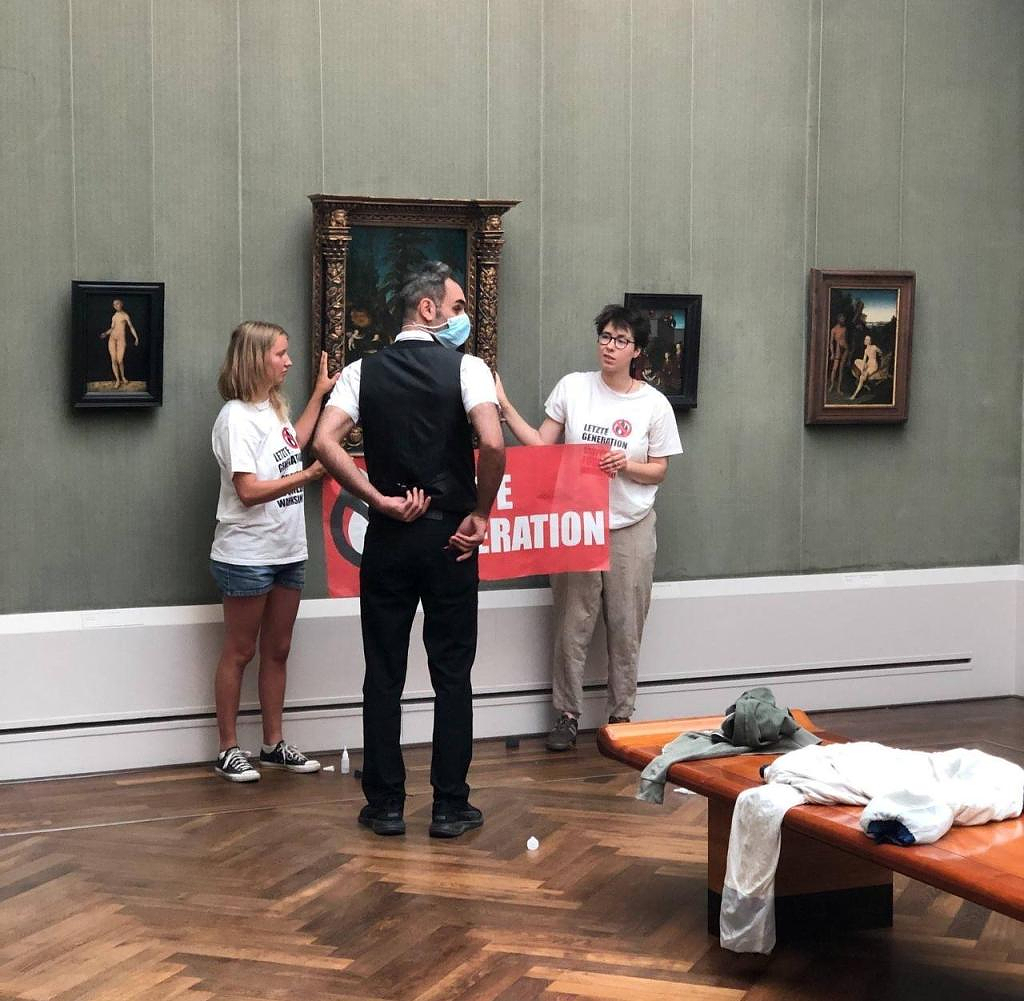 Climate activists have once again stuck to a museum picture. The picture gallery in Berlin was affected on Thursday. The State Museums confirmed the attack. The painting "Rest on the Flight into Egypt" by Lucas Cranach the Elder (1472-1553) is affected.

According to dpa information, two activists stuck to the frame of the painting. The alarm system was triggered. The young women had a poster of the "Last Generation" movement with them, and on their T-shirts it said "Stop the fossil madness".

On Wednesday, two climate activists glued themselves to the frame of a large painting in Frankfurt's Städel. Only on Tuesday there was a similar action in the Old Masters Picture Gallery in Dresden.

This year, climate activists of the "last generation" have already blocked hundreds of streets nationwide. The activists are demanding that Chancellor Olaf Scholz (SPD) and Economics Minister Robert Habeck (Greens) do more to expand renewable energies.

‹ ›
Keywords:
TexttospeechNewsteamKlimaschutzGrüneAlte MeisterOlaf ScholzGemäldegalerieSPDKrimiÄgyptenLucas Cranach Dem ÄlterenDresdenRobert HabeckFrankfurt
Your comment has been forwarded to the administrator for approval.×
Warning! Will constitute a criminal offense, illegal, threatening, offensive, insulting and swearing, derogatory, defamatory, vulgar, pornographic, indecent, personality rights, damaging or similar nature in the nature of all kinds of financial content, legal, criminal and administrative responsibility for the content of the sender member / members are belong.
Related News