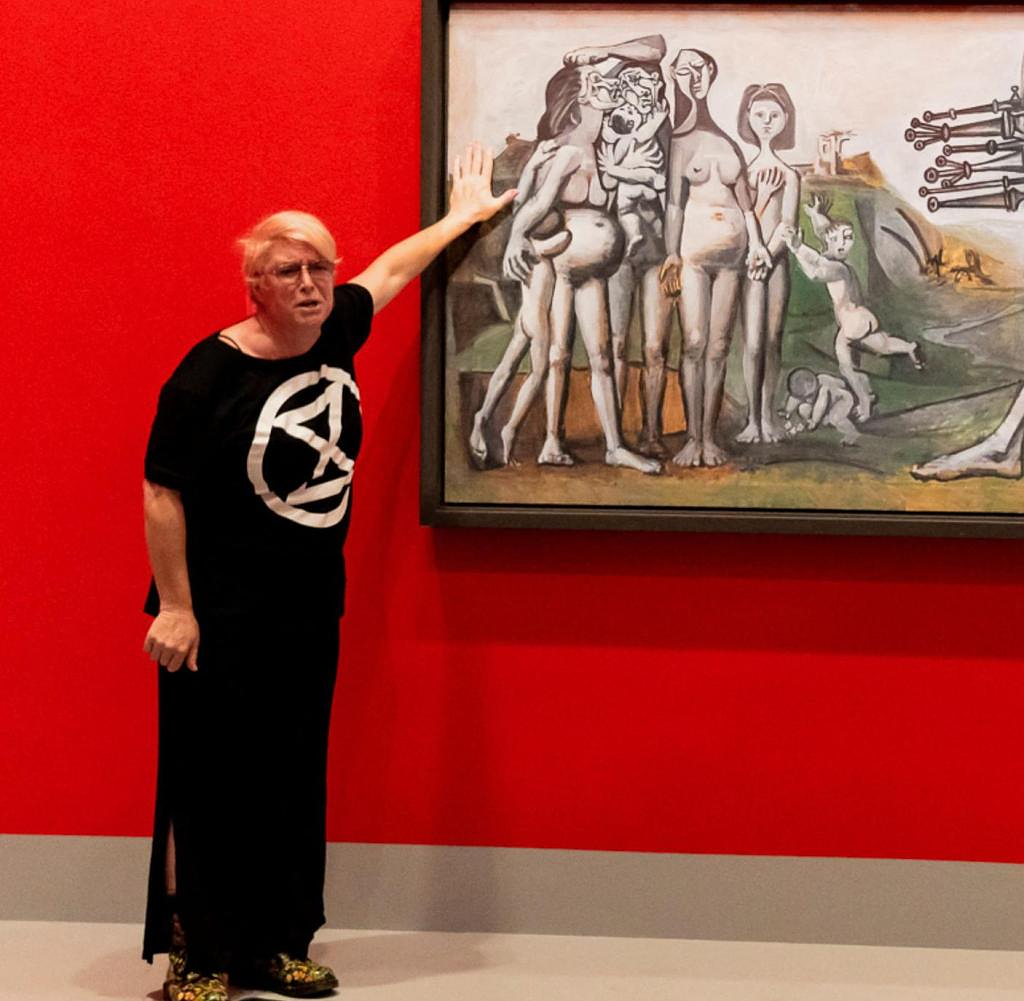 Self-proclaimed climate activists have repeatedly stuck to famous paintings in recent months. In August, for example, two women stuck themselves to a work by Lucas Cranach the Elder in the Berlin Picture Gallery, to the world-famous “Sistine Madonna” in Dresden, and there were similar actions in Florence and London, among other places.

Now Australia has also experienced a similar action: In Melbourne, two climate activists attached themselves to a Picasso painting. The two taped their hands to the acrylic sheet covering the anti-war painting "Massacre in Korea" at the Victoria State National Gallery, police said on Sunday.

Photos circulating on the Internet show the two activists pressing their hands on the Picasso, standing next to a man wearing a T-shirt from the climate protection movement "Extinction Rebellion". There is a banner on the ground with the words "Climate chaos = war hunger".

According to the police, it took about an hour to detach the two demonstrators from the picture. The gallery emphasized that the work remained intact during the action. According to the British Guardian, a spokesman for Extinction Rebellion said the group "knew we could carry out this action without damaging the artwork itself. Our intention has always been to stick on the plexiglass to protect it.”

‹ ›
Keywords:
NewsteamPicassoPabloKlimaerwärmungPolizeiKlimaschutzbewegungMelbournePicassoGemäldeGuardianDresdenBundesstaates VictoriaLondonExtinctionKrimiLucas Cranach Dem ÄlterenMadonnaFlorenz
Your comment has been forwarded to the administrator for approval.×
Warning! Will constitute a criminal offense, illegal, threatening, offensive, insulting and swearing, derogatory, defamatory, vulgar, pornographic, indecent, personality rights, damaging or similar nature in the nature of all kinds of financial content, legal, criminal and administrative responsibility for the content of the sender member / members are belong.
Related News