Activists from the climate protection movement Extinction Rebellion glued themselves to sports cars at the auto show Mondial de l'Auto in Paris. 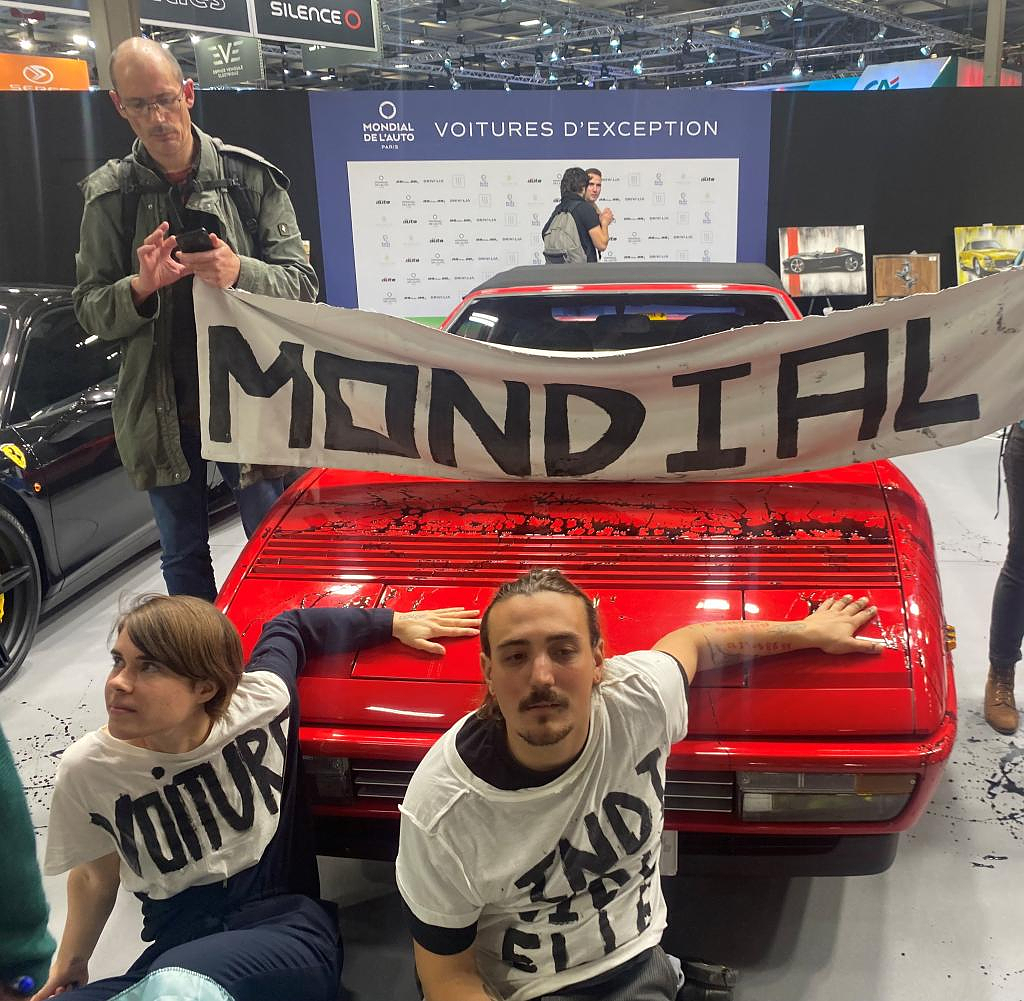 Activists from the climate protection movement Extinction Rebellion glued themselves to sports cars at the auto show Mondial de l'Auto in Paris. A Twitter video released by the group on Friday night showed several activists sticking their hands to a row of luxury red cars. Others held up banners and shouted slogans.

The activists denounced "an polluting industry that is trying to whitewash its image with 'green' vehicles but continues to promote the private car as the mode of transport of the future," the climate protection movement said.

She called for an end to the promotion of individual car ownership and for improvements in public transport. According to the group, eleven people were arrested.

‹ ›
Keywords:
NewsteamExtinction RebellionSportwagenKlimaschutzParis
Your comment has been forwarded to the administrator for approval.×
Warning! Will constitute a criminal offense, illegal, threatening, offensive, insulting and swearing, derogatory, defamatory, vulgar, pornographic, indecent, personality rights, damaging or similar nature in the nature of all kinds of financial content, legal, criminal and administrative responsibility for the content of the sender member / members are belong.
Related News