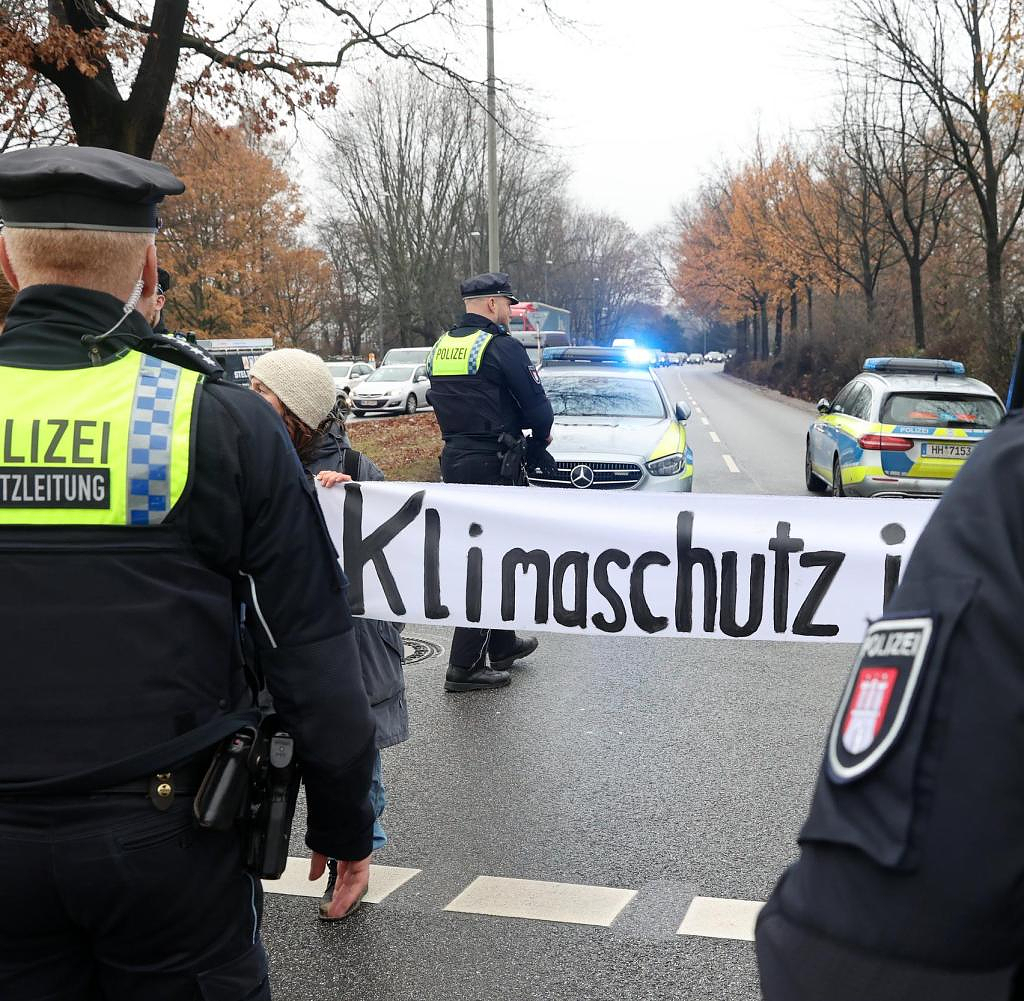 Climate activists from the group "Extinction Rebellion (XR)" blocked the busy Kennedy Bridge in downtown Hamburg on Wednesday. According to the police, traffic came to a standstill for a short time. Four activists from the organization Extinction Rebellion were therefore on the driveway to the Kennedy Bridge in the direction of Dammtor for about ten minutes until they were carried off the road by the police. One person tried to stick himself to the ground. In a press release, the activists called for a fossil and nuclear-free future and showed their solidarity with the Last Generation group. The police were on site with several patrol cars.

Most recently, an action by the Last Generation group in Hamburg turned into a joke. Two activists glued themselves to the conductor's podium at the beginning of a concert in the Elbphilharmonie in November - apparently not realizing that it was just stuck in the floor. The orchestra master unceremoniously removed the frame from the bracket and led the woman glued to it and her companion into an adjoining room, a photo of the people there looking a little puzzled quickly went viral.

But there were also campaigns by the “last generation” in other cities on Wednesday. In Berlin, for example, the top of the Christmas tree at the Brandenburg Gate was cut. A spokesman for the Berlin police said that two people had used a lifting platform on Pariser Platz to go up and sawed off the top of the tree. Their personal details were then recorded. Further measures would be examined. Two women sawed off the top two meters of the 15 meter high Nordmann fir, the group "Last Generation" explained. A banner with the words "This is just the top of the Christmas tree" was attached to the lifting platform.

Ten climate activists from the group had also glued themselves to a lane in Munich and blocked it. It would have taken the officials about an hour and a half to remove all participants in the protest from the street. The police took the ten activists to a police station.

The Last Generation group repeatedly draws attention to itself with protest actions against what they consider to be inadequate climate policy in Germany, with Berlin and Munich having been the main focus so far. After a group protest at Munich Airport, the city of Munich tightened the rules for such actions by general decree. Accordingly, the call for unannounced adhesive protests on the streets is also prohibited until the beginning of January.

‹ ›
Keywords:
Aufstand Der Letzten Generation (Aktivisten)LauterbachJörnHamburgKlimapolitikTexttospeechKennedybrückeMünchenDammtorAlsterElbphilharmoniePolizeiExtinctionKrimi
Your comment has been forwarded to the administrator for approval.×
Warning! Will constitute a criminal offense, illegal, threatening, offensive, insulting and swearing, derogatory, defamatory, vulgar, pornographic, indecent, personality rights, damaging or similar nature in the nature of all kinds of financial content, legal, criminal and administrative responsibility for the content of the sender member / members are belong.
Related News