Another protest action in the art museum: on Wednesday, two climate activists stuck one hand to the frame of a large painting in Frankfurt's Städel. 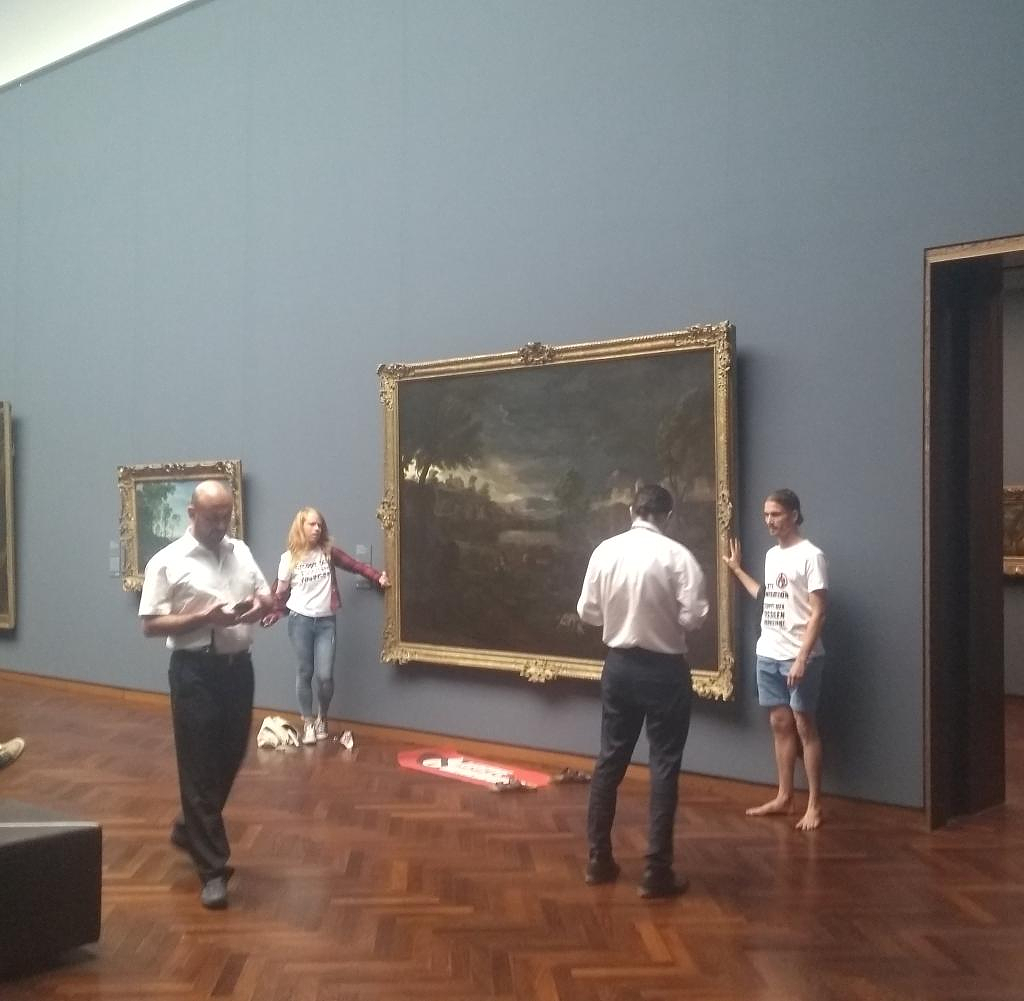 Another protest action in the art museum: on Wednesday, two climate activists stuck one hand to the frame of a large painting in Frankfurt's Städel. Nicolas Poussin's picture "Thunderstorm with Pyramus and Thisbe" is now symbolic of the destructive course of current politics, the group "Last Generation" explained. A Städel spokeswoman confirmed that there had been a protest in the museum. "But operations continued as normal," she said.

According to the police, the Städel has filed a complaint against the activists. Both had been detached from the frame, said a police spokesman. According to the museum, the picture frame was damaged during the action, and the extent to which it is currently being examined.

Only on Tuesday there was a similar action in the Old Masters Picture Gallery in Dresden. Two activists from the "Last Generation" had each taped a hand to the frame of Raphael's "Sistine Madonna". The gallery was initially closed after the incident and all visitors had to leave the building. The police confirmed on Tuesday that investigations into the two activists are ongoing.

"With actions like today's, the resistance against the course of the federal government is unignorably carried to places of art and culture," said the "Last Generation" on Wednesday. "Places that will fall victim to an absolute collapse of the global climate and a subsequent collapse of social systems, as will countless lives, if the emergency brake is not finally pulled."

This year, climate activists of the "last generation" have already blocked hundreds of streets nationwide. The activists are demanding that Chancellor Olaf Scholz (SPD) and Economics Minister Robert Habeck (Greens) do more to expand renewable energies.

‹ ›
Keywords:
TexttospeechNewsteamAufstand Der Letzten Generation (Aktivisten)KlimaschutzGrünePolizeiAlte MeisterOlaf ScholzThisbeSPDKrimiPolitikNicolas PoussinRobert Habeck
Your comment has been forwarded to the administrator for approval.×
Warning! Will constitute a criminal offense, illegal, threatening, offensive, insulting and swearing, derogatory, defamatory, vulgar, pornographic, indecent, personality rights, damaging or similar nature in the nature of all kinds of financial content, legal, criminal and administrative responsibility for the content of the sender member / members are belong.
Related News