Jose Antonio Rosales (spokesman for the municipality group of Citizens in Las Gabias Hijar) has presented to the plenary session of institution a proposal to create a provincial-level network to protect domestic animals. 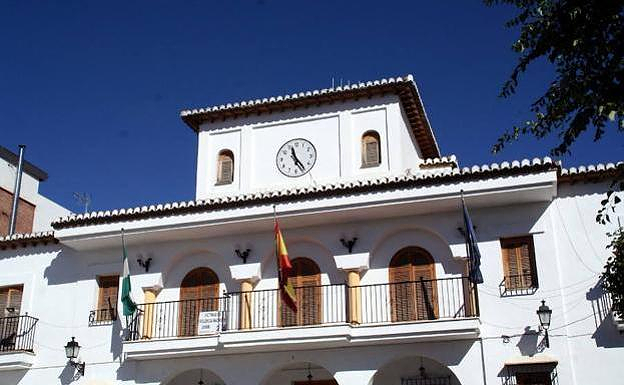 Jose Antonio Rosales (spokesman for the municipality group of Citizens in Las Gabias Hijar) has presented to the plenary session of institution a proposal to create a provincial-level network to protect domestic animals. This would be an effective way to prevent animal abandonment and improve animal welfare. The orange party has asked the Provincial Council of Granada for the creation of so-called Official Eco Nuclei in different parts of the province. Each unit will have a veterinary unit and caregivers.

Rosales pointed out that "the growing awareness against animal abuse and abandonment is a social problem and not just a private conflict." While it is true that some initiatives have already been taken, such as the designation of Granada as a province without animal slaughter (thanks to a proposal by Citizens in the Provincial Council), it is important to keep moving forward in coordination and participation of all public power and establishing a new management system for the collection and custody centres for abandoned animals>>.

According to the spokesperson, the percentage of animals being occupied by abandoned animal centers has increased 16% over ten years. This is despite the fact that the number of such centers has remained stable, which has led to an increase in the amount of animals. NEOs are designed to monitor and control the census of domestic animals to prevent abandonment. They advocate for exceptional permanence of animals within the NEOs through a format that includes both a census of people who will provisionally accept the animals and another one with the adopters.

With the support of Izquierda Unida and Partido Popular, the Ciudadanos initiative was approved in plenary. It outlines the operation of NEOs and includes tasks such as provisional shelter, urgent veterinarian review, verification of owner, and sterilization and chipping if necessary.

Rosales also stated that a list of people who are committed to taking care of the animals until their new or old owners is found will be kept. They will receive free maintenance and veterinary help. Rosales stated that only animals who are not adopted or received by the NEO will be granted permanence. She stressed the importance to carry out an objective assessment based on indicators of compliance to the network's objectives of care, protection, and optimization.

‹ ›
Keywords:
CiudadanosGabiasProponeCrearGranadinaProteccionAnimalesDomesticos
Your comment has been forwarded to the administrator for approval.×
Warning! Will constitute a criminal offense, illegal, threatening, offensive, insulting and swearing, derogatory, defamatory, vulgar, pornographic, indecent, personality rights, damaging or similar nature in the nature of all kinds of financial content, legal, criminal and administrative responsibility for the content of the sender member / members are belong.
Related News