The fair, for which Tom Cruise has passed as a great star, has brought together 3,000 exhibitors and distributors. 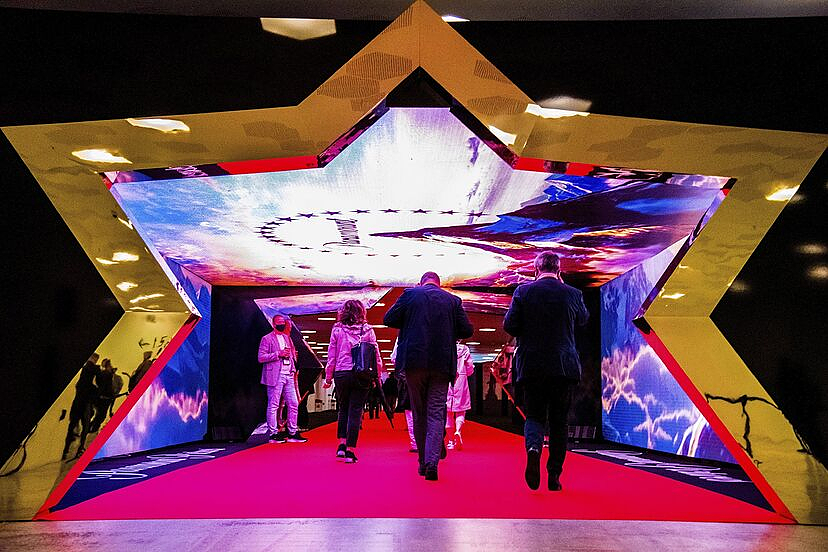 The fair, for which Tom Cruise has passed as a great star, has brought together 3,000 exhibitors and distributors.

CineEurope, the largest film industry convention in Europe, closed its doors yesterday in Barcelona after three intense days in which the main Hollywood and Old Continent studios have gathered to show their upcoming releases to distributors. The event has brought together more than 3,000 exhibitors and distributors from the sector and has hosted talks, seminars and the latest technological developments for movie theaters.

For the tenth consecutive year, CineEurope has taken place at the Barcelona International Convention Center (CCIB), managed by Fira de Barcelona. The fair is produced by The Film Expo Group and acts as the official convention of the International Union of Cinemas (Unic), an entity that represents exhibitors and their national associations from 39 European countries.

This edition, the main international studios that have come together have been Walt Disney Studios, Paramount, Universal, Sony, Warner Bros, Unifrance, StudioCanal and Pathé. One of the stars in the screenings was Triangle of Sadness, Ruben Östlund's film that won the Palme d'Or at the recent Cannes Film Festival.

For presentations, the CCIB Forum Auditorium has been converted into a movie theater with a large screen 17.9 meters wide and 7.5 meters high, eight Cionic RGB laser projectors and 42 K.C.S. Like last year, the big star of the congress was actor Tom Cruise, who made a brief visit to Barcelona to support the industry after the premiere in South Korea of ​​his latest film, Top Gun: Maverick. During his speech at the Paramount conference, a trailer for his next film, Mission: Impossible 7, which will hit theaters at the end of 2023, was shown.

CineEurope was also attended by 80 technology companies specializing in entertainment and the film industry, occupying an exhibition space of 9,000 square metres.

‹ ›
Keywords:
CatalunyaArteCultura Y Espectáculos CineCataluñaHollywoodSonyFestival De CannesFira Barcelona
Your comment has been forwarded to the administrator for approval.×
Warning! Will constitute a criminal offense, illegal, threatening, offensive, insulting and swearing, derogatory, defamatory, vulgar, pornographic, indecent, personality rights, damaging or similar nature in the nature of all kinds of financial content, legal, criminal and administrative responsibility for the content of the sender member / members are belong.
Related News